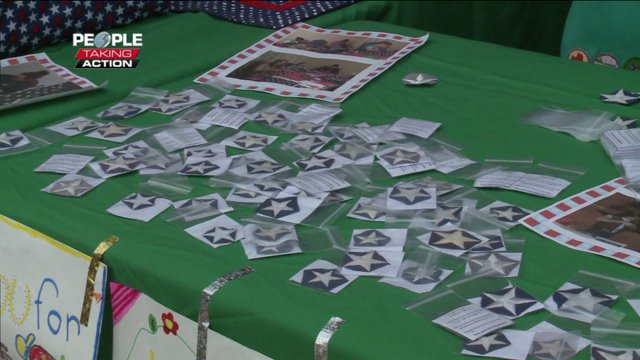 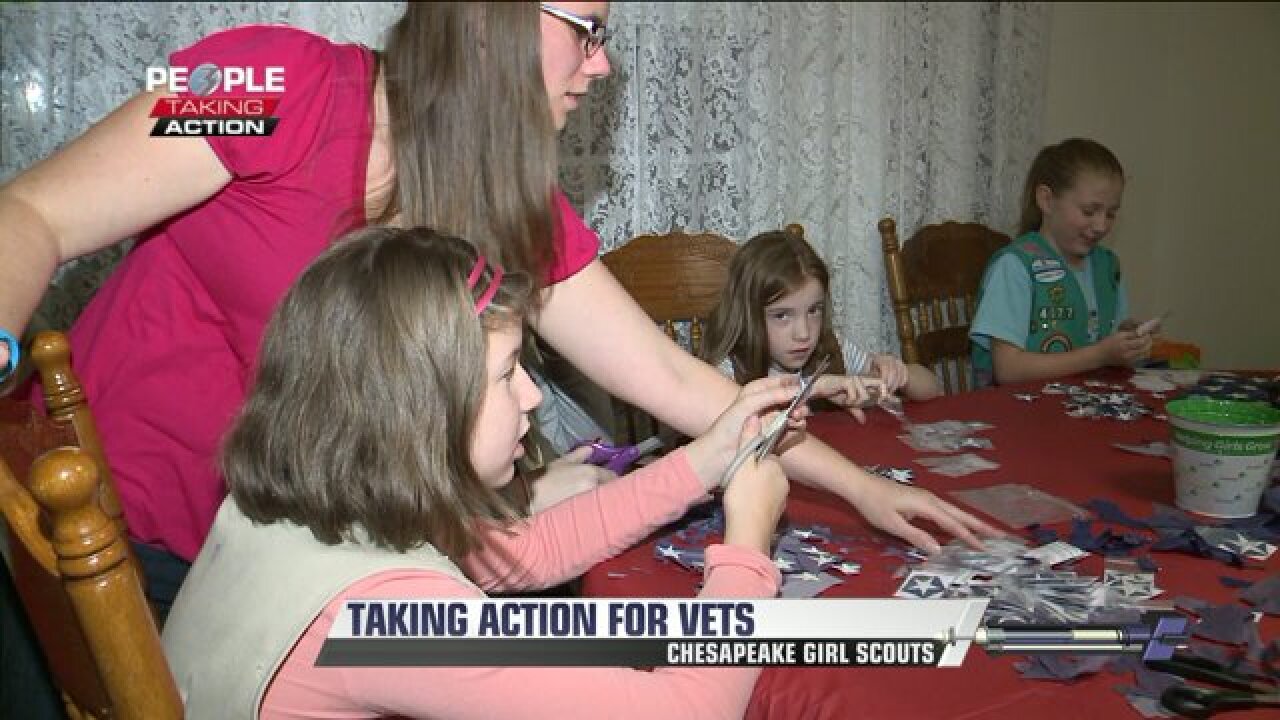 A project for Girl Scout troop 4077 turned into special gifts for military veterans and active duty personnel going in and out of the Navy Exchange at Naval Station Norfolk and it wasn’t what most people expect when they see Girl Scouts.

“I wasn’t sure if cookies were in my future or not but I was pretty overwhelmed when the little girl gave me this star,” said one recipient.

And it’s not just any star… it’s one from our American flag. The troop participated in the Stars for our Troops program, taking old flags that can no longer be flown and cutting out the stars before the flags are properly disposed.

Some carefully cut out the stars and placed them in tiny bags while others tucked a tiny piece of paper inside, bearing a special message to our veterans and active duty personnel.

“I am part of our American flag.”

“I have flown over a home in the USA.”

“The sun and winds have caused me to become tattered and torn.”

“Please carry me as a reminder.”

“You are not forgotten.”

NewsChannel 3 presented Troop 4077 with a People Taking Action Award and a $300 VISA gift card from our community partners at Southern Bank.

Note: Viewers have asked if cutting out stars from the American flag is appropriate. The organization behind this project, Stars for our Troops, points to the United States flag code, which in part states that the flag, when it is in such a condition that it is no longer a fitting emblem for display, should be destroyed in a dignified way, preferably by burning. The organization says this Code is a recommendation and that they believe repurposing the stars is considered dignified.