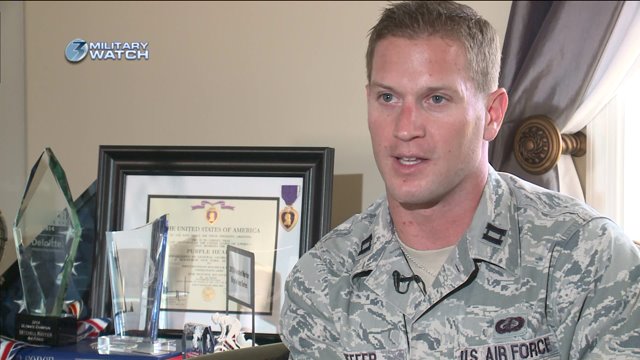 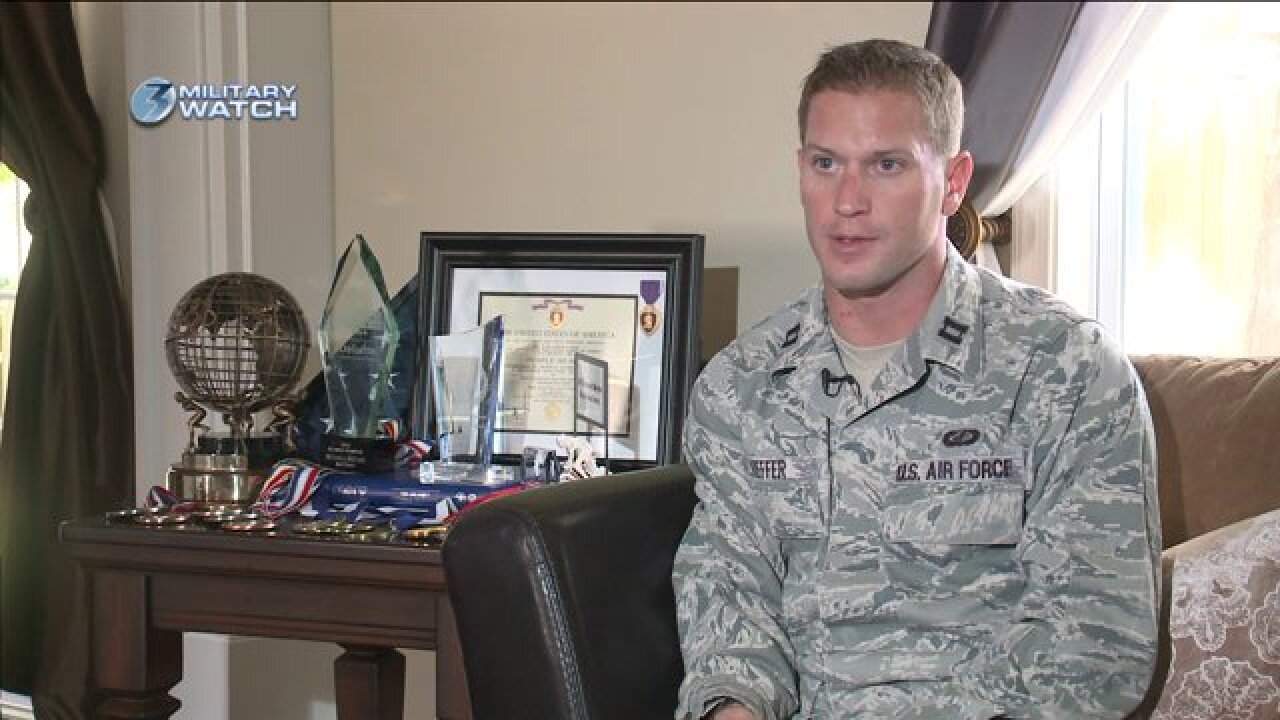 Virginia Beach, Va. (WTKR)- A Virginia Beach Air Force Captain has once again won the title of 'Ultimate Champion' at the Warrior Games.

Captain Mitchell Kieffer snagged the title for the second year in a row at the conclusion of the games in Colorado on October 4.

It is a competition for 200 wounded and injured men and women including active duty and veterans.

Kieffer became involved in the Warrior Games while recovering from a traumatic brain injury he suffered on February 21, 2011 in Iraq.

He was on a deployment with the U.S. Army Corps of Engineers, an assignment for which he had volunteered.

"I joined the military not to go kill people, but mainly to keep the peace so rebuilding Iraq. Police stations, hospital, telecommunications center," he told NewsChannel 3's Todd Corillo.

He was on a convoy with several Army members and British contractors outside of Baghdad when they came under attack.

Ordinarily they would have taken mine-resistant ambush-protected vehicles (MRAPs) but they weren't available that day.

"We were stuck in our lightly armored SUVs which will take about a bullet from an AK-47 round," Captain Kieffer explained.

The convoy was attacked by IEDs, rocket propelled grenades and gunfire.

Then an explosively formed penetrator IED ripped through Kieffer's truck.

"It went through the lightly-armored SUV. Traveled about two feet in front of my forehead across the vehicle. Dragged the inside. All the lights were dislodged hanging by the wires," he remembers.

"I woke up after being knocked unconscious from the blast - just seeing the interior kind of in shambles filled with smoke and expecting the worst I just looked around but all my guys were still moving."

Captain Kieffer earned a Purple Heart for his actions in Iraq that day, including protecting his fellow teammates.

All the men in the convoy survived, but Kieffer still carries wounds from the attack, including traumatic brain injury and PTSD.

While he was recovering from the serious pain - his head hurt constantly and his cognitive speed had deteriorated - Kieffer met his now wife Ana Maria in Florida.

Her family is from Peru and he made the decision to learn Spanish, something he credits with helping his recovery.

It was during that time period that he also began work on his Master's degree in Analytical Math, a process he admits wasn't easy.

"That was starting 6 months after I was wounded. It took me 7 straight hours to do that first assignment and this is simple things that I used to know but I just sat there for those 7 hours," Kieffer remembers.

While juggling all of that, Maj. (Dr.) James Bales, a former teammate of Kieffer's on the Air Force Triathlon team, approached him about the Warrior Games.

"He said 'Really, you’re the best fit and I’m going to make you the Ultimate Champion.'  So I replied, 'Okay, sure.'"

The title of Ultimate Champion is based on five competitions: a 50-meter freestyle swim, rifle shooting, a 100 meter sprint, a 30km cycling event and shot put.

"The most memorable was when my girls ran up on stage and I felt like they almost tackled me at the time and when I came off it was just seeing the gleam in their eye."

In late September, Kieffer returned to defend his title.

"I was really wanting to just show myself and show everyone else that I had come back with a vengeance."

He did. Winning the title of Ultimate Champion for the second-year in a row, all while battling the flu.

"It was pretty rough. I would say I thought I was just having off days but in hindsight I now absolutely realize why I wasn’t performing at my best."

Now he's getting ready for a new challenge in life.

"Two years is good. Now I want to let someone else go in- we’ve got some other Air Force performers in the midst so I think they are going to keep the title with the Air Force but it is time for someone else."

Kieffer will soon begin the transition out of the military, but he leaves it as Ultimate Champion in so many ways.