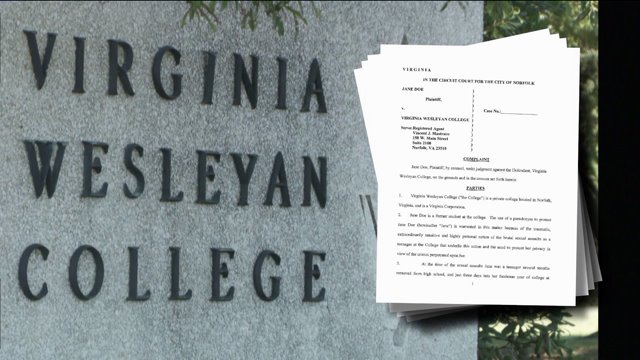 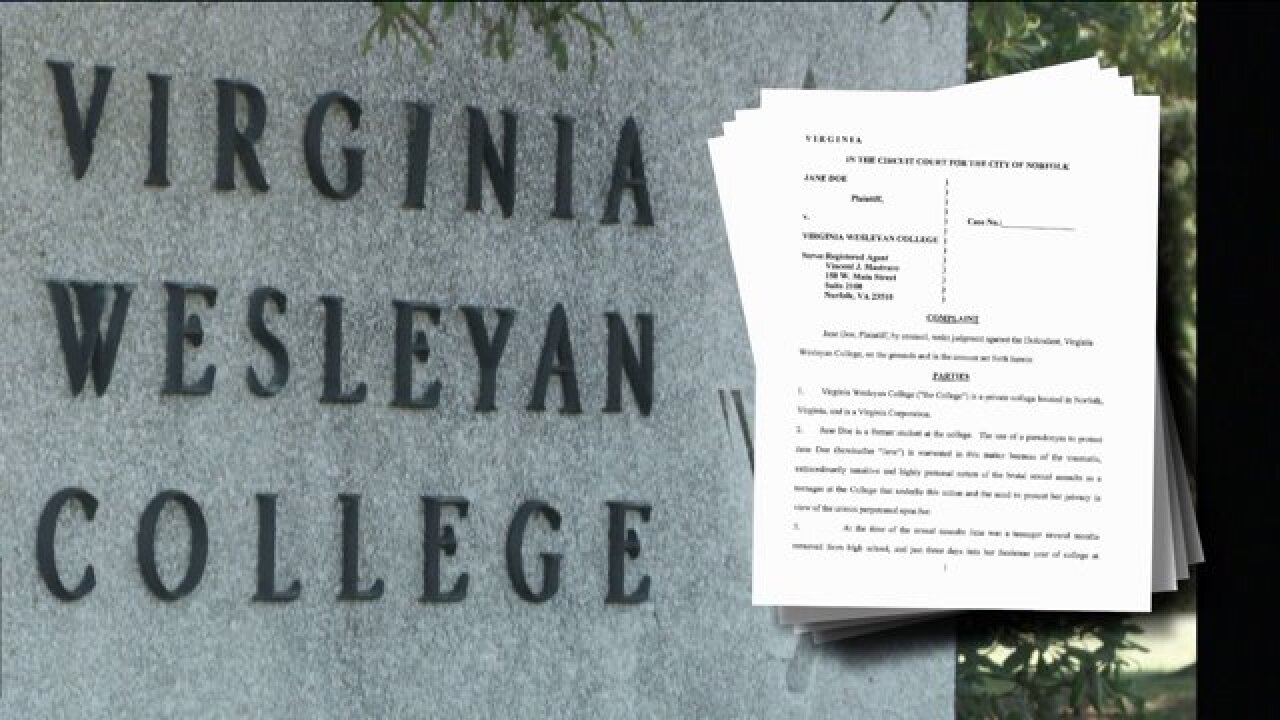 A lawsuit filed Friday against Virginia Wesleyan College claims the small liberal-arts school has one of the highest sexual-assault rates in the state, and records from the Department of Education, analyzed by NewsChannel 3, back the charge.

The security records show that in 2010, VWC had the highest rate of on-campus sexual assaults. The school that year reported six assaults, but with a student population of less than 1,300, that works out to a rate of 4.6 per 1,000 students. The University of Virginia reported 17 on-campus sexual assaults that year, the highest total in the state. But the university's enrollment was listed at more than 24,000. That gave UVa. a rate of .69 per 1,000 students.

In 2011, VWC reported no crimes of any kind on campus. The next year, 2012, the sexual-assault rate was the second-highest in the state. That's also the year a freshman claims she was drugged and later raped in a dorm by a lacrosse player.

The lawsuit claims "The College knew that male students were drugging female students, rendering them incapacitated, and raping them" while security guards and college officials turned a blind eye. The suit further states the lacrosse player was expelled for the attack, but his record was later changed to "withdrawn" so he could enroll in another school.

The suit says the victim, filing under the name "Jane Doe," struggled for months to physically and emotionally recover from the five-hour attack that left her bruised and bloody. She's suing for $10 million.

On Friday, VWC officials said they could not comment on the lawsuit. Today, when asked about the sexual-assault statistics, the college's spokeswoman did not return a message.