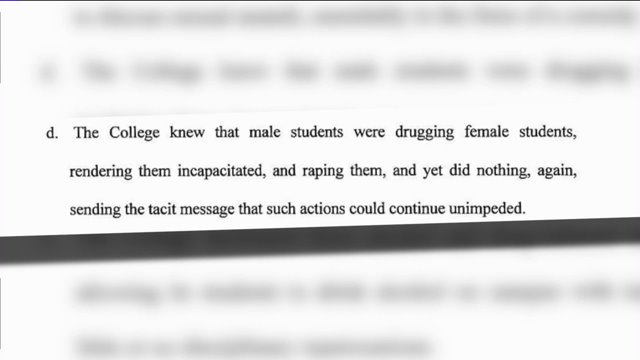 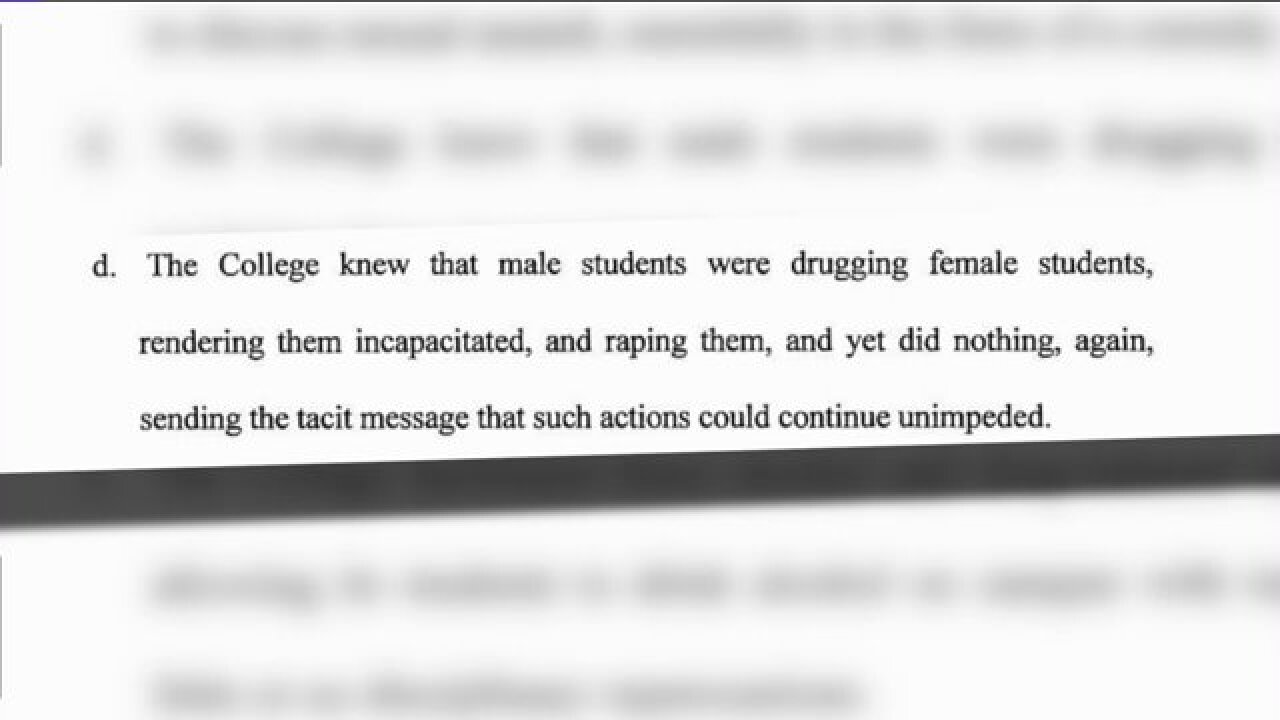 A ten-million dollar lawsuit accuses a Virginia Wesleyan lacrosse player of rape, and it accuses the school of giving him a break so he could transfer to another campus.

The lawsuit filed today in Norfolk doesn't mince words. It says "The College knew that male students were drugging female students, rendering them incapacitated, and raping them..." while security guards and college officials turned a blind eye.

The woman filing the lawsuit is using the name "Jane Doe." Her attorney says that is to protect her privacy. She says that as a freshman in 2012, a student who had the title of "peer advisor" took her to a party where she was drugged. The lawsuit alleges an upper-class lacrosse team member followed her from the party, forced her into his dorm and raped her.

The suit says the attack left her "battered, bruised and bloodied." It further says a security guard later "witnessed her bloody shorts, yet offered no assistance."

The document includes exhibits from the U.S. Department of Education, showing Virginia Wesleyan has per capita one of the state's highest rate of sex assaults and alcohol violations.

According to college documents included in the lawsuit, officials at first expelled the lacrosse player. But in a letter to his accuser later, they told her they changed their decision, and let him instead withdraw from the college so he could attend school elsewhere. NewsChannel 3 is not identifying the lacrosse player yet because we have not been able to talk to him. According to "Jane Doe's" lawyer, the attacker was not criminally prosecuted.

In an email to NewsChannel 3, a college spokeswoman said: "While we sympathize with Jane Doe, the college denies any allegation of improper conduct and will vigorously defend this lawsuit." NewsChannel 3 obtained a text alert sent to VWC students today with similar wording.

The student's lawyer says the young woman needed psychiatric help and counseling after the attack. The suit seeks 10 million dollars.