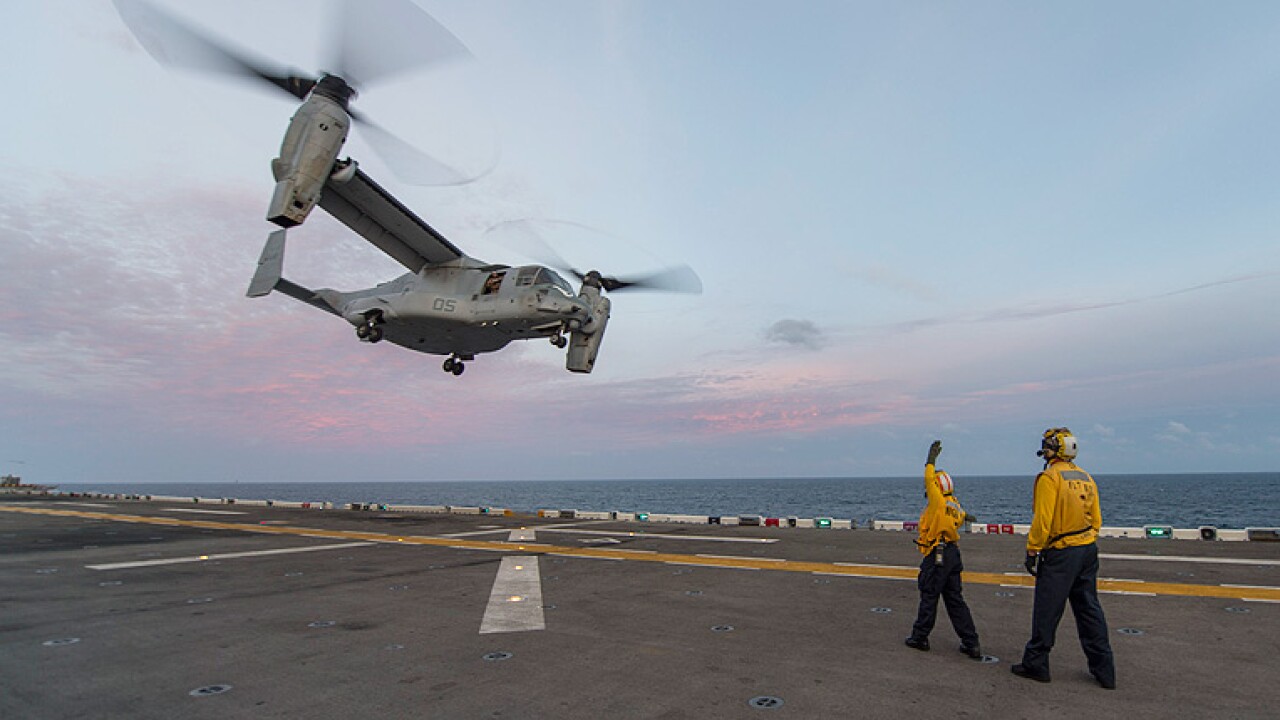 U.S. forces in the North Arabian Gulf concluded a search and rescue operation for a missing Marine Corps aircrew member today at 3:00 p.m. after efforts to locate him were unsuccessful.

The Marine is presumed lost at sea.

The Marine went into the water yesterday when the Osprey he was aboard lost power shortly after takeoff from USS Makin Island. Another air crewman also exited the aircraft at the same time and was safely recovered. He is in stable condition aboard Makin Island.

Navy, Marine Corps and Coast Guard personnel conducted an extensive search of the area using all available assets, which continued throughout the night and the next day.

The Osprey’s crew was participating in flight operations in support of its current mission at the time of the mishap.

The Navy and Marine Corps will investigate the cause of the incident. Under Department of Defense policy, the name of the Marine will be withheld until 24 hours after family members have been notified.

The Makin Island, with embarked elements of the 11th Marine Expeditionary Unit, is currently on a scheduled deployment to the U.S. Central Command Area of Responsibility where it is supporting operations in Iraq and Syria and throughout the region.