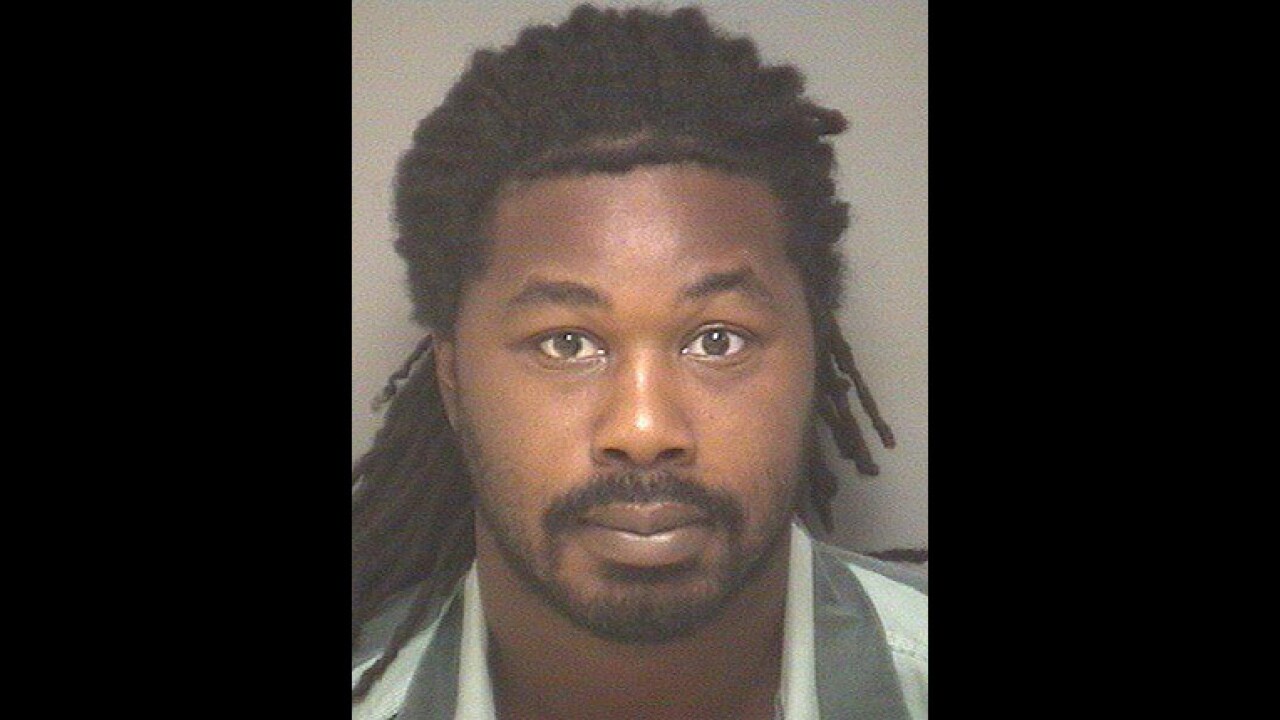 Charlottesville, Va. – For those who know Jesse Matthew, the accusation that he abducted Hannah Graham or that he is linked to the Morgan Harrington case in any way, is hard to believe.

One of the Covenant High School football players who played with Matthew told WTVR he was stunned by the allegations.

“He was a good guy, he was very religious,” the player said.

“He was a quiet guy. He was very quiet,” Deyard Milligan said.

Joe Gurak, whose father worked with the suspect, said Matthew “didn’t seem necessarily like a guy who would do something like that.”

In fact, friends from Moticello High School described Matthew as “the big man on campus” and a “teddy bear.”

However, court records obtained by CBS 6 News reveal a man who also had a violent temper at times.

In 2009, the now 32-year-old was accused of following a driver he thought cut him off, then punching the man in the face twice and taking his phone near a convenience store.

That driver claims Matthew actually drove him to the hospital after the confrontation, WTVR reports.

Additionally, Matthew was found guilty of trespassing in 2010 at the now closed Bucks Auto Repair after he was asked to leave four times.

And it has been widely reported that Matthew was accused of sexual assault on the campus of Liberty University in 2002.

Police are also investigating to see if Matthew can be tied to several other cases in the area:

In August 2009, Heidi Childs and her boyfriend of four years, David Metzler, were shot dead with a rifle in a national park about 10 miles from the Virginia Tech campus in Blacksburg.

Three years later, authorities in Montgomery County, Virginia, announced they had DNA evidence in the case. They didn’t say how the DNA was obtained.

“We have DNA, we are aggressively and actively pursuing you,” Sheriff Tommy Whitt said, according to CNN affiliate WJLA. “We will not rest until you are apprehended.”

The Washington Post reported at the time of the killings that Childs’ body was outside the car, while Metzler was inside the vehicle.

Sheriff’s Capt. Robert New confirmed Tuesday to CNN’s Jean Casarez that “they are following this case (of Jesse Matthew) closely” to see whether it is connected to the killing of Childs, 18, and Metzler, 19.

The area is two hours from Charlottesville and 90 minutes from Liberty University in Lynchburg, where Matthew once attended college more than dozen years ago.

Cassandra Morton, 23, was reported missing in October 2009 in Lynchburg. About seven weeks later, her body was found off a hiking trail at the bottom of Candlers Mountain.

Parts of her decomposed body, including her head, were found scattered, CNN affiliate WSLS reported in 2012, though officials attributed that to animals. A spokesman for the Campbell County Sheriff’s Office said Morton was found under brush as if someone tried to hide the body.

Officials believe she was killed elsewhere, the station reported.

Her body was discovered by a hiker.

Campbell County Sheriff Steve Hutcherson said Tuesday that his office never closes homicide cases. “We follow up on any leads, we have to do due diligence, and we have to leave no stone unturned,” he said, while telling CNN they will investigate to see whether there is a connection to Graham’s disappearance.

The sheriff noted that Morton was reported missing by her parents the same day as Morgan Harrington, a Virginia Tech student whose body was found in January 2010.

“There are definitely some similarities, and it warrants further looking into. We’re going to do everything we can to prove or disprove. … We’ll do more investigations and see where it leads us.”

Morgan Harrington, a 20-year-old Virginia Tech student, also disappeared in October 2009. She went missing while attending a Metallica concert in Charlottesville after becoming separated from her friends. She was last seen hitchhiking.

Harrington’s purse, with her identification and cell phone inside, was found the next day in an overflow parking lot near the arena, police said. A necklace she wore and her camera were never recovered.

Jesse Matthew is linked to her death through DNA, law enforcement sources have told CNN. Virginia State Police only have said that there is a “new forensic link” between Harrington’s and Graham’s cases.

Harrington’s skeletal remains were found in January 2010 on a large farm about 10 miles from where she was last seen.

In July of that year, state police announced that forensic evidence linked her death to the 2005 case of a woman who said she was abducted and sexually assaulted in Fairfax, near Washington. It was later revealed it was DNA recovered in Harrington’s killing that was linked to the Fairfax attack.

The woman described the man she said attacked her and police and FBI circulated a sketch of the suspect. The FBI said the suspect is an African-American man with facial hair. In 2005, he was between the ages of 25 and 35. He was thought to be 6 feet tall.

Orange Police Chief James Fenwick told CNN: “We are in the process of looking at it now; we would be derelict in our duties if we weren’t doing that.”

Looking at any possible ties is “something we can’t ignore,” he said.

Clarke, 19, disappeared after slipping out of her townhouse after midnight. She told her 14-year-old brother that she was going out with friends.

Her mother, Barbara Tinder, thinks a convicted murderer could lead authorities to her.

“Randy Taylor come and picked her up. He called here six times,” Tinder told Charlottesville television station WCAV. “Why would you call my daughter six times if you ain’t trying to lead her on or try to talk her to come out the house, or try to do something?”

Taylor, 43, has been sentenced to two life terms in a separate case — the 2013 abduction and murder of Alexis Murphy, although the teen’s body has never been found.

Taylor was seen on surveillance video at the same gas station as Murphy, 17. He has maintained he is innocent, saying he and Alexis went back to his camper to smoke marijuana with another man.

The other man was not Jesse Matthew, the Commonwealth Attorney for Nelson County, Anthony Martin, said.

Suspect in Hannah Graham case now back in Virginia

Hannah Graham suspect was questioned in 2002 rape accusation, will be extradited today

UPDATE: Police release details about person of interest in disappearance of Hannah Graham