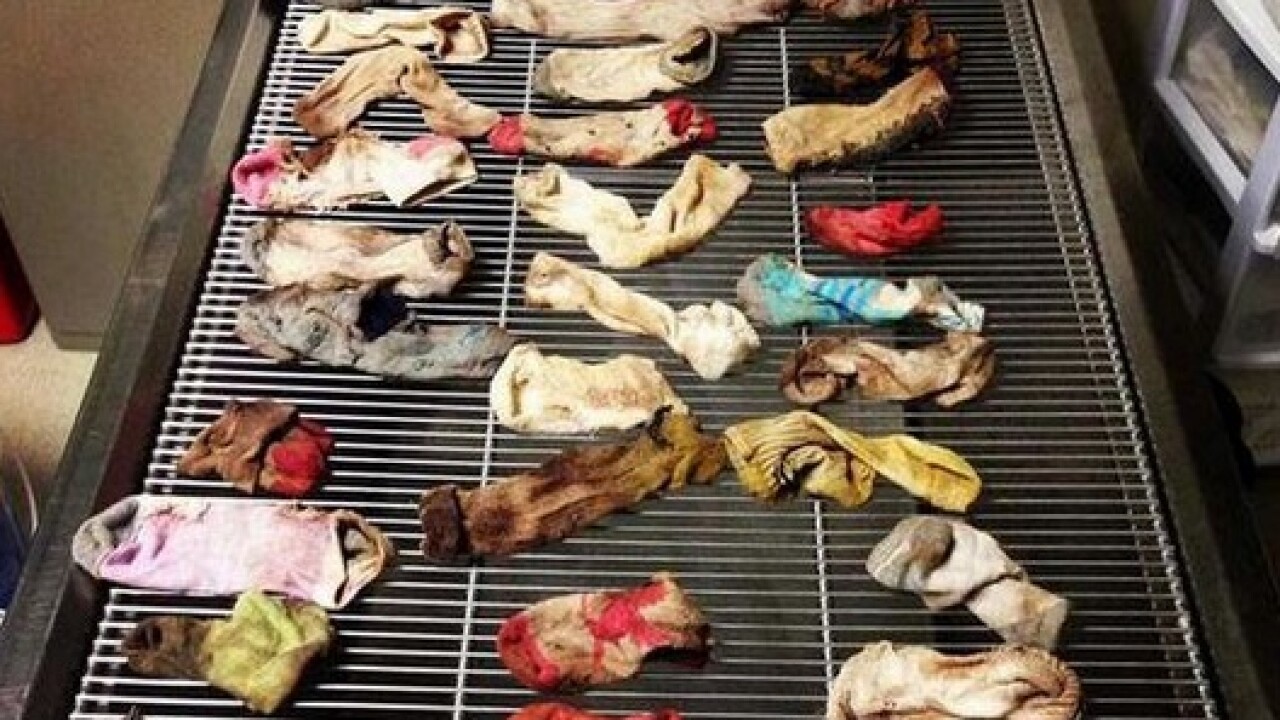 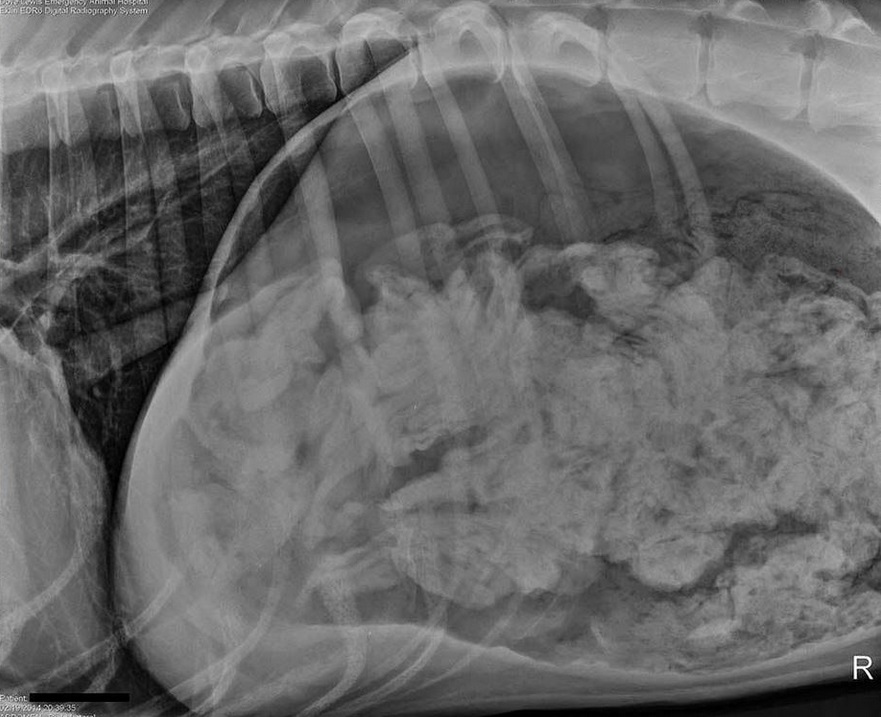 Apparently they make pretty tasty snacks too, if you’re not too discriminating and you happen to be a 3-year-old Great Dane.

Just don’t eat too many.

And by too many, 43 would be a good example.

“We opened up his stomach and kept removing sock after sock of all different shapes and sizes,” Dr. Ashley Magee at DoveLewis Animal Hospital in Portland, Oregon, told CNN affiliate KGW.

The super-sized pooch had shown a hankering for socks before, but the extent of the problem wasn’t apparent until he got sick and the X-rays showed the contents of his belly.

Oh, and those X-rays even impressed the experts. The vet clinic submitted them to the annual “They Ate WHAT?” contest at Veterinary Practice News and won the $500 third prize, losing out to a frog who gobbled up 30 rocks from the bottom his cage and a German shorthaired pointer who swallowed a metal shish kabob skewer.

The Great Dane is doing just fine. He was home a day after his surgery.

So far, no reported sock incidents.

But should he return to his sock habit, his owners can only hope that this too shall pass.