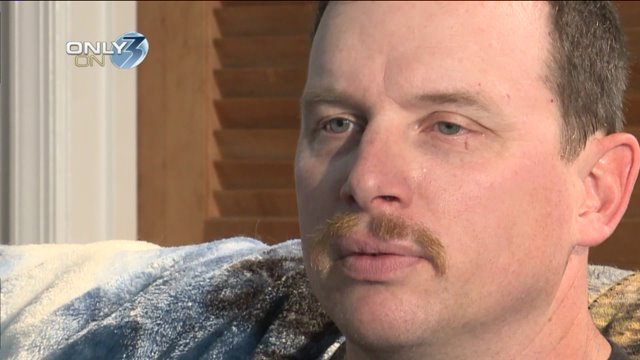 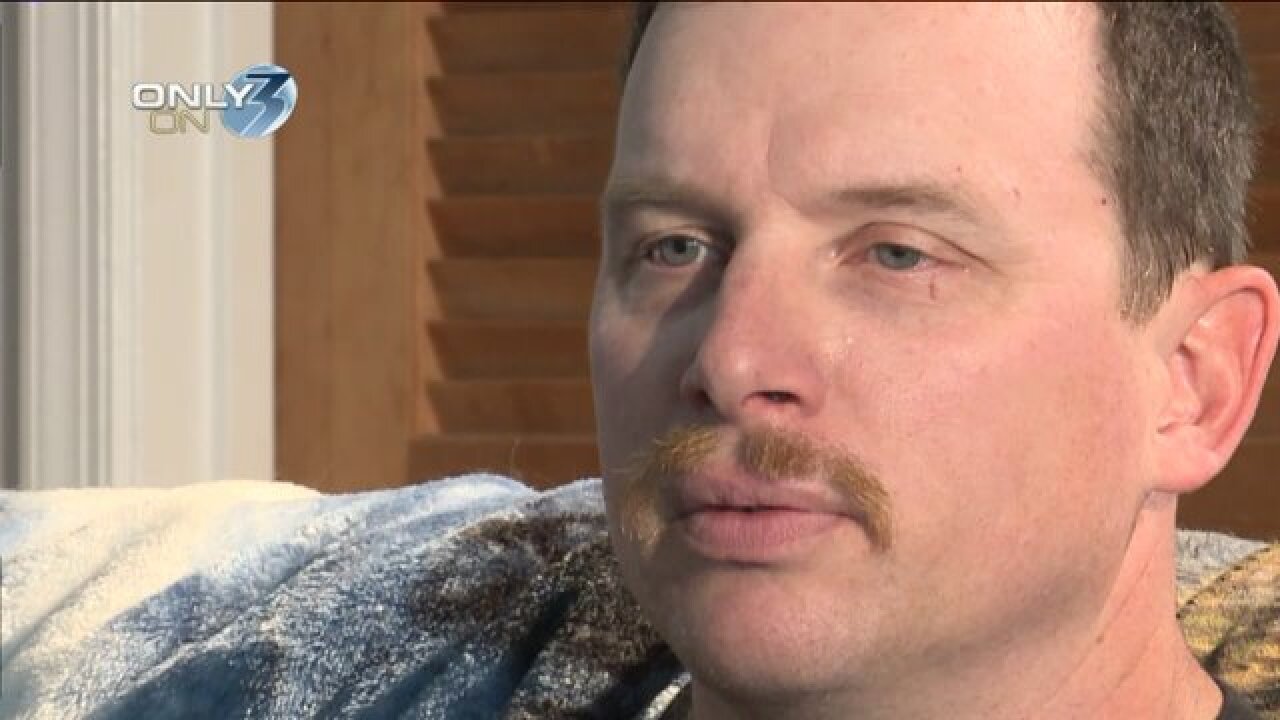 Virginia Beach, Va. (WTKR) - Nine years after a drunk driver crashed into his cruiser while on duty, former Virginia Beach Police Officer Ted Marriner believes there may finally be new hope for his recovery.

He's tried everything from physical therapy to various prescription medications, but up until this point nothing seems to give him any lasting relief from the agony.

Nine years and nothing has healed one moment on Oceana Boulevard when Ted Marriner's life came to a screeching halt.

Marriner, an 11-year veteran of the Virginia Beach Police Department, was on patrol.

He initiated a traffic stop on a driver he observed weaving between lanes, suspecting he might be drinking and driving.

Turns out that driver wasn't drunk at all, but rather very tired while driving and was falling asleep.

"I went back to my patrol car, sat down in the car, turned towards my computer to run his driver's license and registration and I sort of remember a loud bang," Marriner recalled in an interview with NewsChannel 3's Todd Corillo.

That loud bang was another car colliding with the rear of Marriner's cruiser.

"I was struck by a drunk driver who was driving down the shoulder of the road," he recalls.

His patrol car was mangled and his memories of what happened next are vague.

What photos of the crash can't show is the lasting damage done to Ted Marriner's brain.

"My understanding is the back of my head hit something in my patrol car.  At that time we had shotguns mounted behind our heads; I assume that's what I struck."

He was diagnosed with post-concussion syndrome and he can still feel the effects of the crash.

"It's very uncomfortable. Your mind just hurts. Between the headaches, the balance, the inability to interact with someone, the phone will ring and there are days you look at the phone and you can't remember how to answer the phone."

Even on the so-called "good days," life is far from pleasant.

"There are some good days where all you have is a headache, maybe some confusion and difficulty articulating what you are trying to say," Marriner said.

Leaving what he loved

In the months following the crash, Marriner tried everything doctors prescribed to try and make the pain go away.

"7 or 8 months in,  you get a feeling from the doctors that they are running out of ideas. There’s no more drugs they can throw at you, there’s no more therapies or ideas."

Unable to recover to a point where a doctor would approve him for return to active duty, Ted Marriner was medically retired from the Virginia Beach Police Department.

"Some people don't understand that being a police officer is not a job. It's what you are and what you do. It changes your entire life and to come to the realization that was gone was not a happy time."

Ted Marriner believes a giant metal tube may be the solution to giving him his life back.

"Hyperbaric Oxygen Therapy is breathing 100% oxygen at greater than atmospheric pressure. It actually forces the oxygen to dissolve into the plasma, the bloodstream, the tissues, the muscle and promote accelerated healing," explained Sarah Stoltman-Miller, program director at Hampton Roads Hyperbaric Therapy.

Marriner has studied the treatment for a while now, reading studies on it's usefulness in helping NFL players and combat veterans heal from traumatic brain injuries.

He's also talked to another injured officer who has seen results.

"He had done some lower level treatments, not quite hyperbaric, but oxygen treatments and he said it definitely helped with his headaches and sleep especially."

Since Hyperbaric Oxygen Therapy hasn't been approved as an official treatment for brain injuries, many insurance companies won't cover the cost.

Unable to hold down a full-time job since the crash, paying for the treatment out-of-pocket is prohibitive for Marriner right now.

Enter Stoltman-Miller and the staff at Hampton Roads Hyperbaric Therapy.

"Just hearing what he’s gone through and everything that he struggles with on a daily basis and all the medications that he’s tried and all the therapies that he’s tried: I said I would do whatever I could to get him in here," Stoltman-Miller explained.

The therapy is not cheap: roughly $5,000 for 40 sessions and that's almost at-cost for the center.

In order to help Marriner pay for the treatment, Hampton Roads Hyperbaric Therapy is hosting a "Concussion Discussion" on Saturday, September 6.

The seminar will feature Dr. Lambert  Parker, President and Medical Director for the Integrative Longevity Institute of Virginia.

All donations from the seminar will go towards Marriner's treatment through the Hyperbaric Hope non-profit foundation.

The seminar will be held from 10am - Noon at the Renova Wellness Center located at 129 W Virginia Beach Boulevard in Norfolk.

While Marriner will openly admit that it is hard for him to accept the help, he's grateful that something may finally give him his life back.

"From the reactions of the folks who have been through it, who have the same symptoms I do, who say they are getting relief, I believe there's a good chance it's going to help something and I'm willing to try it."

Click here to read part two of this story.