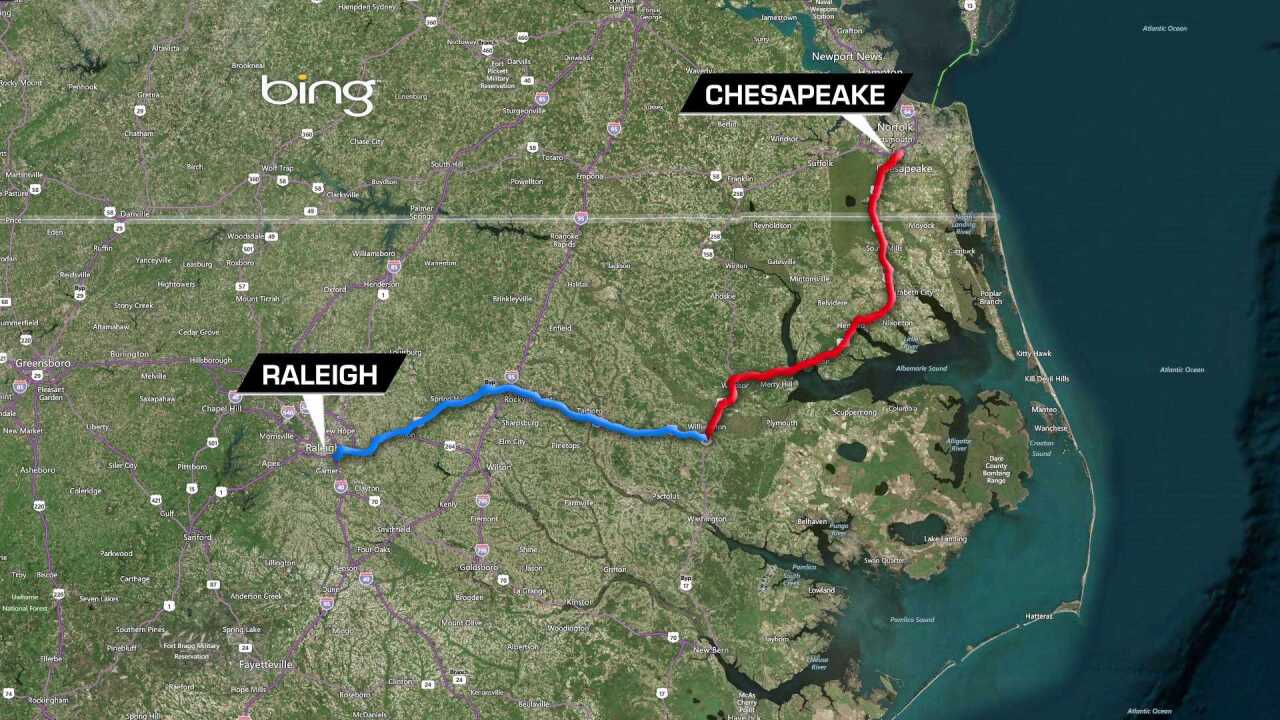 Two bills are being considered in Congress that would provide a direct route from Hampton Roads to Raleigh.

Starting in Chesapeake, I-64 would extend down the existing Route 17 into North Carolina. From there, the interstate would then overtake Highway 64 in North Carolina. This move would allow the new I-64 to connect with I-440 in Raleigh.

Overall, the plan would seemingly make it much easier to connect Hampton Roads to Raleigh.

According to the Regional Transportation Alliance, half the route already meets federal freeway standards. Her bill says the corridor connecting Raleigh and Norfolk is built to interstate standards. Since U.S. Highways 17 and 64 are prioritized when funds are allocated for federal highways, taxpayer dollars would be saved by improving on existing infrastructure.