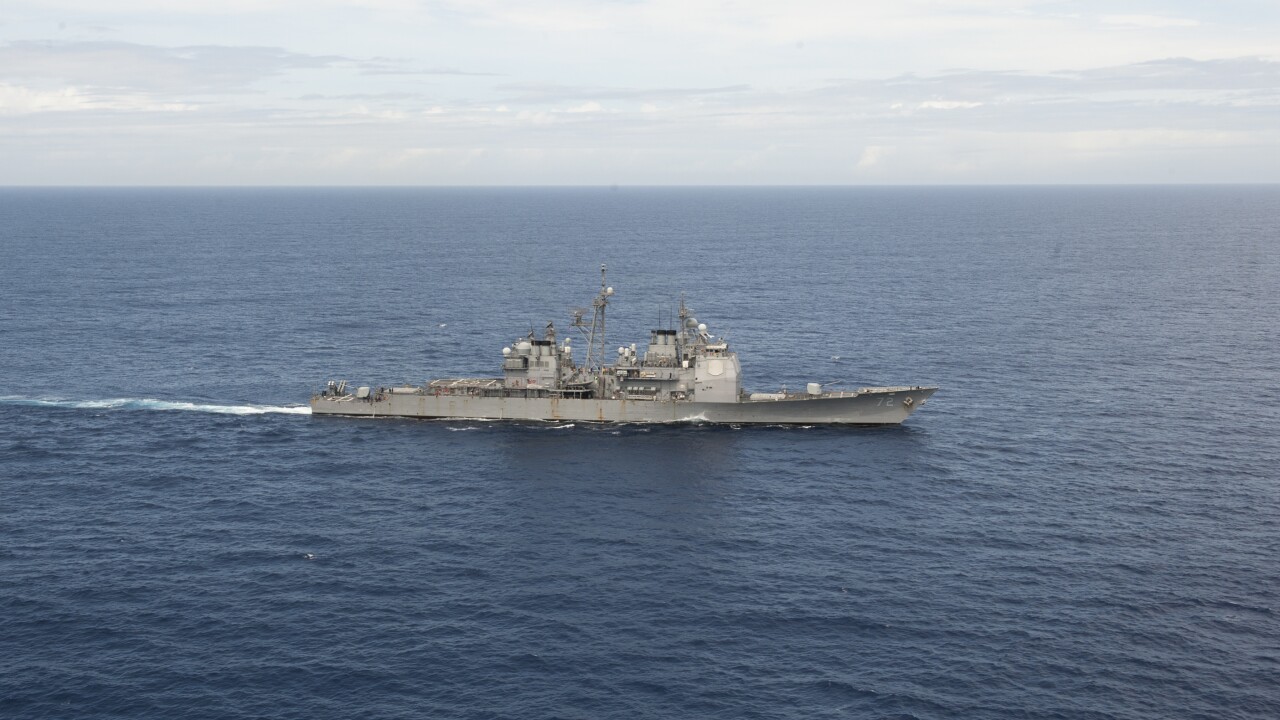 The Norfolk-based Ticonderoga-class guided-missile cruiser USS Vella Gulf will enter the Black Sea on Wednesday to promote peace and stability in the region.

According to the Navy, the Vella Gulf is deployed in a multi-mission role in the U.S. 6th Fleet area of operations to contribute to regional maritime security, conduct bilateral and multilateral training missions, and to support NATO operations and deployments throughout the region.

The ship previously made a trip to the Black Sea in May as tensions rose in the region over Russia’s actions in Ukraine.

This information was released to the public by the U.S. Navy. Click here for more details.

USS Vella Gulf heads to the Middle East on deployment