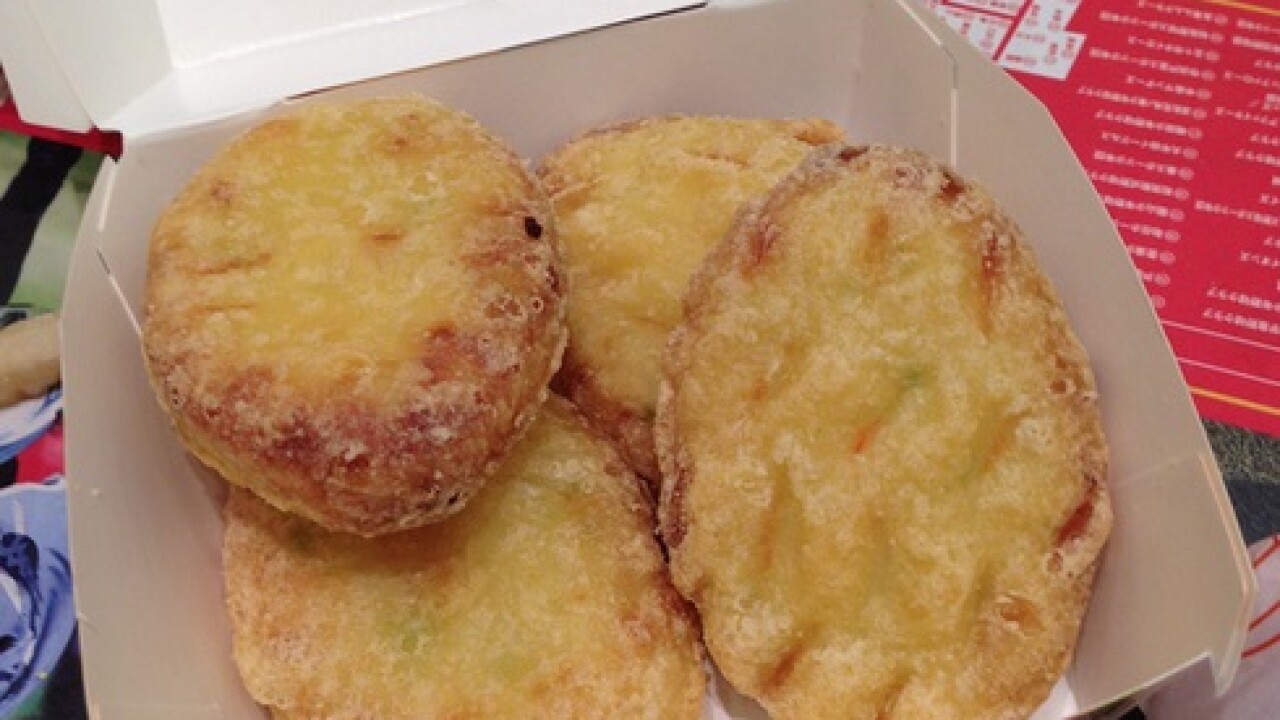 TOKYO, Japan — If you’re wary of chicken and beef products after a major meat supply scandal in Asia, the McDonald’s in Japan could have an alternative for you — tofu and fish nuggets.

On Wednesday, McDonald’s in Japan rolled out Tofu Shinjo McNuggets, a doppelganger of the Chicken McNugget made from a mishmash of minced white fish, tofu and vegetables including edamame, soy beans and carrots. Deep-fried to a golden-brown and shaped just like the original chicken version, the Tofu Shinjo McNugget is crispy on the outside and mushy on the inside.

Only in Japan: McDonald's McNuggets are made of what?! http://t.co/Jb2yUL67oZ pic.twitter.com/G0iWWF2M3j

The fast food chain is known for adding dishes with local flavor to its menu; for instance McDonald’s India has the McAloo Tikki sandwich which caters to vegetarian patrons with its potato and peas patty, and gazpacho in Spain.

Tofu Shinjo McNuggets are available from July 30 to early September only in Japan. The country’s unit of McDonald’s says the tofu and fish nuggets were planned as part of McDonald’s summer products, long before the China meat scandal broke.

Last week, a video surfaced in Chinese media, showing appalling practices in a Shanghai food-processing factory that supplies ingredients to many international restaurant brands including McDonald’s, Starbucks and Yum Brands.

Workers at the Chinese subsidiary of Illinois-based OSI Group said that the meat smelled bad, and they could be seen in the footage processing meat that had fallen on the floor. Shanghai Municipal Food and Drug Administration subsequently found that expired beef and chicken products were processed and repackaged with new expiration dates at the plant.

The tainted meat supply from the food processing plant of Shanghai Husi Food, has been found to reach across China, all the way to Hong Kong, and to Japan — where it affected 20% of their meat for chicken nuggets triggering sporadic shortages over the weekend.

By Monday, McDonald’s Japan restored most of its chicken products by getting supplies from Thailand. But it may run out of chicken products for its Chick Crisp Muffin and Chicken Egg Muffin, the company told CNN.

On Tuesday, McDonald’s Japan CEO Sarah Casanova apologized and promised to strengthen food safety measures, including more transparency in the country of origin for its products. The fast food chain in Japan said it will fall short of profits and sales targets after its longtime meat supplier was shut down.