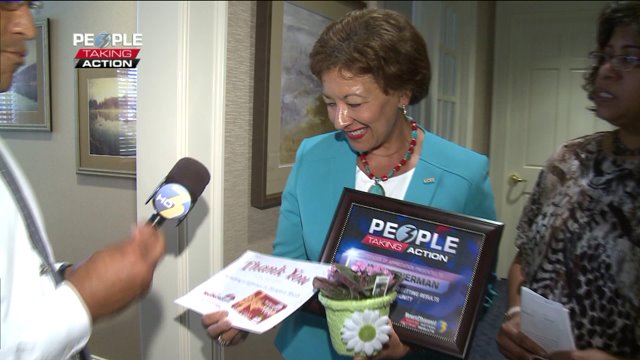 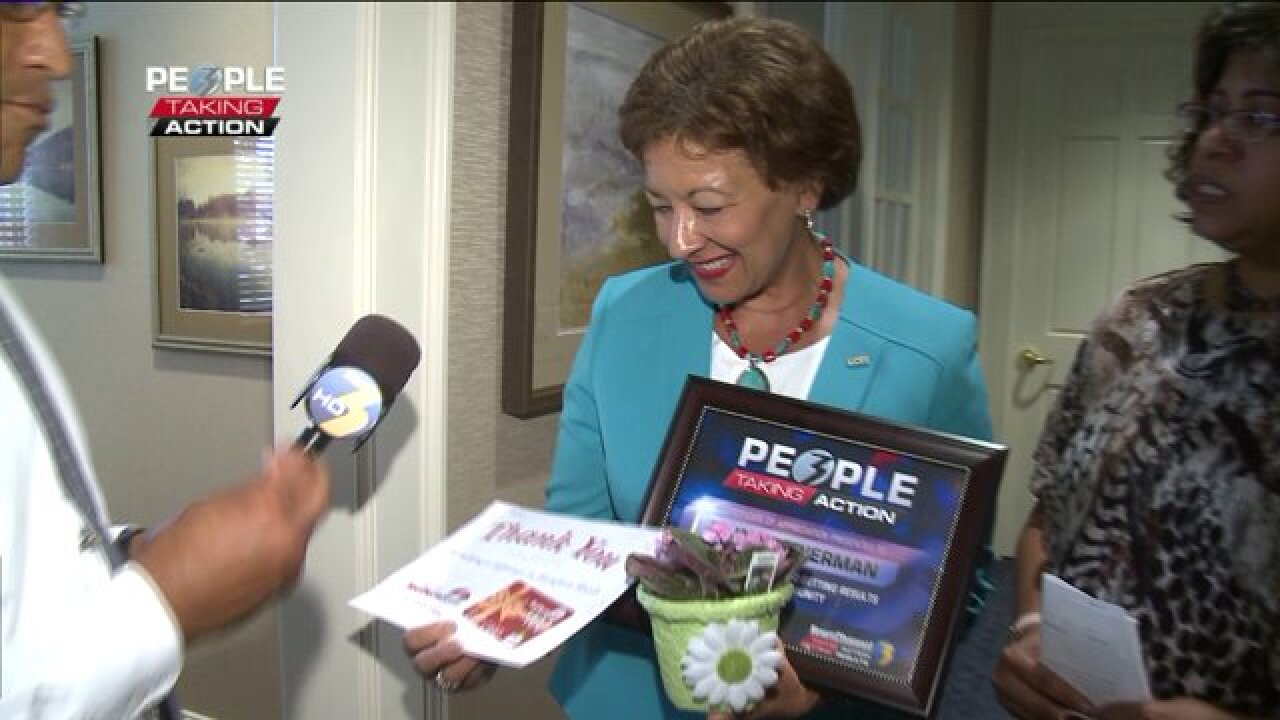 But recently Keyohsho was having health issues and Jay was having problems getting care until a stranger stepped in to help.

That stranger was the manager of Towne Bank in Norfolk off Granby Street.

Jay says she was at work talking to a co-worker expressing her frustration about getting care for her dog.

“Ms. Bowerman, who was a customer at the store I was working at, happened to overhear my conversation and approached me,” says Jay.

After overhearing that conversation, Anna recommended Jay bring her dog to a veterinary clinic off 21st Street in Norfolk.  And that wasn’t the only thing. When Jay was getting ready to pay her bill she was in for a surprise. Anna picked up the tab!

Anna didn't stop there. She paid for Keyohsho’s next visit, which included chest x-rays and some shots. Jay knows that Anna has saved her hundreds in vet bills.

“I thought how amazing this woman was. She did not even know me but reached out and helped. She has an extremely warm and caring nature and is truly God sent,” says Jay.

Anna says she was just trying to pay it forward.

For her generosity, we gave Anna a People Taking Action Award and a $100 gift card from our community partner Southern Bank.