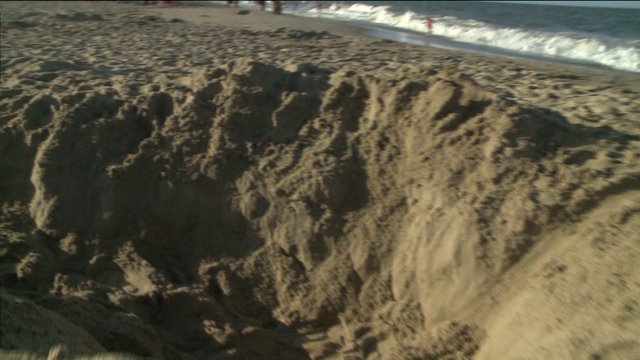 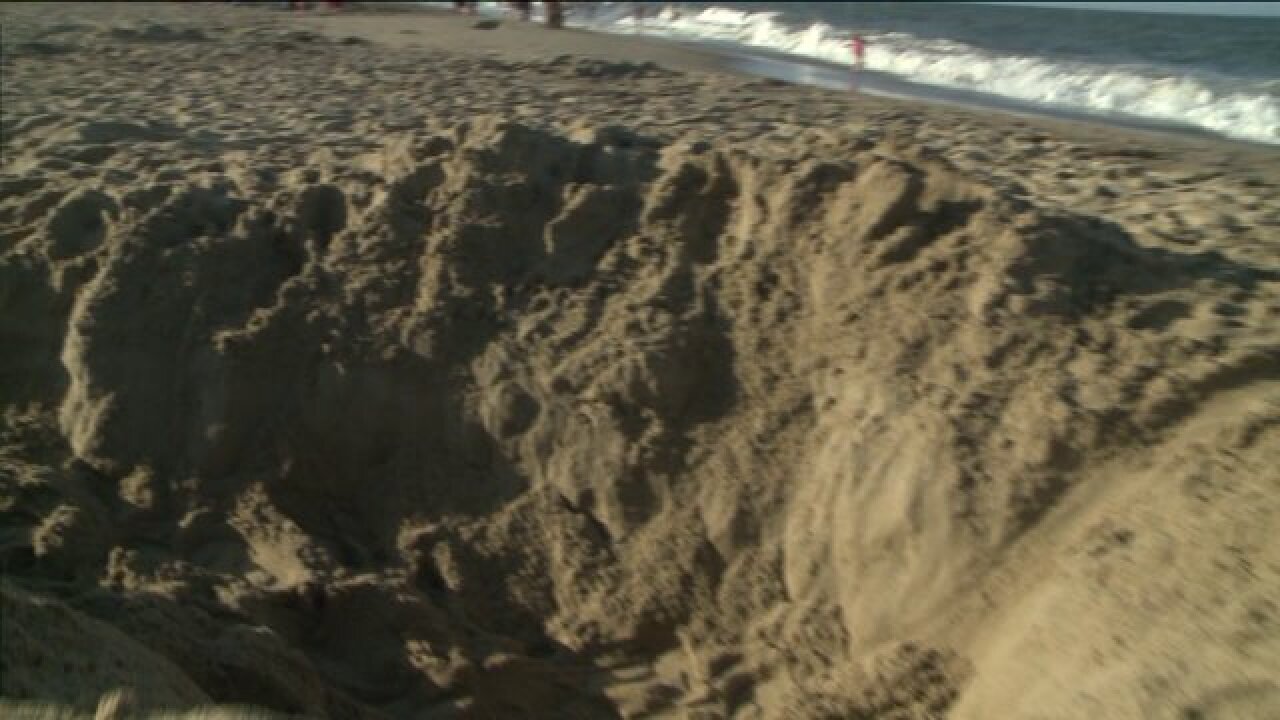 Cape Hatteras, N.C. - A man died on the beach at Cape Hatteras National Seashore on Monday after a hole he had dug in the sand collapsed on him.

The incident happened sometime Monday afternoon north of ramp 27 between the villages of Salvo and Avon, according to The National Park Service.

Officials say 49-year-old David Frasier of Fredericksburg, Virginia was unresponsive when he was pulled out of the hole that was estimated to be four feet deep. A registered nurse visiting the beach nearby tried to revive him.

NewsChannel 3 talked to rescuers in Virginia Beach, who say that type of rescue is very rare.

Digging a sand hole is completely fine on the beach, though lifeguards prohibit anyone from making a hole that's more than few feet deep.

If the Virginia Beach Fire Department has to respond to a sand rescue they won't use typical shovels in fear of hurting the person trapped in the sand.