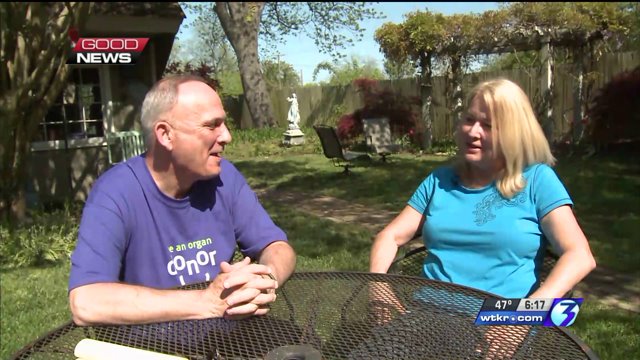 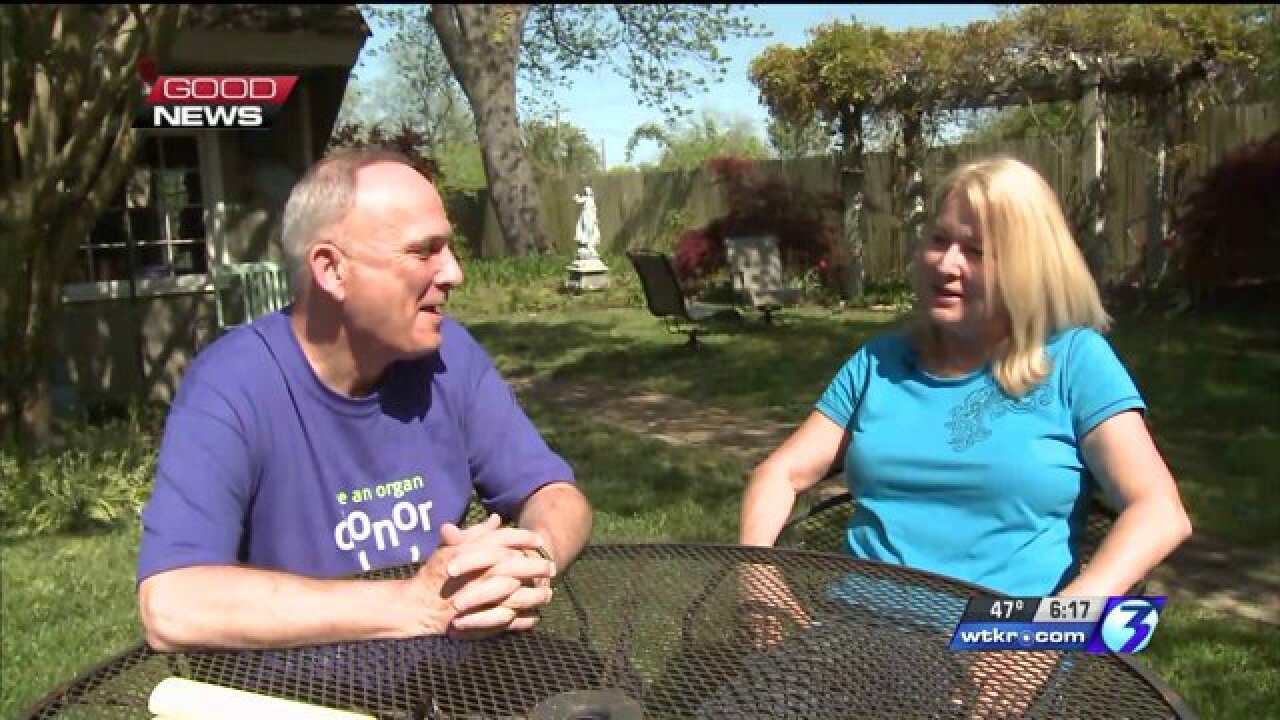 Good Friday now has a dual, special meaning for a local man who was dying for his act of bravery years ago as a Smithfield police officer.

We're talking about Kurt Beach, whose wife took to social media today to say thanks. This her post from Facebook this morning:

"5 years ago this week the doctors sent my husband home to die saying there was nothing else they could do for him. After a series of God interventions we received the amazing phone call that Kurt was infection free. A living donor match had been found and could we come in Easter Sunday to prep for transplant! When man can't...God can! happy Good Friday to you all my Facebook friends."And then it was four years after that surgery, truly amazing news for Kurt Beach.  "I am cured of Hepatitus C."

It was over a year ago Kurt Beach  shared that wonderful message from his doctor with NewsChannel 3. "He goes, 'Kurt you're cured. It's never coming back. Buddy you're done.'"

Beach's health battle started 25 years ago when this cop put his life on the line performing CPR on a little girl with Hepatitus C. "I would do the same thing 25 years ago. I wouldn't hesitate to do it."

That left him battling the incurable virus which set the stage for another battle with the state on a workman's comp claim.

NewsChannel 3 helped take action, getting the state to pay for a life-saving liver transplant five years ago.

"You guys were my advocate. You definitely were, absolutely."

But the deadly virus was in his body, so his doctors put him on an experimental cocktail of drugs. "So I was...ended up being the first on the east coast to do this therapy."

Through it all, his biggest cheerleader was his wife. "It's because she loves me. Trust me." In speaking with Kurt Beach today, he remains cancer free and says his liver functions are great. He says, "God has done a mighty work."