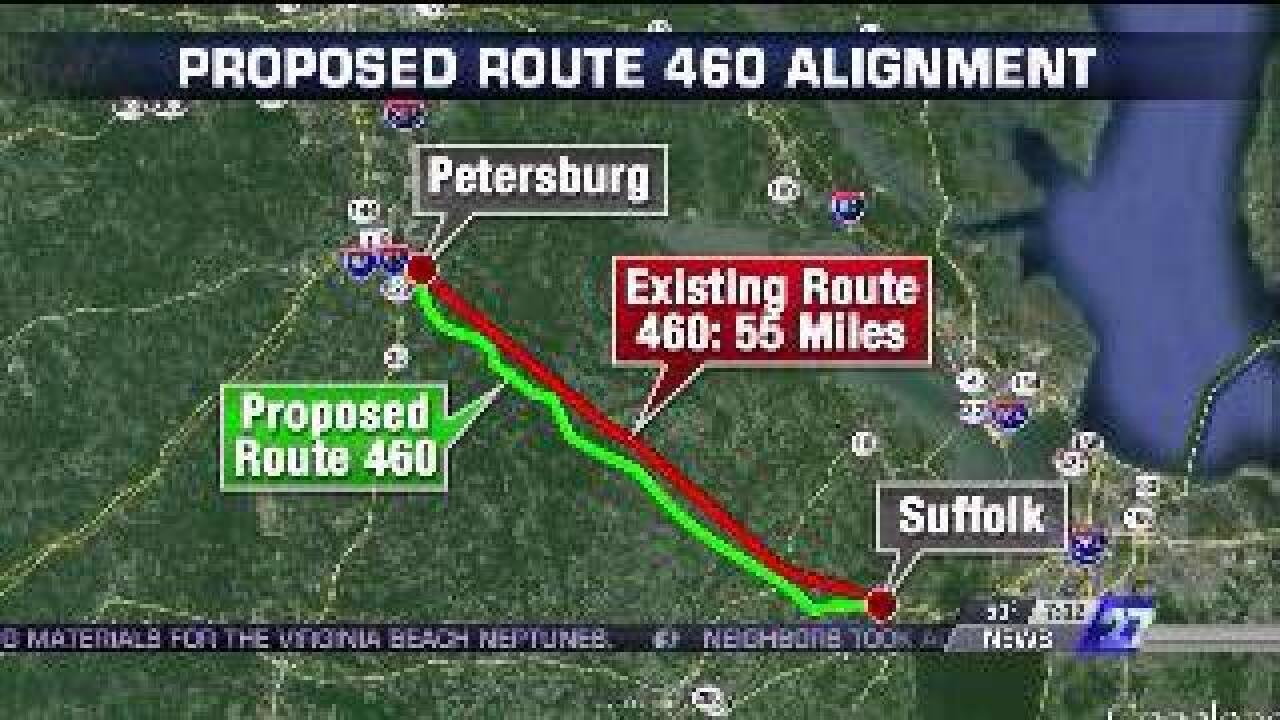 Suffolk, Va. - $300 million has been spent on a road project - but no work has ever been done.

Now, Virginia's governor has shut the project down.

We're talking about the proposed Route 460 project in Suffolk.

The state has already spent millions on designing a faster way for folks to get to the beach from Richmond - even though certain permits haven't even been approved yet.

The governor put the brakes on the Route 460 project that would ease traffic on the alternate route that some use to avoid Interstate 64 to get from Richmond to the Oceanfront.

That's after discovering permits were not even approved to break ground with concerns from the Army Corps of Engineers over wetlands even though the state has already spent millions of your taxpayer money.

The new 460 Express Route was approved to start in Petersburg, then 55 miles of road to be laid down to Suffolk - but the project is on hold for now, and could be canceled.

"I have no idea what people were thinking! Could that project be off the list? Could be!"

He blames the McDonnell Adminstration for potentially wasting $300 million of your money.

"I am absolutely shocked the Commonwealth of Virginia spent $300 million on a proposed road without one shovel going into the ground."

NewsChannel 3 is still waiting to hear from VDOT officials on who may be held accountable if the project is canceled altogether.