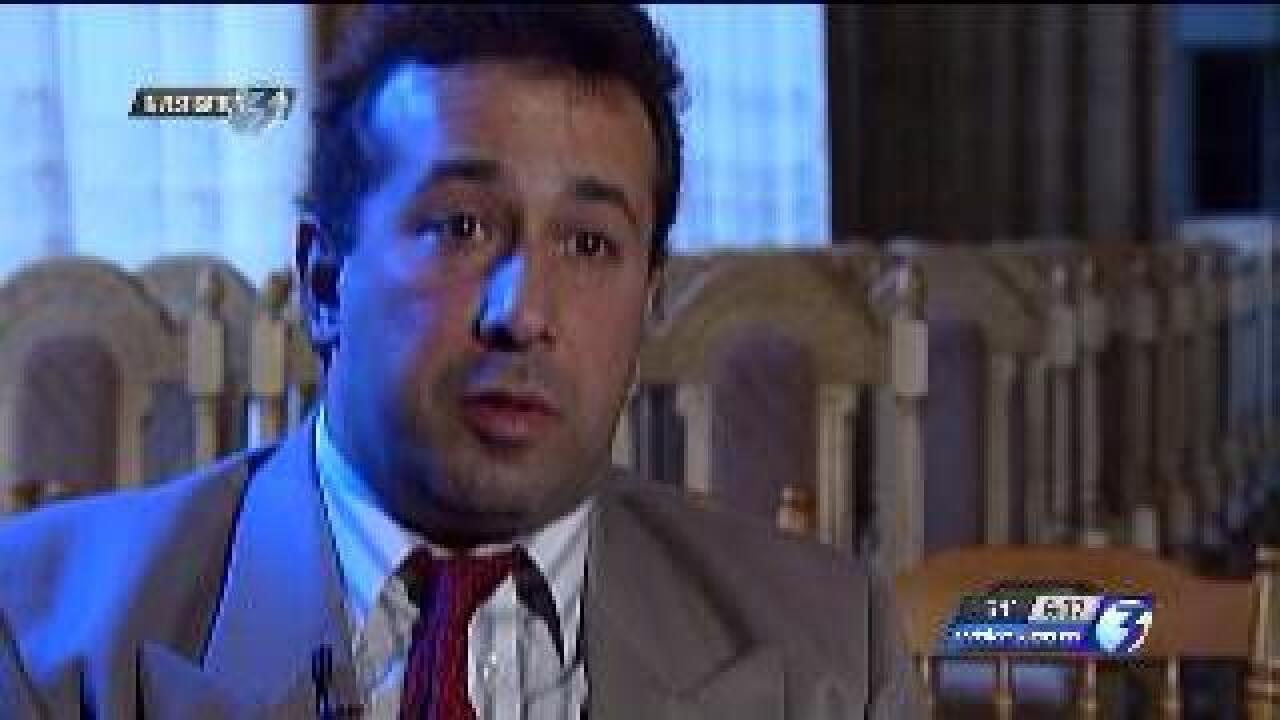 Eddie Makdessi, convicted in 2006 of killing his wife and her lover in a life-insurance scam, is asking a federal judge for hundreds of millions of dollars, and to be declared innocent of the murders.

His claim again centers on a bizarre and unexplained videotape his wife Elise made days before she died. In it, she said she had been repeatedly assaulted and raped while on-duty at Naval Air Station Oceana. She also kept a journal with the names of fellow sailors she said had assaulted her. A man whose name was on the list was in her apartment the night she died, and she'd had sex with him.

Eddie Makdessi said that man, Quincy Brown, attacked the couple at the door of their Virginia Beach apartment. The intruder tied up Eddie, and raped and murdered Elise. Eddie told police and NewsChannel 3 he broke free and shot the attacker.

But after years of investigation, police decided Eddie set up the evening as part of a plan to extract money from the Navy, and collect his wife's life insurance and military death benefits. Prosecutors suggested that Elise made the tape and statements to help in that plan, but was double-crossed at the last minute.

At trial, Makdessi's defense was barred from showing the videotape. The jury convicted Makdessi. He has exhausted his criminal appeals. The handwritten federal civil appeal is asking a judge to consider that his prosecution was racially motivated because he his from the Middle East. Makdessi is asking for $50 million each in damages from nearly a dozen people involved in the case, and he is asking for a writ of innocence based on the videotape.

A spokeswoman for the Virginia Beach Commonwealth's Attorney's office, where two of the prosecutors still work, said no one had been served with the paperwork so they could not comment.