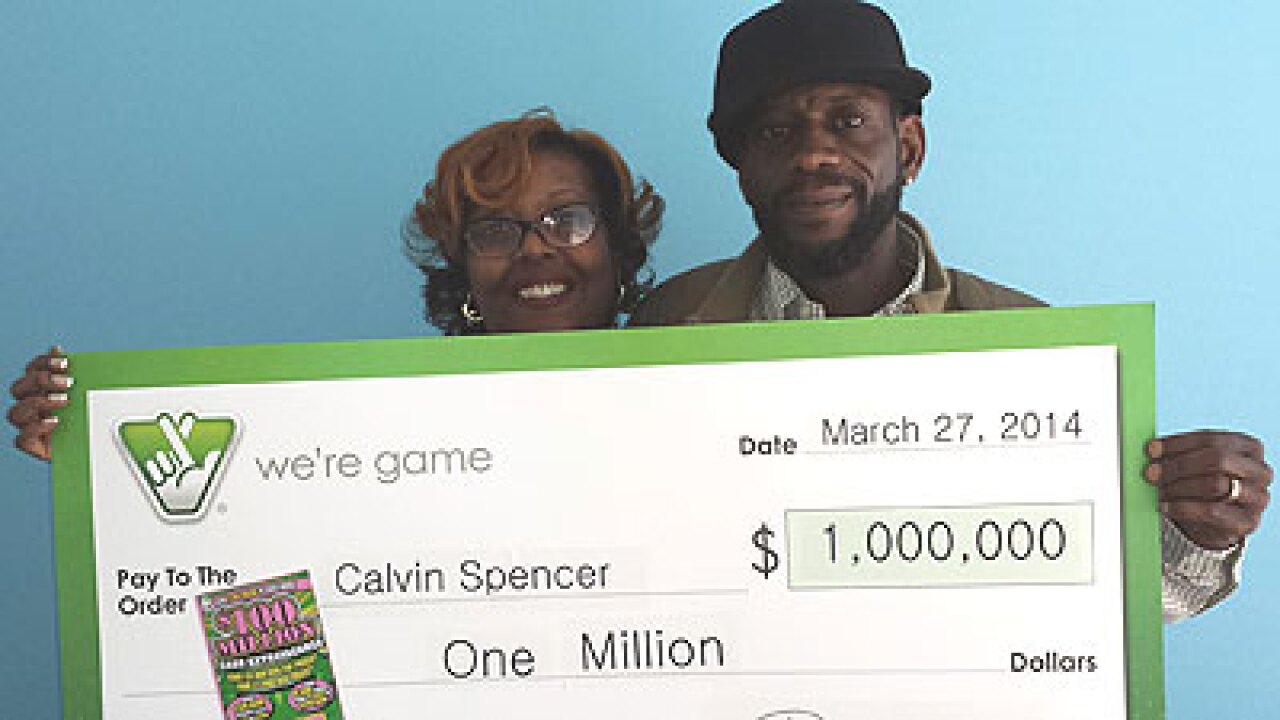 Portsmouth, Va. – Calvin and Zatera Spencer are having an amazing month. First they won $1 million in the March 12 Powerball drawing. Then on March 26, Mr. Spencer won $50,000 with 10 winning tickets in the Virginia Lottery’s Pick 4 game.

But it doesn’t stop there.

The next day, shortly after dropping his wife off for an appointment, Mr. Spencer bought a Virginia Lottery Scratcher ticket – the $100 Million Cash Extravaganza – and won the $1 million prize.

The $1 million prize in $100 Million Cash Extravaganza is an annuity, which means the Spencers had the choice of taking the full $1 million prize over 30 years or a one-time cash option of $681,000 before taxes. They chose the cash option. He bought the winning ticket at the 7-Eleven at 100 West 21st Street in Norfolk. The store received a $10,000 bonus from the Lottery for selling the winning ticket.

“We’re not finished yet,” he said as they claimed their latest prizes.

$100 Million Cash Extravaganza features prizes ranging from $20 up to $4 million. The $1 million prize that the Spencers won is actually the second prize. As the name suggests, the game began with a total of $100 million in prizes available. Mr. Spencer is the first $1 million winner to claim, which means three million-dollar tickets remain unclaimed.