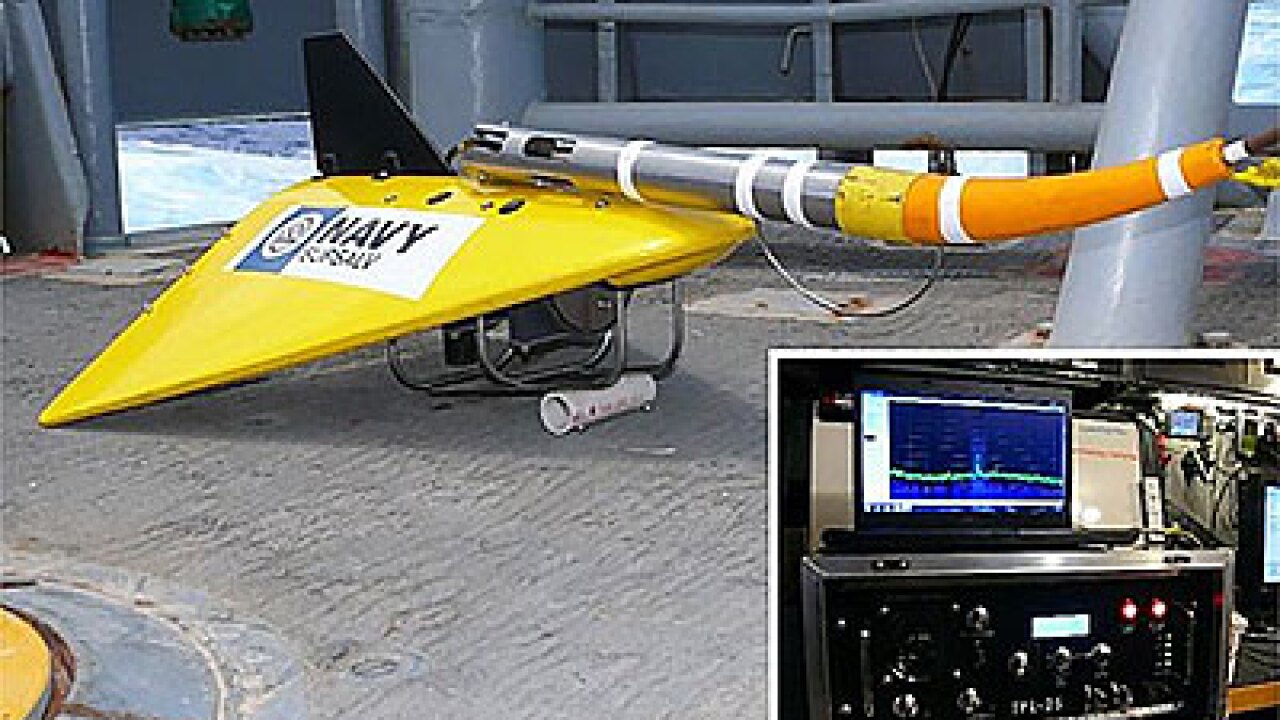 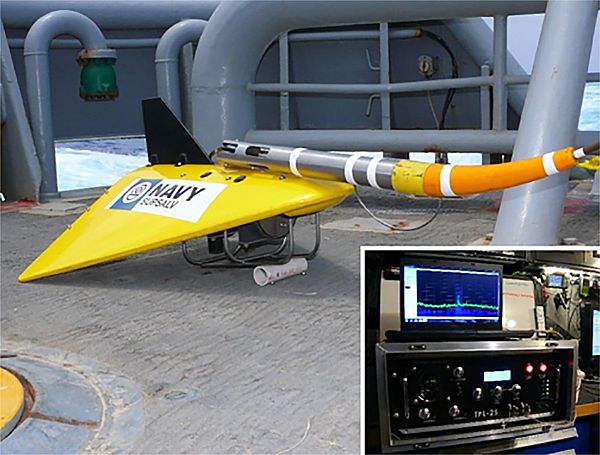 PHILIPPINE SEA – The Navy has ordered a black box locator into the region as the search for missing Malaysian Airlines flight MH370 continues.

If a debris field is confirmed, the Towed Pinger Locator will add a significant advantage in locating the missing Malaysian aircraft’s black box.

The TPL-25 Towed Pinger Locator System is able to locate black boxes on downed Navy and commercial aircraft down to a maximum depth of 20,000 feet anywhere in the world. Commercial aircraft pingers are mounted directly on the flight recorder, the recovery of which is critical to an accident investigation.

The Pinger Locator is towed behind a vessel at slow speeds, generally 1-5 knots, depending on the depth. The tow array carries a passive listening device for detecting pingers that automatically transmit an acoustic pulse.

“In the event a debris field is located, we’re moving some specialized locator equipment into the area. The Towed Pinger Locator has some highly sensitive listening capability so that if the wreck site is located, we can hear the black box pinger down to a depth of about 20,000 feet. Basically, this super-sensitive hydrophone gets towed behind a commercial vessel very slowly and listens for black box pings,” said Cmdr. Chris Budde, U.S. Seventh Fleet Operations Officer.

“This movement is simply a prudent effort to preposition equipment and trained personnel closer to the search area so that if debris is found we will be able to respond as quickly as possible since the battery life of the black box’s pinger is limited,” said Budde.

If found, the acoustic signal of the pinger is transmitted up the cable and is presented audibly, and can be output to either an oscilloscope or a signal processing computer. The operator monitors the greatest signal strength and records the navigation coordinates. This procedure is repeated on multiple track lines until the final position is triangulated.

Most pingers transmit every second at 37.5 kHz, although the TPL can detect any pinger transmitting between 3.5 kHz and 50 kHz at any repetition rate.