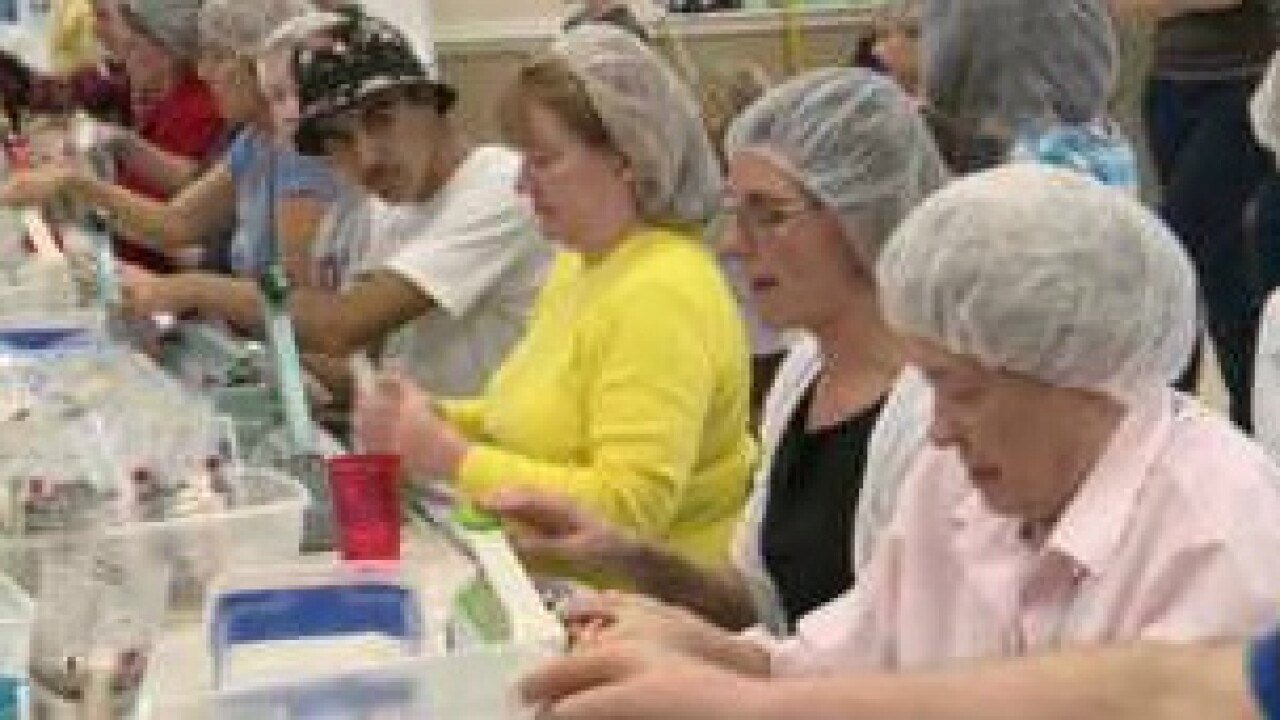 Norfolk, Va. – A church in Norfolk is taking action to send thousands of meals to people in need around the world.

In just over an hour, about 80 people packed more than 12,000 meals which will be sent to schools, orphanages and medical facilities around the world.

This is the third year that church members of all ages have helped with the effort.

“I think that’s what makes our program such a huge success,” said Paul Williams with Stop Hunger Now, “anybody can do it ages 5 to 105, and it’s just a great blend, and as far as the energy goes, it’s probably the best part of my job to be able to sit around and watch all these guys come together in unity to do something so great.”