Could a weed bill puff puff pass in Virginia? 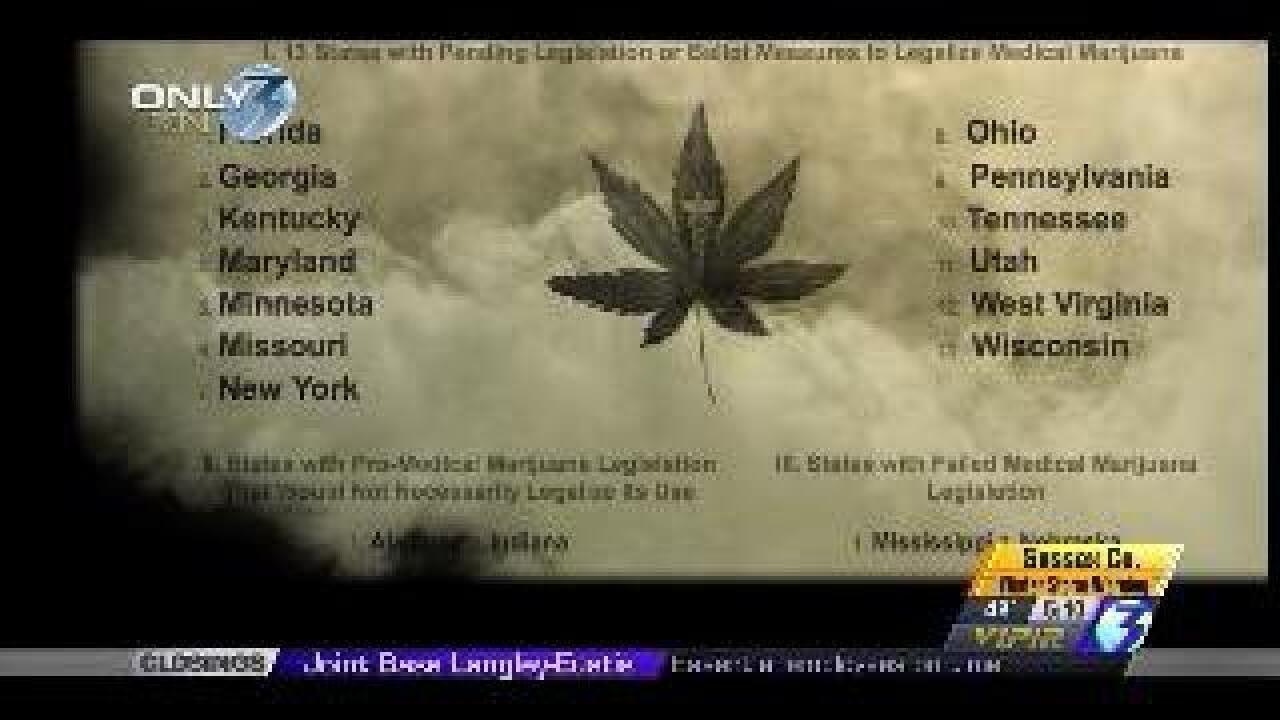 There is a new push to Educate Virginia lawmakers about the benefits of Medical Marijuana. And it’s not coming from stoners who want to get high; the message is coming from a group of folks who see the weed as a way to heal.

In the Northern Neck of Virginia lives a woman a crusader really by the name of Lisa Smith. She wasn’t always that way until she became a Mom.

“I’m probably the least typical person you would think of fighting for medical marijuana,” she said.

“I home school my kids, I go to Church on Sundays, I watch Fox News.” Smith has twin boys, but her oldest daughter, Haley, is 13-years-old and suffers from Dravet Syndrome. The Seizures begin during the first year of life and convulsive seizures persist, often occurring in sleep. Smith showed us video of Haley during a seizure in her sleep, and it’s very hard to watch.

Smith recorded 800 seizures last year alone which is why she is pushing for legal marijuana in the state of Virginia.

“Families in Colorado who are using the medical cannabis oil for their kids with Dravet Syndrome, it increases awareness, ability to learn again, they have reduced seizures from 50 to 100 percent .“

On Martin Luther King, Jr. Day in Richmond, Smith joined others as they walked from office to office at the General Assembly to raise awareness to gain support to legalize medical marijuana in Virginia.

Lt. Governor Ralph Northam knows a little something about Haley’s quality of life; he was her Pediatric neurologist in her early years.

As Lt. governor, he is seriously looking into the science of medical marijuana.

“Families have used this and found wonderful responses in their children, so we need to do some further research,” says Northam.

Presently 20 states, including the District of Columbia, have enacted laws to legalize medical marijuana. Ten others states have pending legislation as of the end of last month and Virginia is not among them.

“The flip side of it is that marijuana can actually trigger seizures in some people so it’s not as straight forward as we’d like it to be. That’s why further studies are needed,” says Northam.”

Lisa wonders if relief will come in time for her daughter who is on a battery of heavy duty rescue drugs. “When we walk by her bed at night, we look to see if she is still alive,” says Smith

Matters of law are not ruled by emotion, but the lt. governor may have a stop gap that may come into play before proposed legislation.

Northam says “We can apply for what we call compassionate use of it, so we’re looking into avenues to do that.”

And for those who were looking for a weed bill this session – hang on until next year, but Northam says it’s on his agenda.

“We’re going to have some legislation that’s proposed in place that will be ready to go in the upcoming year,” he says.

There are states that already use a synthesized version of marijuana shown to have medical value. A medicinal statute was passed in Virginia in the late 1970’s, which means practitioners can write prescriptions for the drug here, but they run the risk of being prosecuted by federal authorities. It’s a catch 22 that can only be resolved by a medical marijuana bill, which is expected to come up in the 2015 General Assembly.