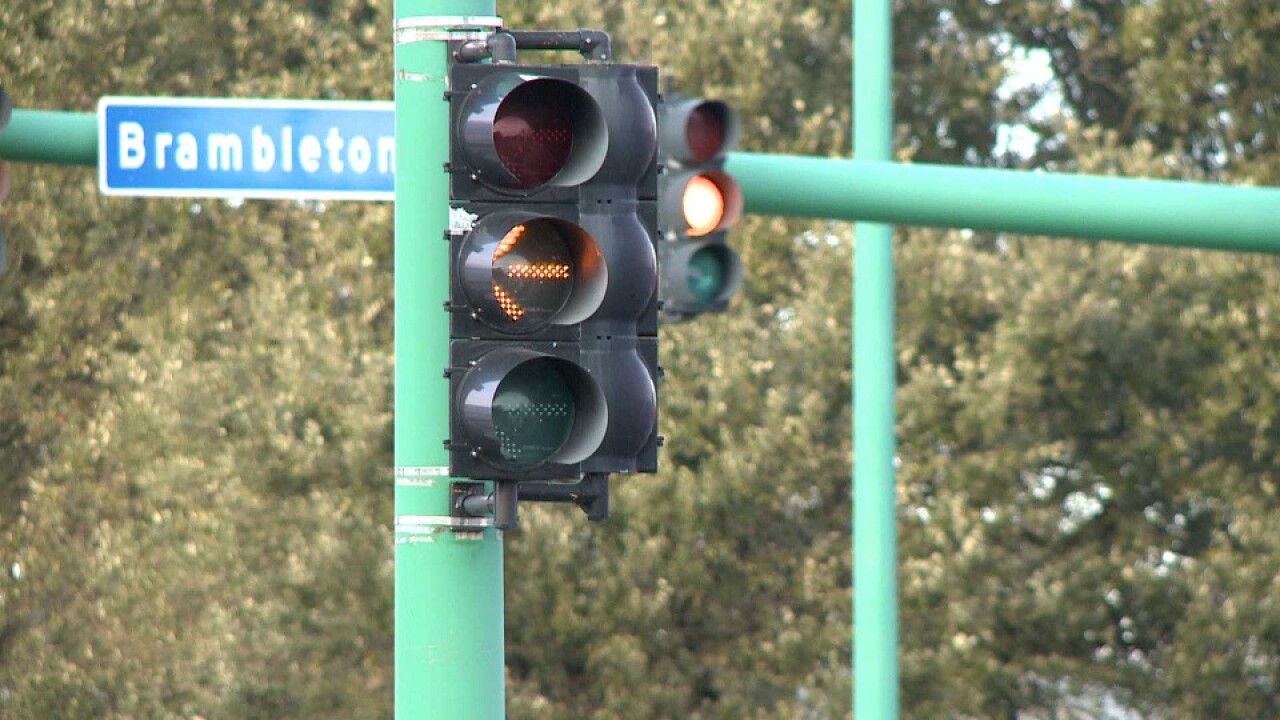 It could be the biggest money making scheme ever—red-light cameras, synched with short yellow lights, making it physically impossible for drivers to avoid a ticket.

“The laws of physics are unbreakable,” said Brian Ceccarelli, a physicist living in Raleigh, NC.

“They are catching people not doing it on purpose. It’s beyond their control,” said Dr. Shovlin.

To explain the yellow light trap, Ceccarelli and Shovlin took NewsChannel 3 to an intersection in Raleigh with red light cameras.

If drivers have a proper yellow light time, there should be no problem.

“They have time to stop safely and comfortably, or time to proceed through the intersection before the light turns red,” said

In reality, though, there are always problems--because Ceccarelli and Shovlin say yellow lights, especially in turn lanes, are just too short for the distance needed to travel.

The root of the problem, they say, comes down to the formula endorsed by the Institute of Traffic Engineers, used in both Virginia and North Carolina.

“The formula only works for straight-thru lanes,” said Ceccarelli.

Not left hand turn lanes--yet traffic engineers still use it, trapping drivers into an unsolvable decision: slam on your brakes and hope you stop in time without getting hit by another driver, or running the red light.

“You are hosed, you miss it by a fraction of a second and the red light camera`s got you,” said Ceccarelli.

So how did hundreds of thousands of traffic engineers around the country get bamboozled by this so-called incorrect formula?

Ceccarelli says many of them have no clue what the formula even means.

“This is Physics 101, you should know this. I shouldn`t have to explain Newton`s laws of motion to you,” said Ceccarelli.

In 1959 the first yellow light timing formula was created by three physicists.

The problem came in 1965, when Ceccerelli and Shovlin say that formula was miscopied into the 3rd edition of the Institute of Traffic Engineers handbook.

“The Traffic Engineering Handbook is like the Bible that engineers use, so once you get it in there, it’s like the words of God,” said Ceccerelli. “Traffic engineers don`t know any better, so the red light camera companies take advantage of the situation.”

So how does this apply to Hampton Roads?

Take, for instance, the 3.0 second left hand turn yellow light at St. Paul's Boulevard and Brambleton Avenue in Norfolk—according to Ceccerelli and Shovlin, it should really be 5.4 seconds.

At the intersection of Jefferson Avenue and Oyster Point Road in Newport News--their 3.2 second yellow should be at least 6.1 seconds.

As for the 4.2 second yellow light at Independence and Virginia Beach Boulevard in Virginia Beach—it should be at least 7.6 seconds.

“The lights are 2-3 seconds shorter than what they should be, and because Mother Nature doesn`t like to be fooled that way, it causes many drivers to run red-lights,” said Ceccerelli.

All while local cities, along with the red-light camera companies, cash in.

“For 40 years, the errors were there, but we never knew about it,” said Shovlin. “It’s not until you put in the red-light cameras going 24 hours a day, 7 days a week, catching everybody who is a tenth of second off.”

For more information on the work Ceccerelli and Dr. Shovlin are doing, just head to http://redlightrobber.com