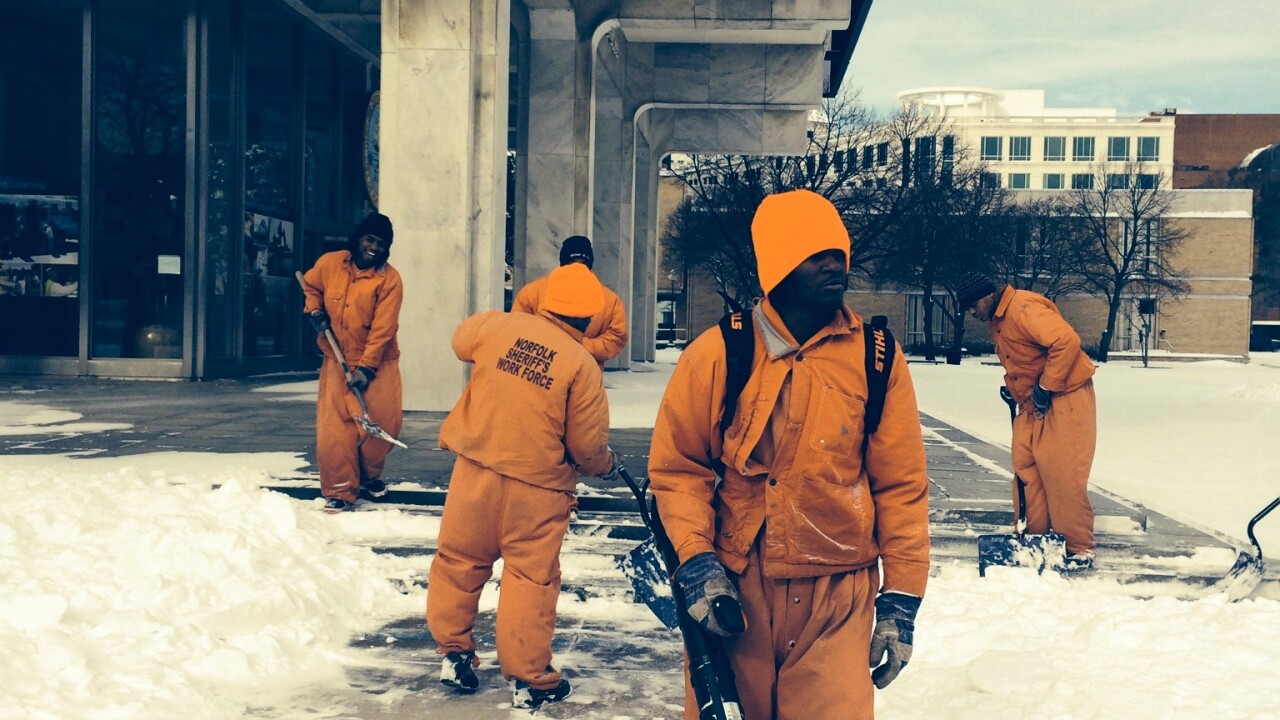 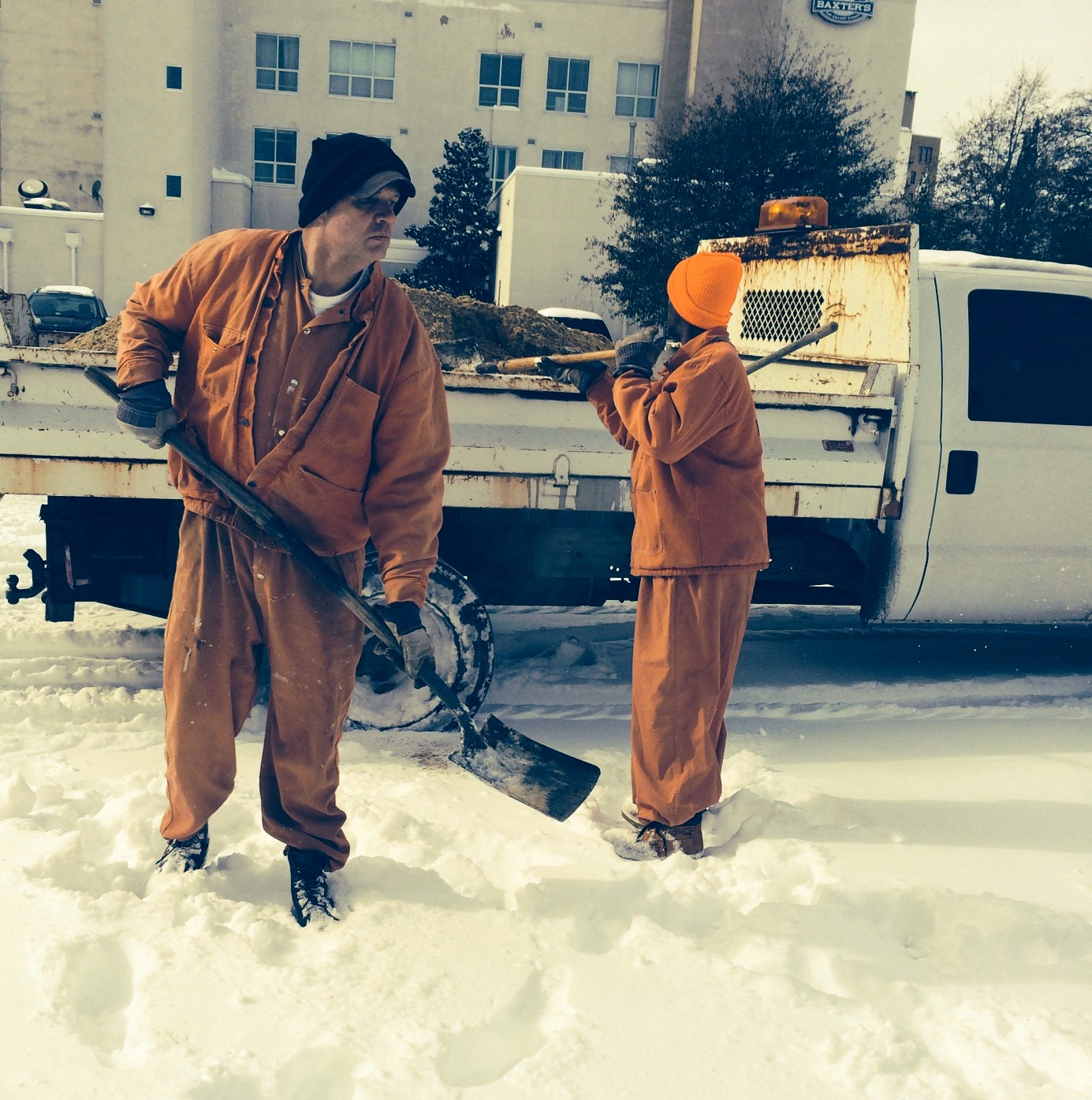 The Inmate Work Force, comprised of non-violent offenders who request the outside assignments, are not normally tasked with snow events, officials say.

The crews worked extremely hard in the challenging conditions and ensured that the city would bounce back from the storm, according to the Norfolk Sheriff’s Office.

Sheriff Bob McCabe said, “While members of my senior staff and I were out picking up deputies who needed rides to work due to impassable streets, our Inmate Work Crews were hard at work. I’ve never seen such a committed staff or witnessed such team work in action, as I did this week. I’m very proud of everyone – from our jail teams to the inmate work crews.”