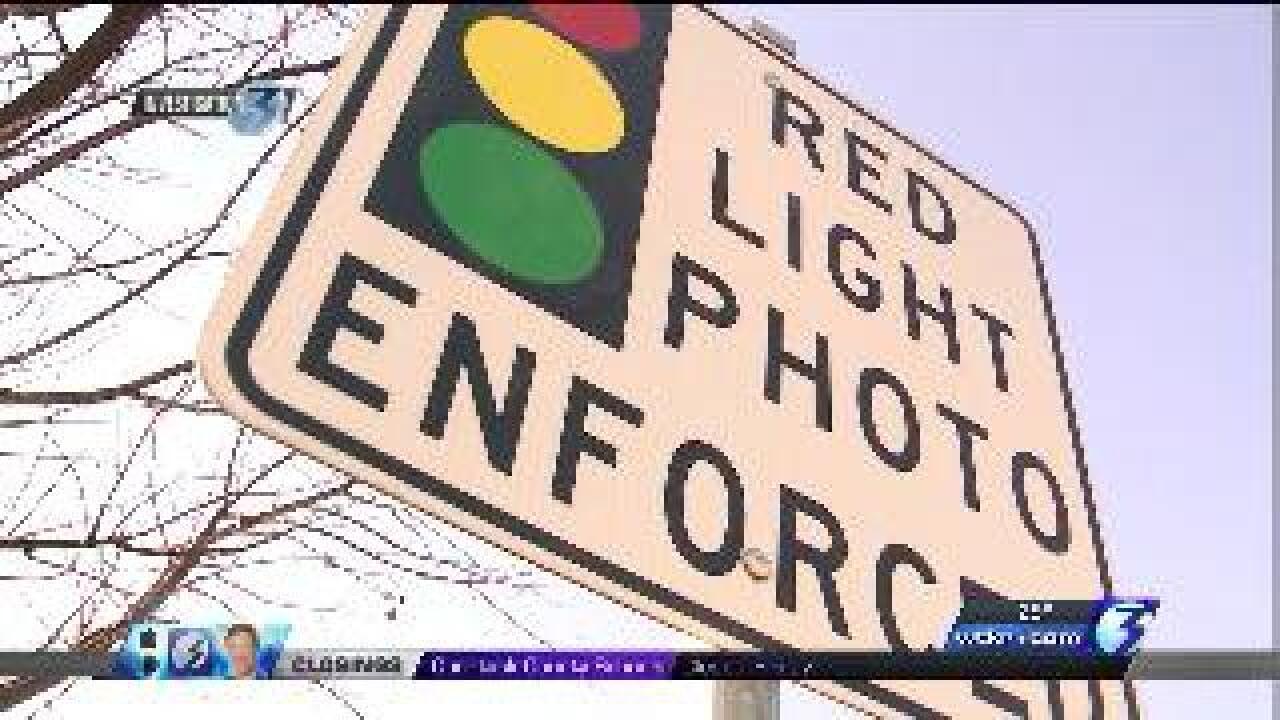 When red-light cameras are watching your every move, each second counts in determining whether you get by or get slapped with a $50 ticket.

But now, a NewsChannel 3 investigation is uncovering cities taking away precious yellow light time after their cameras are installed, increasing your chances of becoming a red light runner.

Case in point: the City of Norfolk.

For years, their yellow lights have been 4 seconds long, but once their red-light cameras went up this past November, drivers lost one full second trying to make a left hand turn at St Paul's Boulevard and Brambleton Avenue.

Over at Chesapeake Boulevard and Little Creek Road, drivers lost up to 8/10ths of a second.

“The answer is obvious to any of your viewers: It’s a monetary reward system,” said Gary Byler, a local attorney who's taken red-light camera cases to court in other cities.

“If the proper interval was 4 seconds before, it makes no sense that you would reduce it when you set up to enforce, if anything, you would give a little grace,” said Byler.

Norfolk's new shortened yellow lights may look like a trap--but technically, they are still legal, because they strictly adhere to VDOT's minimum yellow light guidelines.

VDOT updated their yellow light formula in January of 2013.

It allows cities to set the yellow lights at left hand turn lanes shorter than those of straight lanes, because drivers are expected to slow down.

In Newport News, that formula change allowed city engineers to lower many of their yellow lights last year.

“The yellow lights there in the left hand turn lane are too short,” said Newport News resident Rick Johnson, who says he got caught by a similar red light trap at Jefferson Avenue and Oyster Point Rd.

“64% of the citations being issued at the intersection are people doing exactly same thing I did, people turning left,” said Johnson.

Johnson actually took his case against the city to court, but because Newport News follows the VDOT guidelines, he lost.

“It all seems unfair to me,” said Johnson.

Still, not all Hampton Roads cities are playing dirty.

“Everything we do benefits the driver,” said Sgt. Dan Fiore, the Virginia Beach Police Department’s PhotoSafe program coordinator. “We give them more time on lights than we are required, and we exceed the minimums in every aspect.”

Right now, there is no yellow light in the entire city of Virginia Beach less than 4 seconds.

Some go as high as five seconds.

“This program is today, has been in the past, and always will be in the future about traffic safety,” said Sgt. Fiore.

“It was safer, we felt it was a safer decision for the motoring public,” said Harden.

The City of Chesapeake followed in Virginia Beach's footsteps, and kept their yellow lights longer as well.

Their statistics clearly show that when yellow light times go up, citations go down.

When Chesapeake's yellow lights jumped just half a second in 2013--tickets decreased by almost 58%.

Comparing that to Norfolk's bare minimum yellows--in the first month of red-light camera enforcement, more than one thousand tickets were printed.

At that rate, Norfolk is on track to more than double Chesapeake's citations for the year.

“The people that put the cameras up get paid, and city gets paid,” said Byler.

All while drivers lose.

NewsChannel 3 asked Norfolk and Newport News to explain to NewsChannel 3 why they chose to lower their yellow times while other cities raised them.

Both declined our requests for an on-camera interview, refusing to explain their decisions to the public.