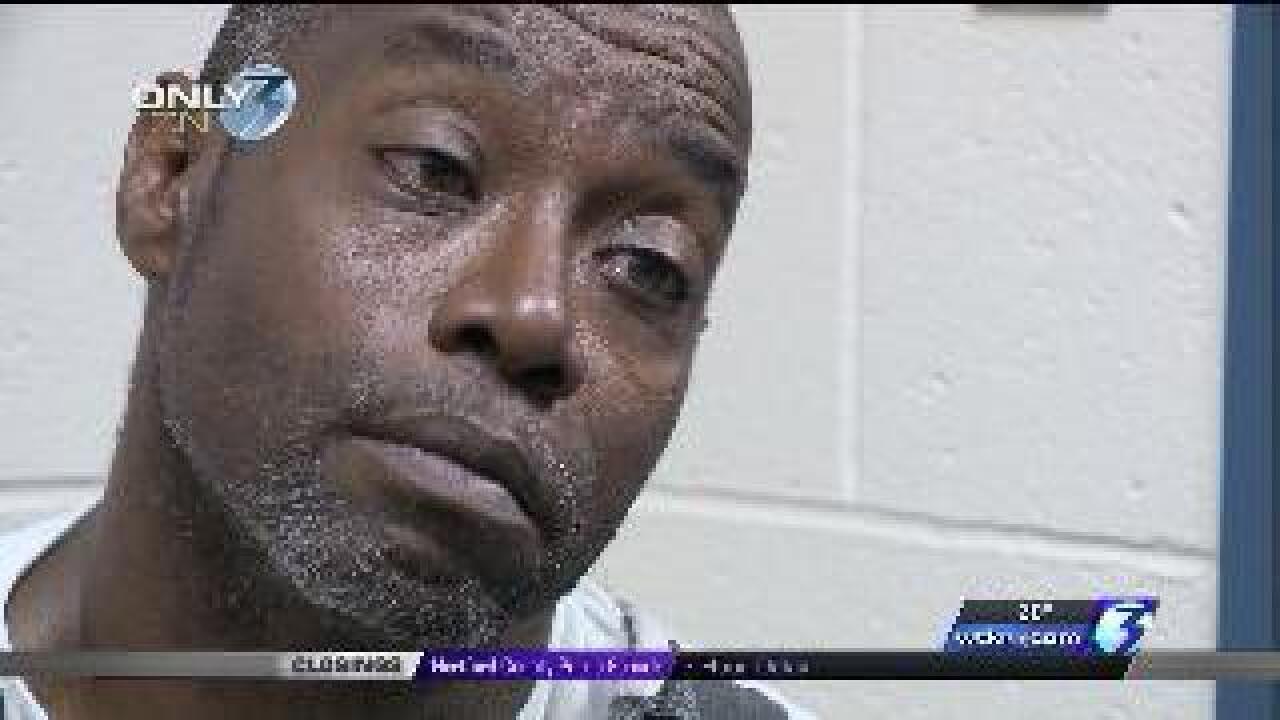 Norfolk, Va. - An accused murderer admits he violently stabbed his girlfriend, 45-year-old Lena Smith, while cradling her infant granddaughter in his arms.

49-year-old Ulysses James tells NewsChannel 3 he was left with no other choice.

James says the night was going well until she looked at his phone and then accused him of cheating.

"She went to the kitchen,” he says. “When she came back she had a knife."

James says he was holding Smith's 8-month-old granddaughter, when he says he yanked the knife away from Smith.

"Just out of instinct I stabbed her,” he says. “I was holding the baby in my right arm, when I got the knife I lunged out to stab her to get her away from me."

James says he remembers stabbing Smith twice, once in her side and again in her shoulder.

He says he called 911 but panicked and left his girlfriend bleeding on the floor and put the baby in her crib.

"I thought the paramedics would get there in time to give her whatever oxygen she would need to stop the bleeding,” he says. “I never thought she would die."

Now he sits shackled and cuffed in jail on suicide watch.

"Still having problems getting the screams of that baby out of my head,” James says. “And the blood that I saw circulating on the floor."

James says his next court date is scheduled for March.