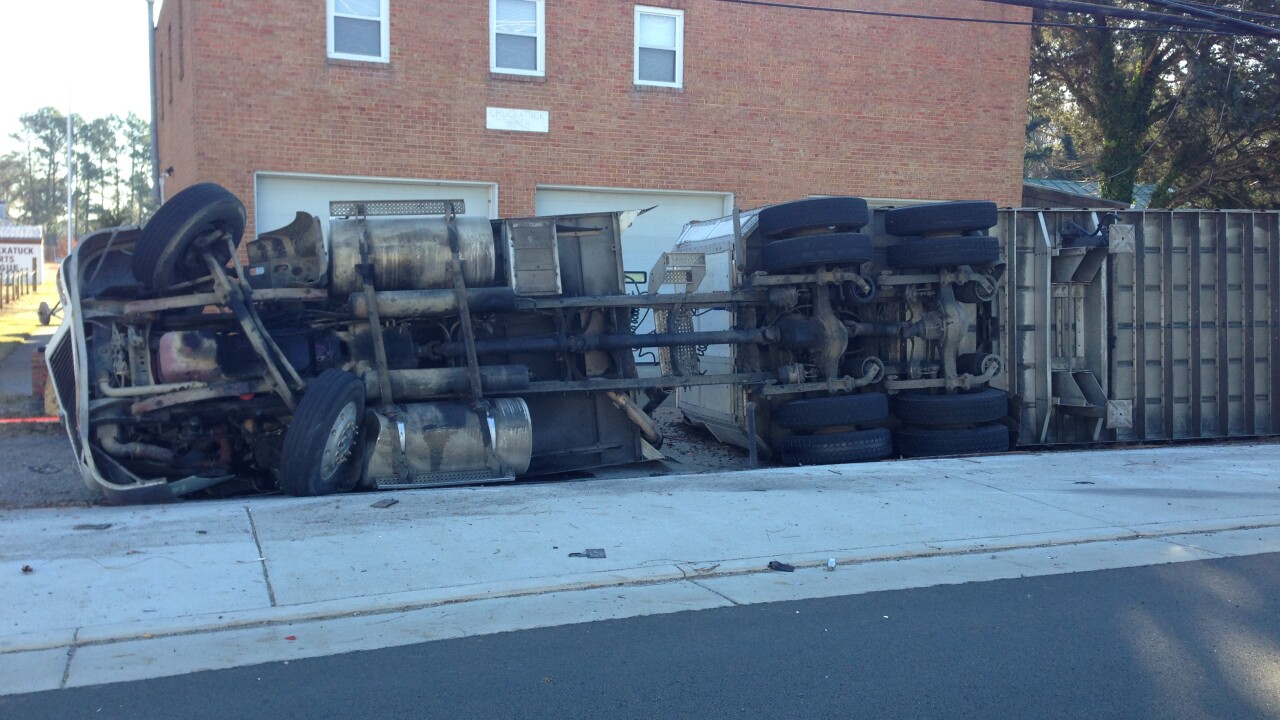 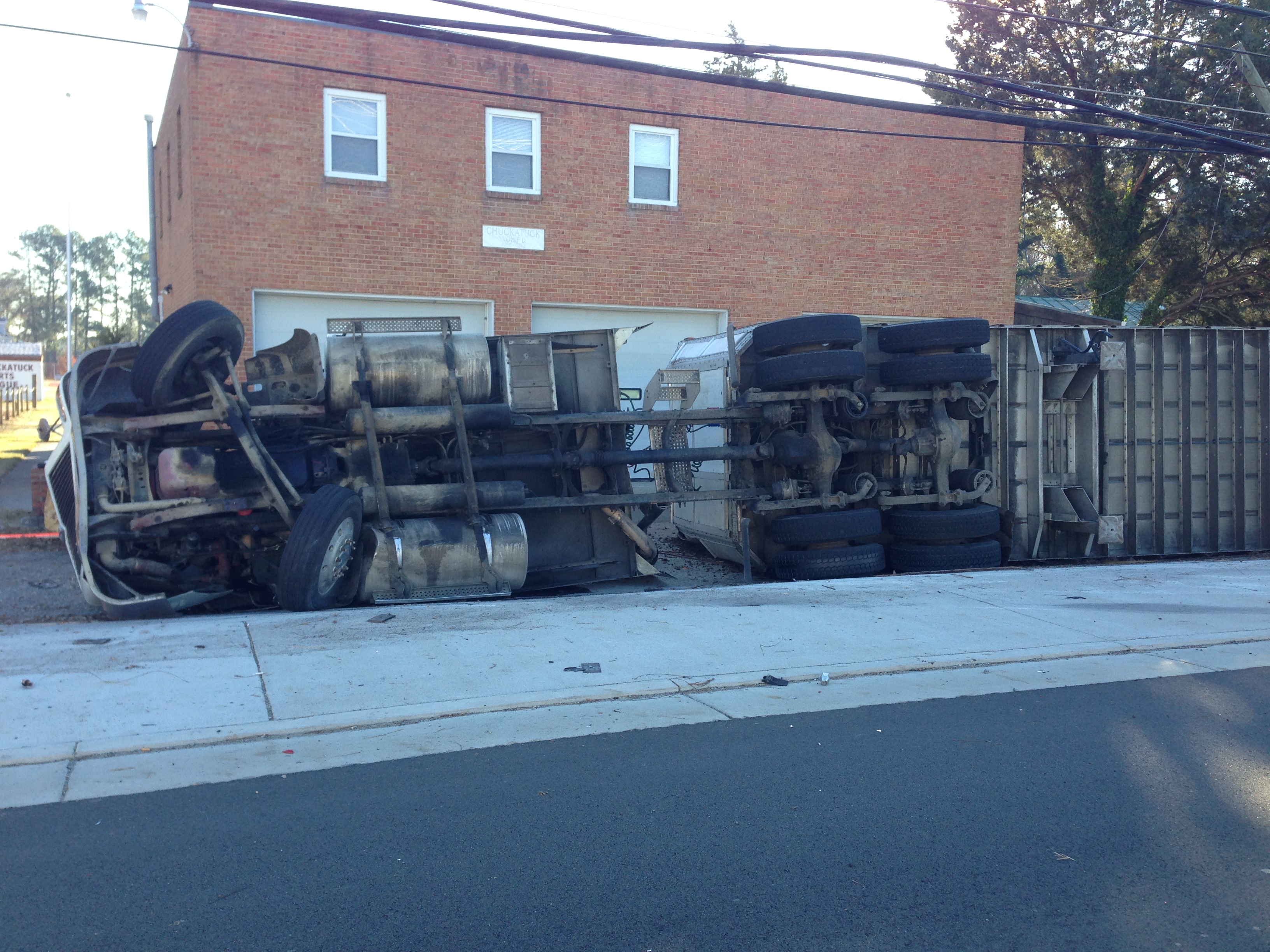 Suffolk, Va. – Route 10 in Suffolk has reopened after being closed for several hours Friday due to an accident involving a tractor-trailer carrying hogs.

A spokesperson for the City of Suffolk says a tractor-trailer was traveling northbound in the 5900 block of Godwin Boulevard (Route 10) in Chuckatuck when it ran off the road.

As a result, power lines were down in the area and Dominion Power was called to the scene to restore service. Verizon and Charter Communications lines were also involved.

No one was injured. The driver, Antonio Marquez, of Goldsboro, NC, has been charged with reckless driving and failure to maintain control.

The truck was hauling hogs to market from Goldsboro Hog Farm. Approximately 180 hogs were on the truck and approximately 80 died as a result of the accident. No hogs escaped the trailer.