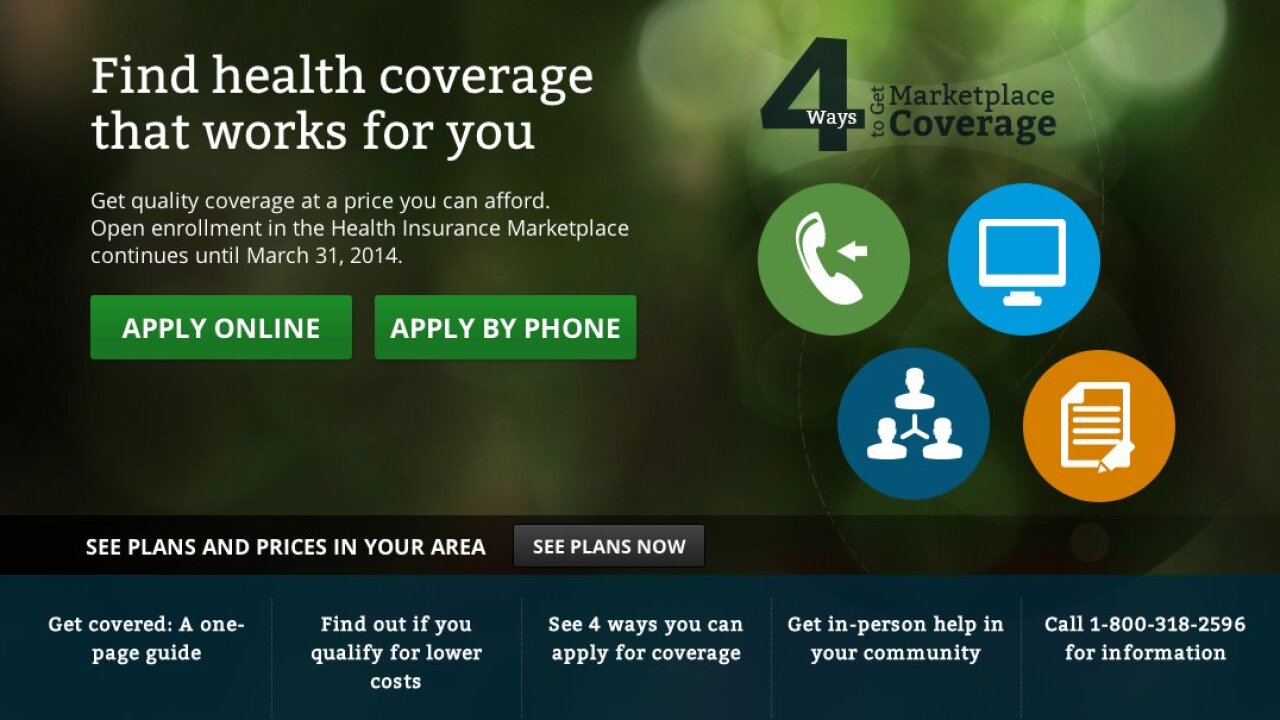 An image of a young woman who became known as the “Obamacare girl” is no longer on the homepage of the federal government’s health care site.

NEW YORK (CNNMoney) — A burlesque dancer dressed as a nurse taunts her co-performer with a toy syringe, dangling the medicine seductively in an act that’s meant to reflect the cat-and-mouse game of U.S. healthcare. They shimmy and eventually end up topless.

The risqué performance was part of an Obamacare registration drive last week in San Francisco, dubbed the “Healthy Ho’s Party.”

Organized by “Siouxsie Q,” a Bay Area sex worker, the event was meant to encourage other sex workers to enroll in the new insurance exchanges. It was a rousing success: Nearly 40 men and women attended and almost all of them filed enrollment paperwork.

Siouxsie, 28, has shopped for plans countless times since 2008, coming up empty each time. She and her partner recently reviewed their healthcare options and found that a joint plan would have cost between $400 and $500 a month — an unaffordably large chunk of their incomes.

But come January 1, when the new law goes into effect, she and her partner will be looking at a monthly bill of between $175 and $200. They’re deciding between two plans on the California exchange and will receive a tax credit of about $275 a month (without the credit it would have cost nearly $500).

California’s exchange site was down the first few times Siouxsie tried to navigate it, but she was able to successfully browse policies several times. (She nevertheless arrived at the party with stacks of paper applications so the night could continue even if the website was disrupted.)

Volunteers from Siouxsie’s weekly podcast, The WhoreCast, staffed the event. “Jolene,” another sex worker who had already enrolled through the California exchange, was also on hand to talk users through the process. A key detail for the crowd: Enrollment doesn’t require users to report their employment.

“I am here mostly to put my skill at filling out bureaucratic forms to use,” Jolene joked.

Through the California exchange, Jolene will receive a $211 monthly tax credit, which will bring her payments to just $36 a month.

Individuals making less than $46,000 are eligible for a tax credit to offset their monthly costs. Many of the sex workers at the event file W-2s for their legal work, whether it be a part-time job or sex work that falls within the law. Sex workers interviewed by CNNMoney estimated this income to be less than $45,000 a year.

The Affordable Care Act will cover contraception, screening for sexually transmitted infections, and violence counseling at no additional charge, which the sex workers said would make a big difference in their community. The legislation will also make it more difficult for insurance companies to deny coverage based on gender identity and HIV status.

For Jolene and others in her line of work, it’s cause for celebration.

“I really do think access to healthcare should be a human right, and I’ve been so brainwashed to think it’s such a privilege,” a sex worker and activist known as “Maxine Holloway” said.

Holloway played the nurse in the evening’s performance. She’s also working on a master’s degree in public health.

“Through my studies, I have looked at a lot of different countries and how they take care of their people,” Holloway said. “We are one of the only countries that does not take care of our citizens in that way.”

The women at the party recognize that taxpayers might not be enthusiastic about their dollars subsidizing healthcare for sex workers.

“Their tax dollars are going into other programs that deal with the aftermath of not having healthcare,” Holloway said. “We’re paying for it anyways, and we’re paying for it in a way that people still get sick and still die.”