World’s best and worst airports to sleep in 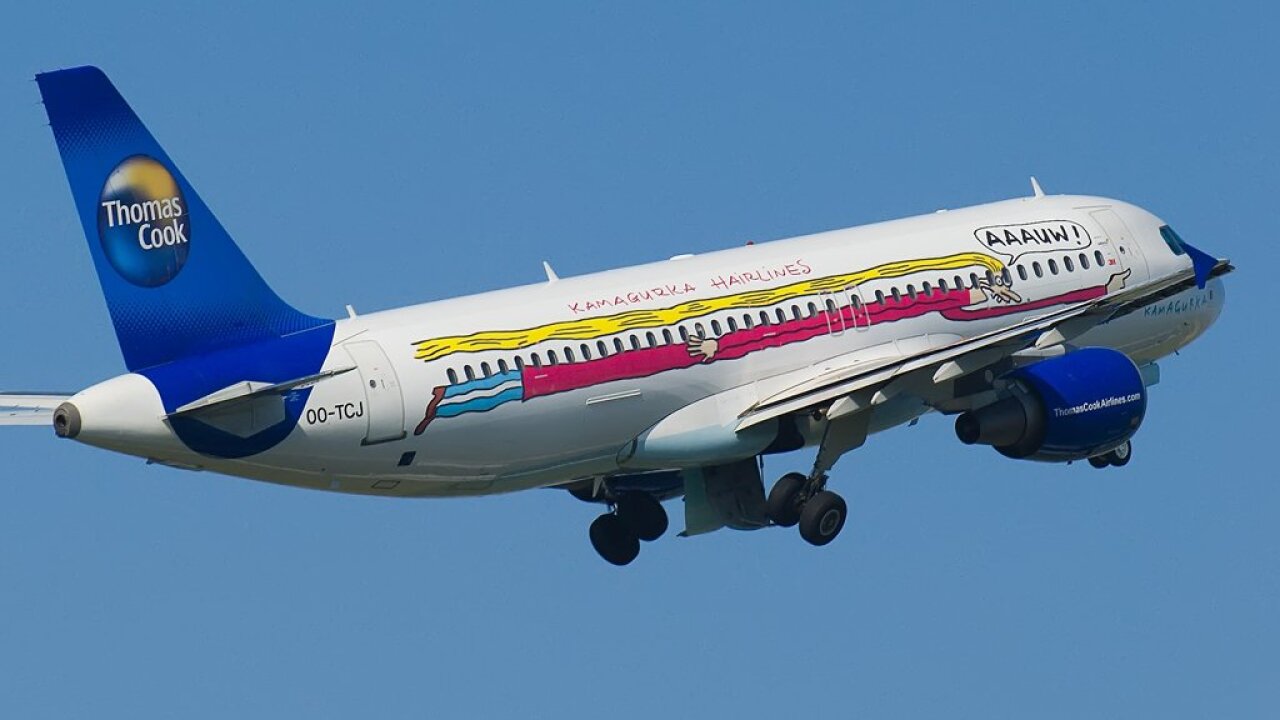 Most companies mark anniversaries with company parties and an open bar, but when Thomas Cook Airlines Belgium turned five, in 2007, it celebrated by commissioning Belgian comedian Kamagurka to redesign one of its planes. The result? A plane adorned with a long-haired superhero beneath the logo “Kamagurka Hairlines.”

(CNN) — You may think airports are primarily about one thing: shopping.

That’s right. Not flying — that’s what you do after you’ve had your credit card stretched on gallon bottles of duty free eau de parfum and single malt.

But there’s yet another activity — or, rather, inactivity — apparently important for rating airports: sleeping.

Started 17 years ago as a guide for budget travelers on where to snooze in airports worldwide, to save on accommodation during a long layover, Sleepinginairports.net claims now to have wider relevance.

“Airport sleeping is no longer just for the cheap young backpacker,” the site says.

“Nowadays, early morning flights … flight cancellations, snowstorms and erupting volcanoes are just a few reasons why you’ll see people of all ages and incomes stretched out on airport floors around the world.”

“Comfort” includes armrest-free seating — all the better for stretching out on — and quiet zones.

“Cleanliness” is more general, including clean bathrooms and food courts.

“Customer service” covers those unexpected extras that make you remember a place with affection, such as “airport workers who … give us blankets and pillows when we’re stranded.”

So, how did the airports do?

Some might say Helsinki itself is pretty soporific so this snooze-friendly airport should really knock you out.

“There are benches all over the place,” writes one Sleepinginairports voter, the amusingly named Sleeping Around.

Never mind that that commendation sounds like something you might overhear at a tramps conference, Vantaa has a book swap, airport tours and a Relaxation Zone with a whole smorgasbord of seating types to keep the restless, or rest-seeking, passenger satisfied.

“If you can’t find a way to sleep in this airport, there might be something wrong with you,” concludes SleepinginAirports.

“There are a few ‘beds’ made of four seats together (no armrests),” coos airport sleeper thisisme.

“Look for the lounge chairs hidden behind shrubbery,” the site adds.

A new entry to the site’s top three, Schiphol scores for its “comfortable couches,” a museum and a forest-like area between Departures 3 and 4 complete with nature sounds.

Makes you sleepy just writing about it.

“We moved two seats next to each other and had enough sleeping room for three people,” writes Phtraveler of Seoul Incheon.

Travelers also loved the traditional dance performances, the site says — although whether as a substitute for Valium isn’t recorded.

The dormouse’s favorite, Singapore Changi, wins top spot for the 17th year in a row.

Could that be because Changi extends Singapore’s no-nonsense approach to law and order — including banning chewing gum and arresting spitters — to relaxation?

“Silence is mandatory in the snooze lounge,” says one SleepinginAirports survey respondent approvingly.

Changi’s six rest zones, with special reclining deep seats, seem to be the icing on the dream cake here.

Editor’s note: The original version of this story misidentified Sleepinginairports’ “Worst Airports for Sleeping” list with its “Worst Airports for Overall Experience” list, the latter of which also includes a “sleeping” component. The error has been corrected. The site was also originally identified as 16 years old rather than 17, as is correct, and Amsterdam Schiphol has been corrected as a new entry in the site’s top three, rather than top five.

If airports like Changhi sound so relaxing you might actually enjoy missing that connecting flight, other big plane garages make it clear, according to SleepinginAirports, that R & R aren’t complimentary services.

“Fifteen of us airport sleepers were kicked out at 1 p.m. — all hotels in the area were booked.

“I was in transit from Morocco, in T-shirt and sandals. It was 8 C outside, and I spent the night walking and jumping around to keep warm.”

“Upright plastic lumbar-devastating ‘chairs’ add to your foul mood after negotiating the carnage to actually end up in the departure lounge,” says Col. Stewart with impressive spleen.

“We slept sitting up. The lights remained on all night and we had to don our jackets (in India?) because of the AC.”

You can almost see Mur the Explorer’s drawn, sleep-deprived face as he writes that.

“There is [only] a small cafe open 24 hours … The chapel is not 24 hours any more … A group of drunk people hung around screaming and swearing,” are some of bielvoda’s desperate-sounding notes from a night’s stay.

You’re more likely to get some sleep at a jack hammering competition than at this airport, according to SleepinginAirports voters.

“Everything seems to have been done to make the experience [of traveling through Ninoy Aquino] as horrible as possible,” says wanderingcat123.

On the other hand, Hayden speaks highly of the third floor “Passenger Holding Area,” with its own guard.

“We found some cardboard boxes at the 7-Eleven and made a nice bed,” he (or she) writes.

The official response also ran against the grain of the survey.

“These are old issues,” Manila airport Terminal 1 manager Dante Basanta was quoted as saying in the South China Morning Post.

Not a word about its snooze-worthiness, though.