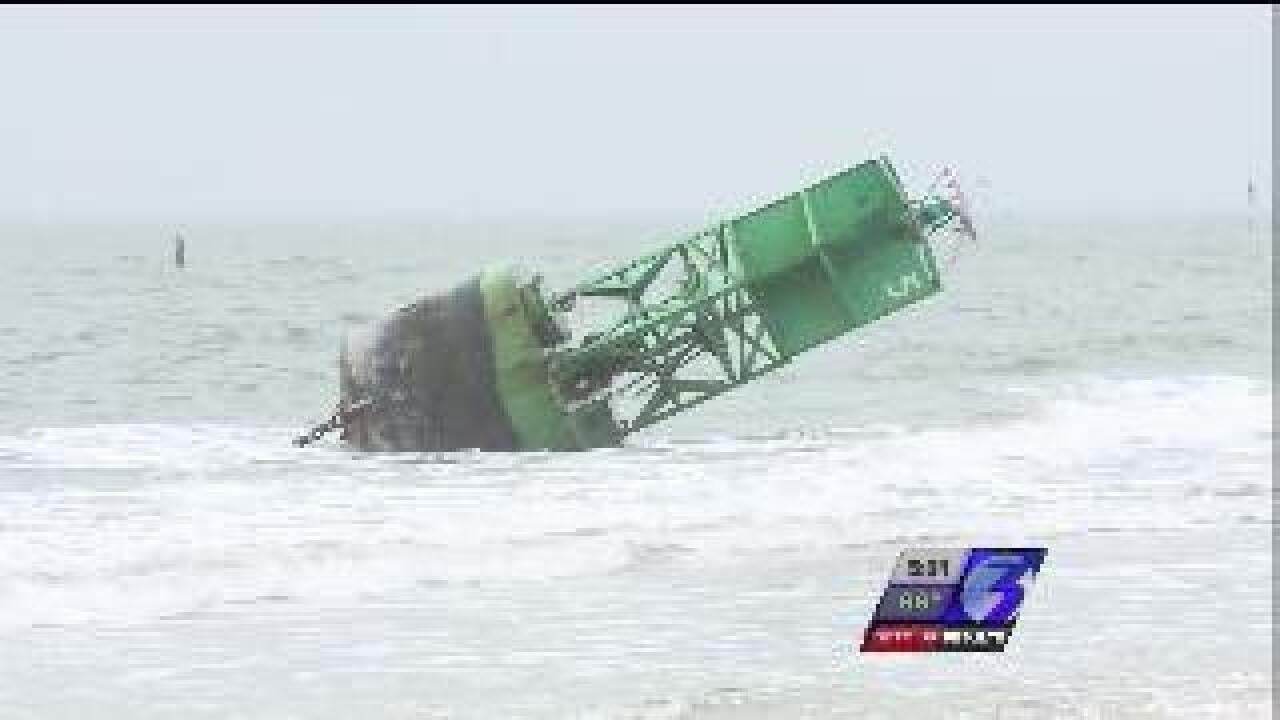 UPDATE: The Navy has just announced that they will remove two buoys from Oceanview and Chick's Beach next week on Tuesday.

They washed up during recent storms.

Crews will tow the buoys off the beach and into the Chesapeake Bay where the Coast Guard Cutter Frank Drew will access them for damage and eventually return them to their assigned positions.

Officials are asking folks to stay away from the beached buoys because they could be unstable and unsafe to climb.

Norfolk/Virginia Beach, Va. - Days of hard rain and stormy waters brought a buoy from the Chesapeake Channel out to Chicks Beach.

"I didn't know what it was because I thought it was maybe it was a kite surfer and I thought that was a little extreme," said Sabrina Matthews of Ocean Park.

The buoy is a part of the same channel of the one that ended up at Ocean View on Wednesday.

The company that manages the buoys and the Coast Guard haven't said when the buoy is heading back out along the line or if there will be any complications for ships trying to navigate the water, since two of the buoys that guide them are no longer there.

Having two come loose within two days, that doesn't happen too often.

At this time, it's just another landmark along the beach, with no word from officials on when it's headed back out.