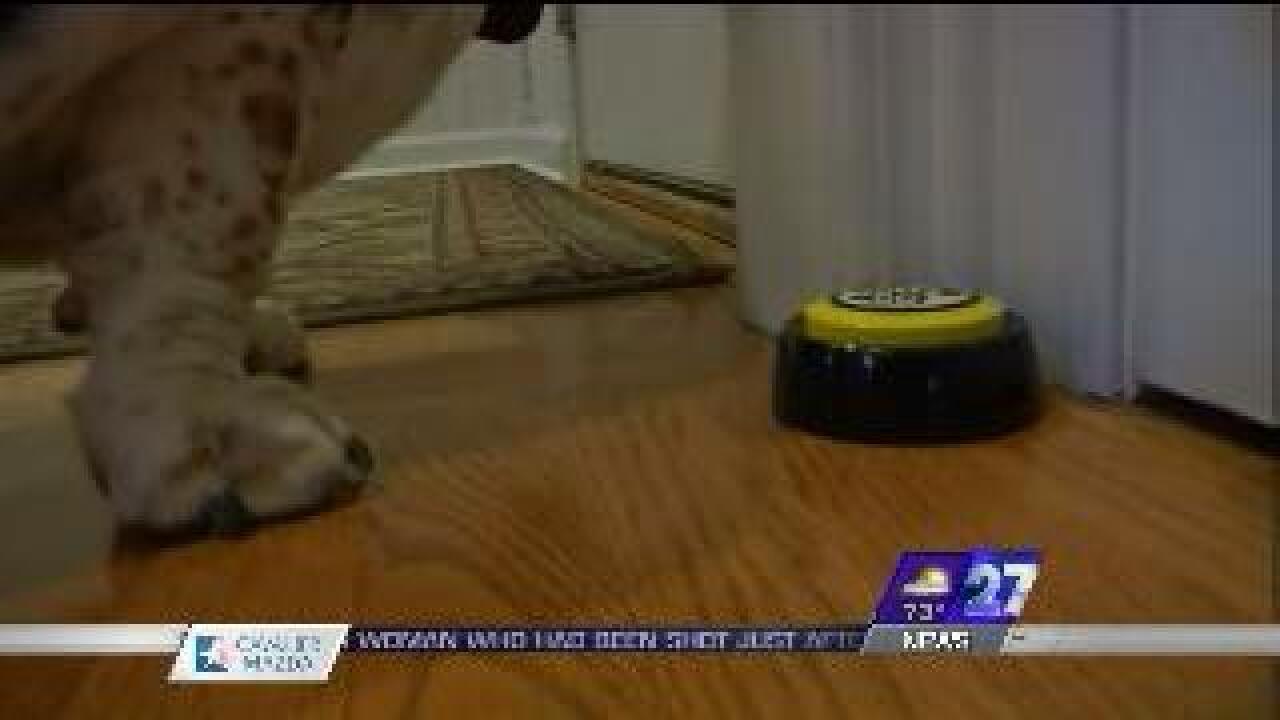 If dogs could speak, they wouldn't have to hold "it" so long before going outside.

A 20-year-old college student may have invented a solution.

It's every dog lover's dream - and now, 20-year-old Chad Bingo from Penfield is creating an easier way for dogs to tell their owners they want to go out.

When Chad's dog Gracie was a puppy, she would continuously scratch the back door whenever she wanted to go out, causing damage to the door.

One night Chad and his father jokingly put a Staples Easy Button near the door, and to their surprise, Gracie pushed the button signaling that she wanted out.

"We put it by the door not expecting her to do anything and she pushed it and we heard that was easy and we thought this is a great idea."

And it was Chad joined the Young Entrepreneurs Academy the next year and created the "Gotta Go" button with training instructions and all.

Chad is hoping this product makes it big, and to help the process move along, he entered Walmart's "Get on the Shelf" competition.

The "Gotta Go" button made it to the second phase of the competition and now, if he gets enough votes, his product will end up on the shelves of every Walmart in the country.

"I would thank everyone, this will open up so many doors. I have a lot more pet ideas that will help people train their pets, pet product empire."