Video: Copperhead snake bites itself after being decapitated 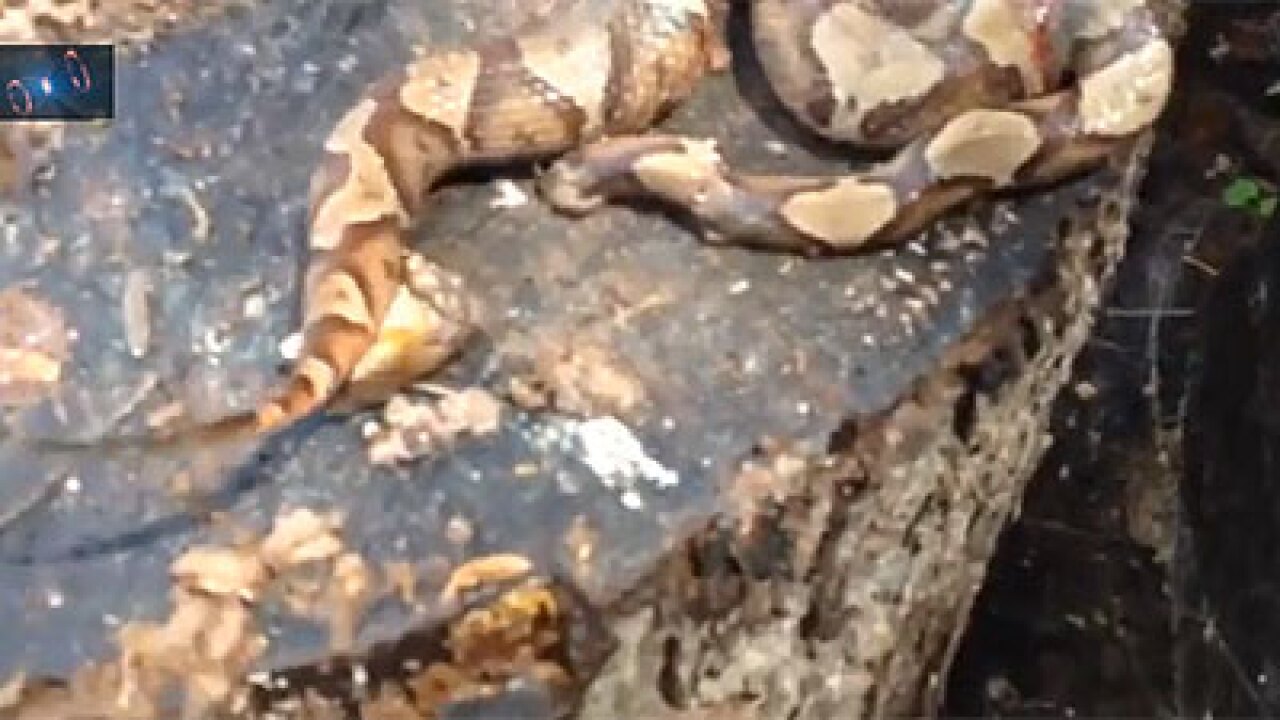 HUNTSVILLE, Ala. – You don’t want to mess with certain kinds of snakes in Alabama.  Copperheads are one of them.  But what happened after this one was decapitated is something you probably haven’t seen before.

A Huntsville man recently found one in the woodpile in his yard after his wife said she had seen it a few days ago.  Sam Billiter cut the snake’s head off, saying he didn’t want his young son or dog to get bitten.

“As soon as I looked it up and saw it was a copperhead, there was no choice,” Billiter told The Huntsville Times. “It had to die.”

He then said he wanted to take a video of the snake’s body moving without its head.  Within a few seconds it bit itself, and gripped on.