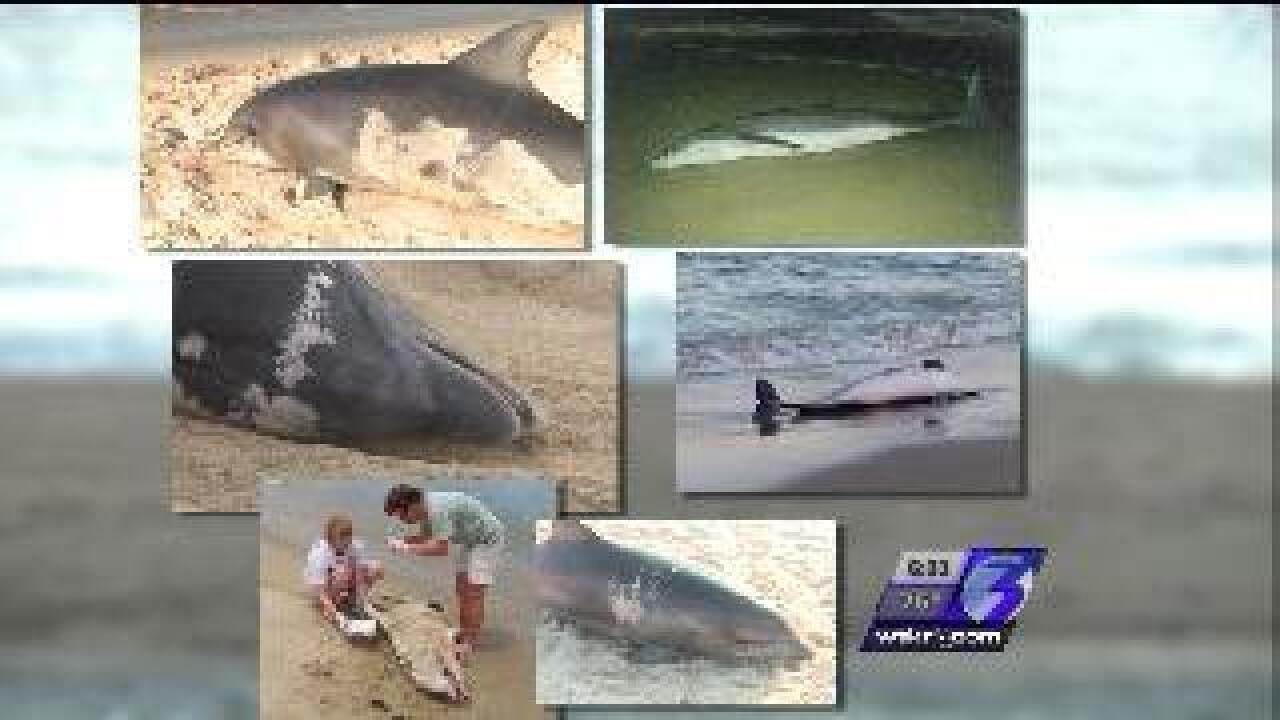 Two were in Norfolk and three on the Eastern Shore.

There have been more than 100 dolphins found dead in Virginia just this year alone.

Dozens more have been found along the east coast.

Earlier this month, NOAA declared an unusual mortality event to further the investigation into what's causing the dolphins to wash up in record numbers.