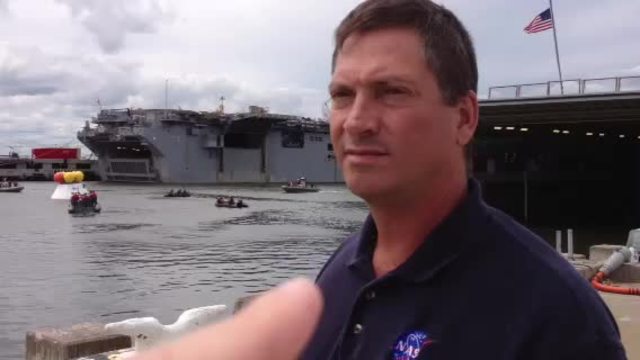 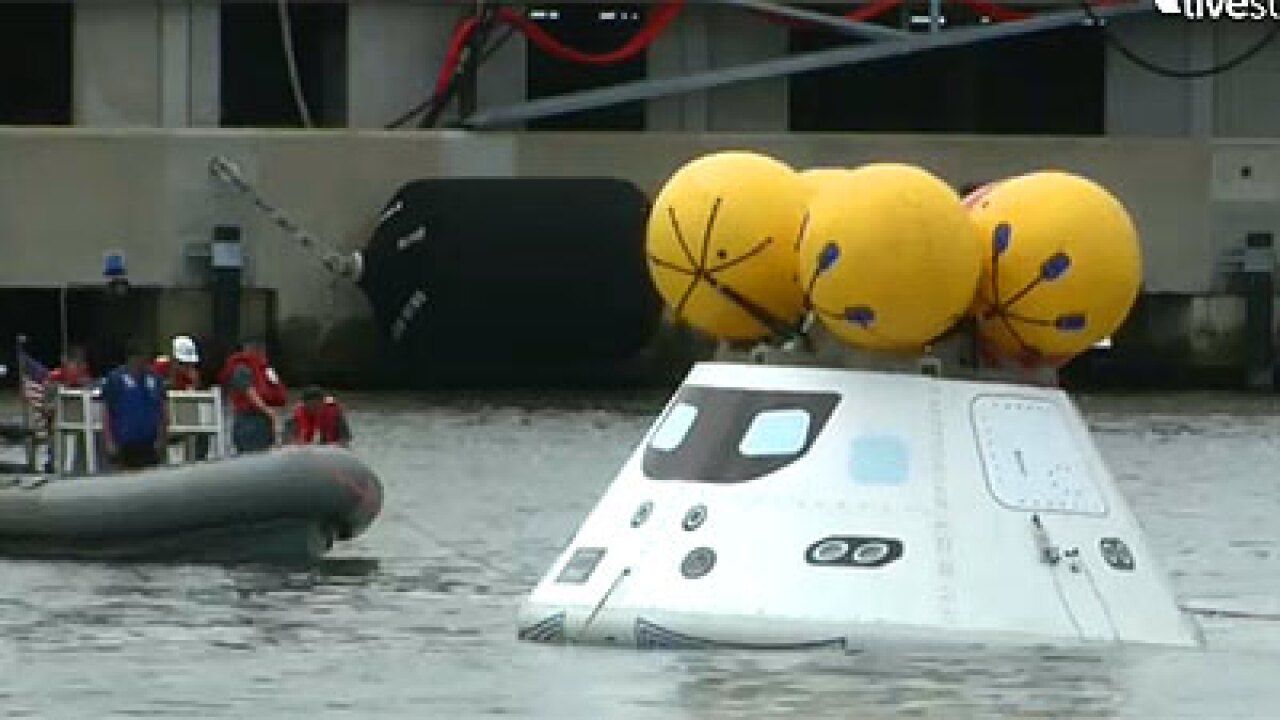 Norfolk, Va. - This week, NASA and the Navy are testing recovering a mockup of the new Orion space capsule from the ocean using the USS Arlington.

The tests will determine the feasibility of NASA's plan to winch the capsules aboard an Amphibious Transport Dock ship instead of using helicopters to hoist it aboard an aircraft carrier as was done with Apollo-era space capsules.

The stationary recovery test will allow the teams to demonstrate and evaluate the recovery processes, procedures, hardware and personnel in a controlled environment.

A demonstration of the recovery process on Thursday was viewed by media and bloggers from around the world at Naval Station Norfolk.

The Arlington is one the Navy's newest amphibious assault ships. The ship's well deck, capability to embark helicopters, air search radar and medical facilities made it an ideal platform for the recovery.

The Navy says during the first phase of the stationary recovery test, Arlington remained moored pier side while the Orion capsule was brought aboard the ship via a barge.

Arlington's crew and NASA engineers determined the best methods for securing Orion prior to pumping the well deck dry and settling the spacecraft into a specially designed cradle.

From the time Orion splashes down, crews will have just two hours to get the space craft onto the ship and open the hatch to release the astronauts inside.

"When they come back at landing, the astronauts are de-conditioned," explained Louie Garcia, Director of Recovery for NASA. "They’ve been in orbit and zero-gravity for so long their bodies are not as strong as they were at launch, so it’s very important."

The tests at Naval Station Norfolk were done in a controlled environment with the USS Arlington docked at the pier.

In January, they will test recovery of the Orion in open water off the coast of San Diego.

"We are going to take stepping stones-  we’re going to go out to San Diego in January and do an underway test with the USS San Diego and see how it is in open water," Garcia explained. 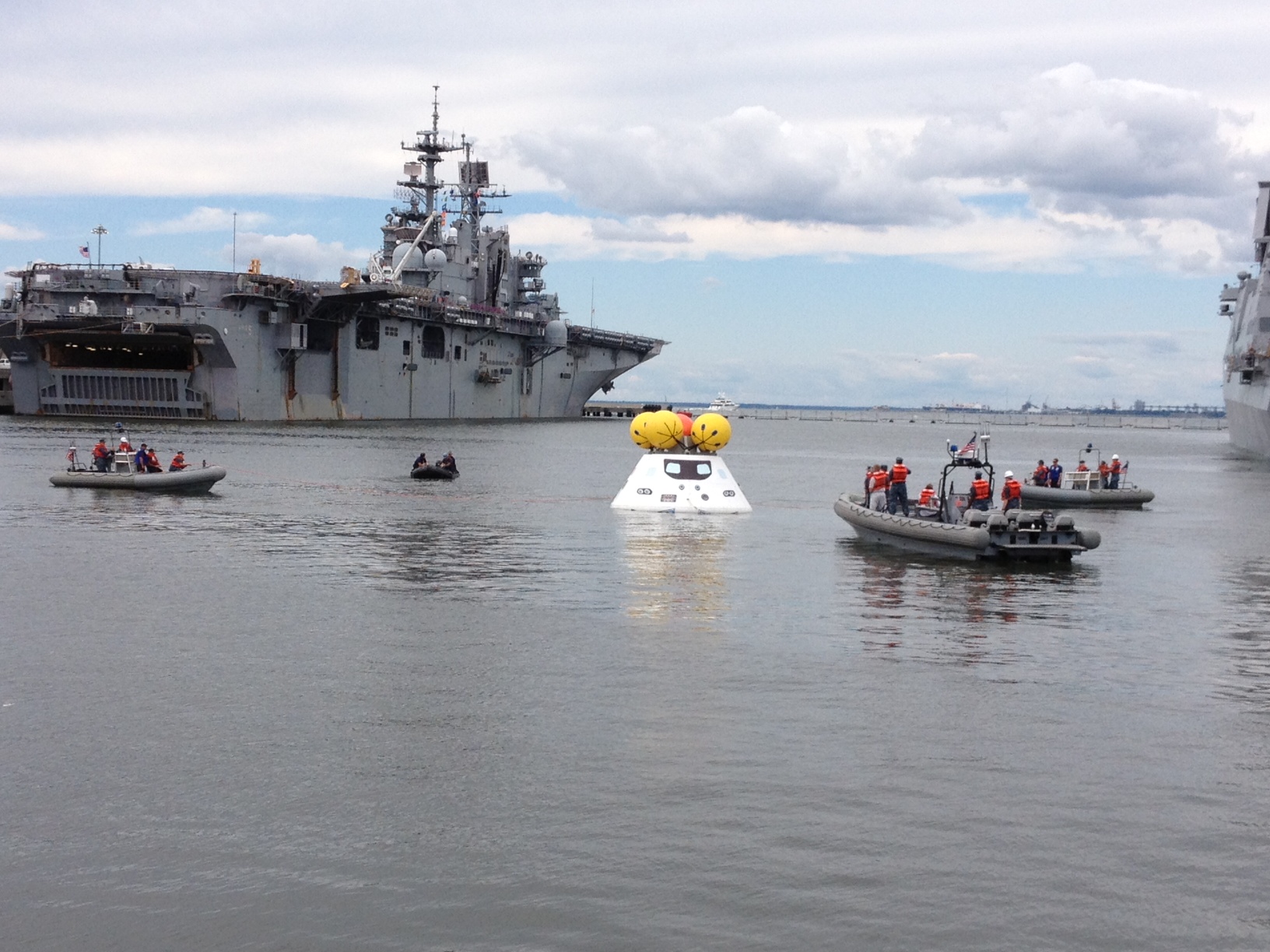 According to Cmdr. Darren Nelson, commanding officer of Arlington, after a week's testing, he couldn't be prouder of his crews' performance.

"Arlington is truly proud to contribute in the future success of human space flight and U.S. national space policies and programs, one that will ultimately lead toward another large step for mankind," said Nelson.

Orion is the exploration spacecraft designed to carry astronauts to destinations not yet explored by humans, including an asteroid and Mars.

The first unpiloted test flight of the Orion is scheduled to launch in 2014 atop a Delta IV rocket.

A San-Antonio-class ship like the Arlington is likely to recover the capsule after that test flight.