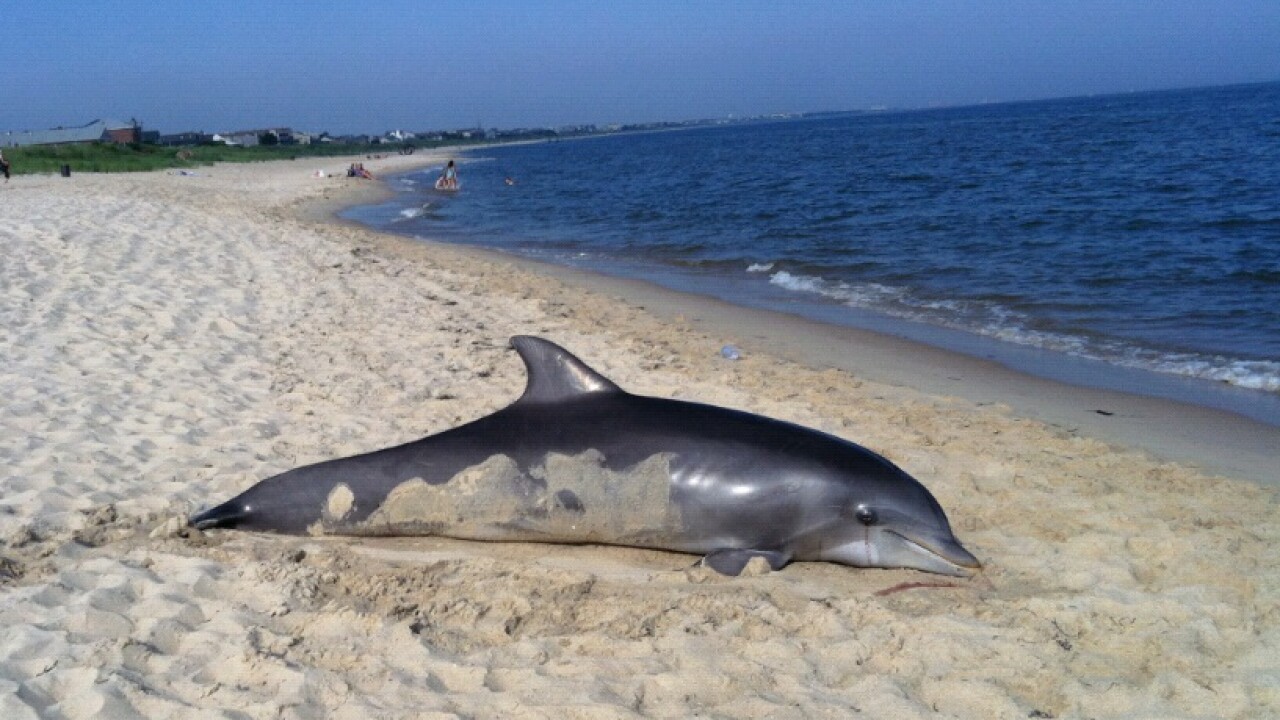 Virginia Beach, Va. (WTKR) - NOAA Fisheries has declared an Unusual Mortality Event due to the high number of bottlenose dolphin strandings that have occurred in coastal areas from New York to Virginia over the past several weeks.

The highest number of strandings has occurred here in Virginia, where over 100 deceased dolphins have washed up on area beaches.

NOAA says the level of dolphin strandings is seven times higher than normal.

Necropsies have been performed but there have been no unifying gross findings.

An infectious pathogen is at the top of the list of potential causes for the event, but all causes will be evaluated.

"There are some lesions we are seeing in the animals now but there’s no smoking gun," explained Susan Barco, Research Coordinator and Senior Scientist at the Virginia Aquarium and Marine Science Center. "We are seeing lung lesions, we’ve seen some skin and oral lesions and we’ve seen some joint lesions. But we’ve only had a couple, many 3 fresh animals, most of have decomposed."

Getting to a dolphin as soon as possible is so critical for scientists to have a good chance of determining a cause of death.

The Virginia Aquarium Stranding Response Team stresses that if you find a dolphin on the beach, don’t touch it, but immediately call them.

13 more dead dolphins wash up in Virginia; Total now at 100 for the year