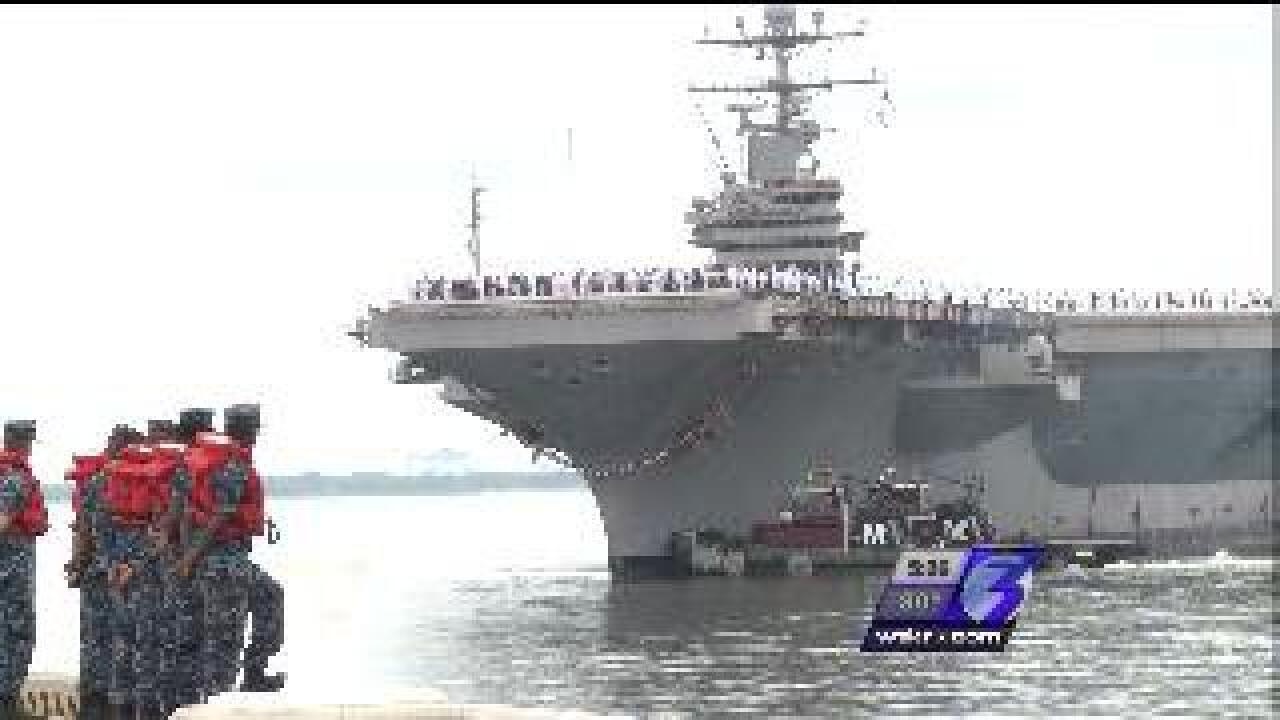 One out of every five civilian workers attached to some Hampton Roads military commands will be losing their jobs – some as early as October, according to a Pentagon memo sent Wednesday night by Deputy Secretary of Defense Ashton Carter.

U.S. Fleet Forces Command and Joint Forces Command at Naval Station Norfolk, Training and Doctrine Command at Fort Eustis, as well as Air Combat Command at Langley are just some of the agencies within the Pentagon who will now have to trim their headquarters budgets by 20 percent in the next five years.

That includes “striving” to cut 20 percent of civilian staff positions at each command by fiscal year 2019.

Commanders technically don’t have to start those layoffs until fiscal year 2015, but the Pentagon is urging early implementation if possible in fiscal year 2014, which begins October 1st.

That news came after Secretary of Defense Chuck Hagel announced he is looking at the possibility of “mothballing” three aircraft carriers to save money.

The USS Dwight D. Eisenhower, the USS George H.W. Bush, the USS Harry S. Truman, the USS Abraham Lincoln, and the USS Theodore Roosevelt are all aircraft carriers in Hampton Roads that are now potentially on the chopping block if Congress doesn’t put a stop to sequestration.

Hagel says one of the options to save billions from the budget is to “mothball” up to three carriers, which means they would sit, permanently parked at the pier, de-weaponized, and with a skeleton crew who does minimal maintenance.

The Navy has never “mothballed” an aircraft carrier before, but by keeping the ships technically in commission, they could be brought back to the fleet if needed for any new conflicts.

Normally, each carrier based in Hampton Roads brings about $100 million to the local economy.

But with smaller crews and drastically reduced maintenance, we could be seeing huge drops in economic impact if one carrier in Norfolk is mothballed.

Not to mention, the huge hit to mission readiness that worries both active duty and retired military in the area.