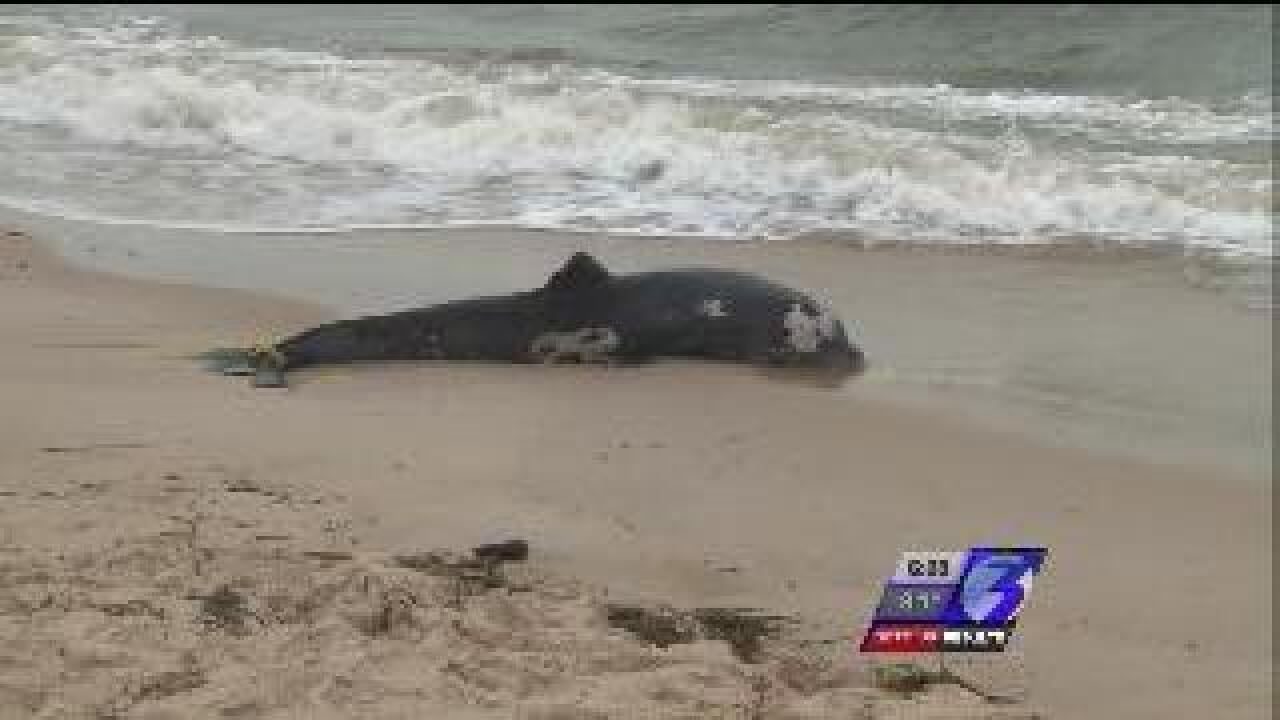 Update: The Virginia Aquarium and Marine Science Center confirms that 13 more deceased dolphins were recovered over the weekend, bringing the total to 100 for the calendar year.

Two scientists from the Smithsonian will arrive on Monday to assist with the investigation.

The Virginia Aquarium and Marine Science Center confirms to NewsChannel 3 that one dolphin was found in the Ocean View section of Norfolk and four others were found in counties including Mathews and Gloucester.

The 5 additional dolphin deaths bring the total number of stranded dolphins recovered by the Virginia Aquarium's Stranding Response Team to 87 for the year.

In July, 44 dolphins were recovered by the team, compared to 7 they typically see in that month.

Virginia isn't the only state dealing with the increase in dolphin strandings. New Jersey is also reporting a higher than usual number of dead dolphins washing up on shore.

Maggie Mooney-Seus, a spokeswoman for NOAA's National Marine Fisheries Service, tells NewsChannel 3 that the agency has e-mailed an alert to stranding teams along the East Coast asking them to monitor and report dolphin deaths.

The agency is hoping to collect information to see if there are any trends.

NewsChannel 3 also spoke with the Karen Clark, program coordinator for the Outer Banks Center for Wildlife Education, who reports that the number of dolphin strandings in the Outer Banks have not increased and remain typical compared to previous years.