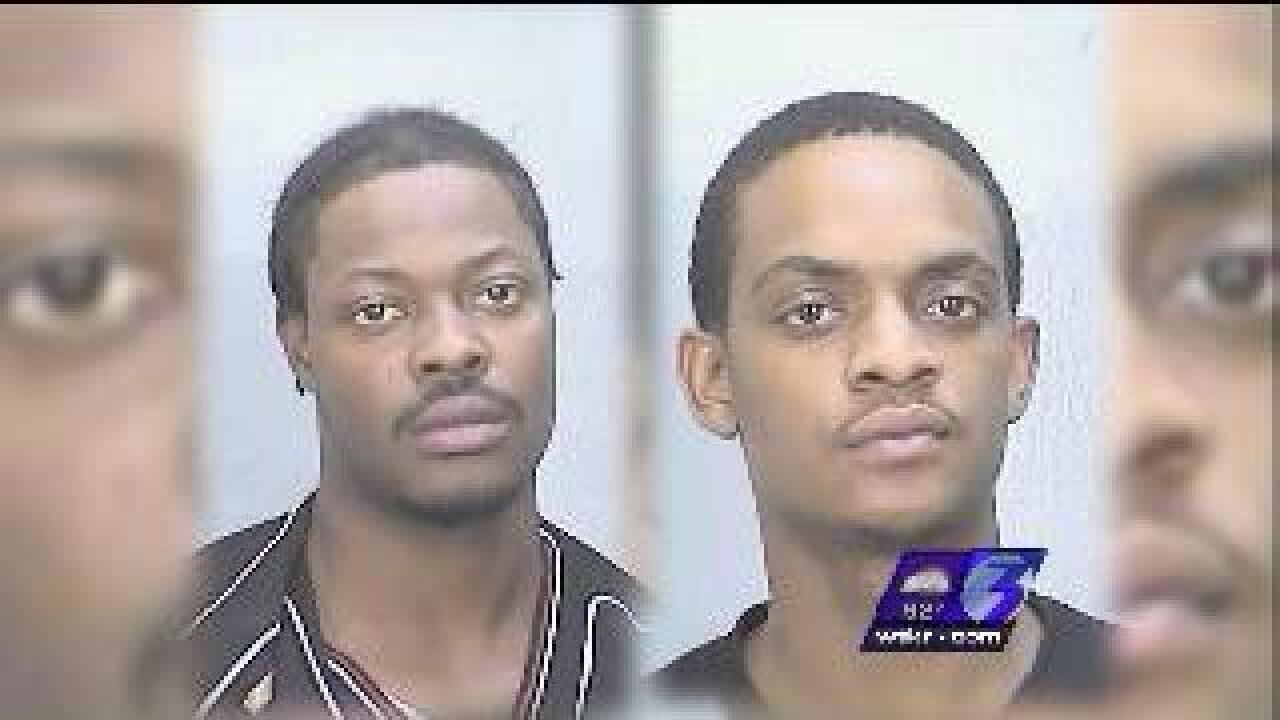 Update: Police have now arrested both men wanted in connection to the shooting on Madison Ave. Officers say citizen tips helped them make the arrest.

On Thursday, police conducted a traffic stop on Terminal Ave. and Pringle was then arrested.

On Friday, police surrounded an apartment on Madison Ave. after Bumphus was reportedly seen in apartment. He complied and was taken into custody without incident.

Both are now in the Newport News City Jail without bond.

“I peek around the corner, he shoots.”

Cortez Bumphus and Avery Pringle are now facing abduction, robbery and weapons charges, after police say the pair kidnapped Hopes’ brother at a Jefferson Avenue convenience store, forced him into a car at gunpoint, and demanded drugs and money from his house.

What these two suspects didn't know—that Hopes was there, and happens to be a legal gun owner.

“I grabbed my gun out of my drawer,” said Hopes, who walked out of his room to shots being fired at him. “The shooting went on for 2-3 minutes.”

Hopes says he first encountered a suspect down stairs, shooting at him from the side of the staircase, but then he heard his brother upstairs calling for help.

“I kicked open the door, my brother is on the floor with the guy on him, scuffling,” said Hopes. “I come back behind the wall and start shooting, and then he starts shooting. I shoot again, but then I hear someone coming up the stairs.”

Surrounded on both sides, Hopes retreated into his bedroom, and that's when the suspects made a run for it, getting away with one of his guns, but no money.

Police found more than 20 bullets in the apartment but no one was actually hit.

“I was terrified for my brother’s life, terrified for everyone else that was in the house, and knew I had to defend it by any means necessary,” said Hopes.

Both Bumphus and Pringle are still out on the streets, considered armed and dangerous.

Newport News police on the hunt for two dangerous men