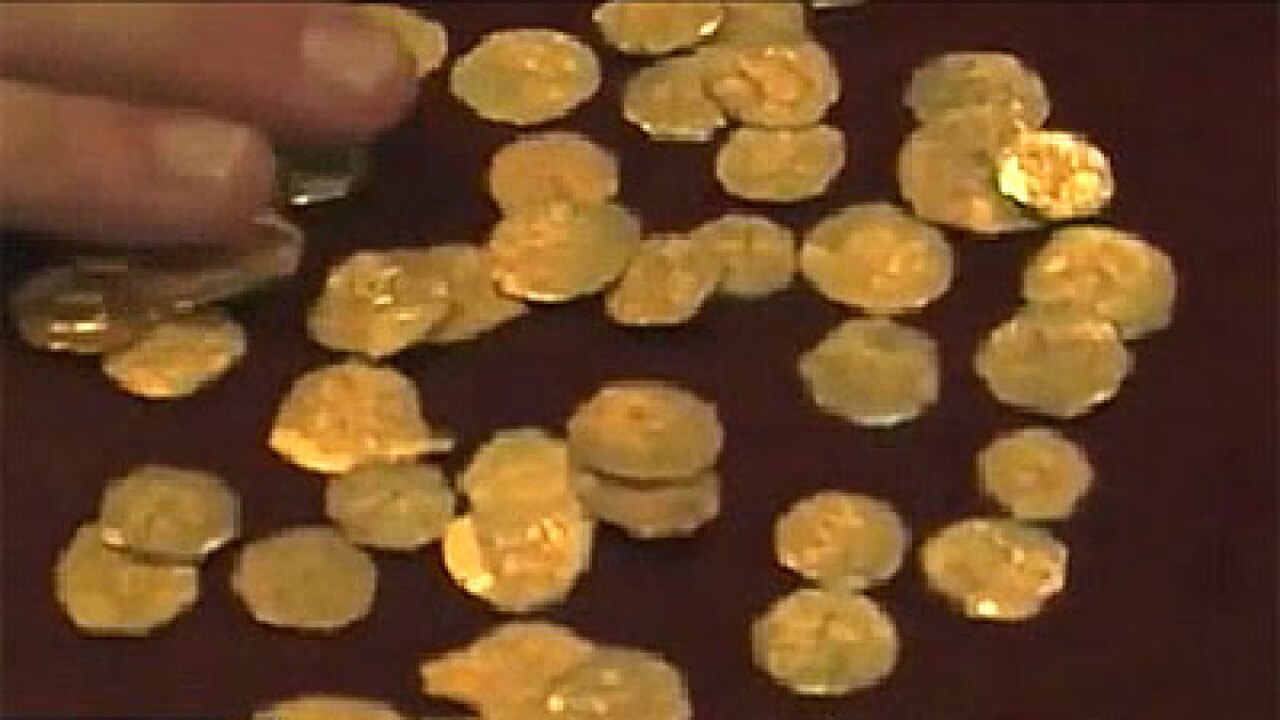 (CNN) — “Constantly searching for a needle in a haystack” is what Brent Brisben says he does for a living, and on days like Saturday, the payoff makes the work worthwhile.

Brisben owns the 1715 Treasure Fleet Queen’s Jewels salvage company. This weekend, he and his crew of three found quite a few “needles” in their oceanic “haystack” — 48 gold coins that date back 300 years, to be exact.

The coins, called escudos, were part of the treasure aboard a fleet of 11 Spanish galleons wrecked by a hurricane off the Florida coast on July 31, 1715. It was this famous shipwreck that gave this part of Florida its nickname, The Treasure Coast.

The coins appear to be in good condition, and still have some legible dates and markings. The oldest bears the date 1697; the youngest is dated 1714.

Perhaps the most surprising thing about the expedition is that the coins were found just 100 feet from the shoreline, in only six feet of water.

Though Brisben admits his work is exciting, he says it’s not like you see in the movies. “You may expect to see a big galleon on its side with treasure chests overflowing, but it’s not like that at all,” he said.

“With shipwrecks that old, most of the organic material like the actual wood of the ship is gone, due to deterioration. What’s left are mostly metals and pottery… china, silver buckles, bronze cannons and gold coins.”

The coins will be sold to private collectors and the money raised from the sale will finance further searching of the wreckage site, Brisben said.