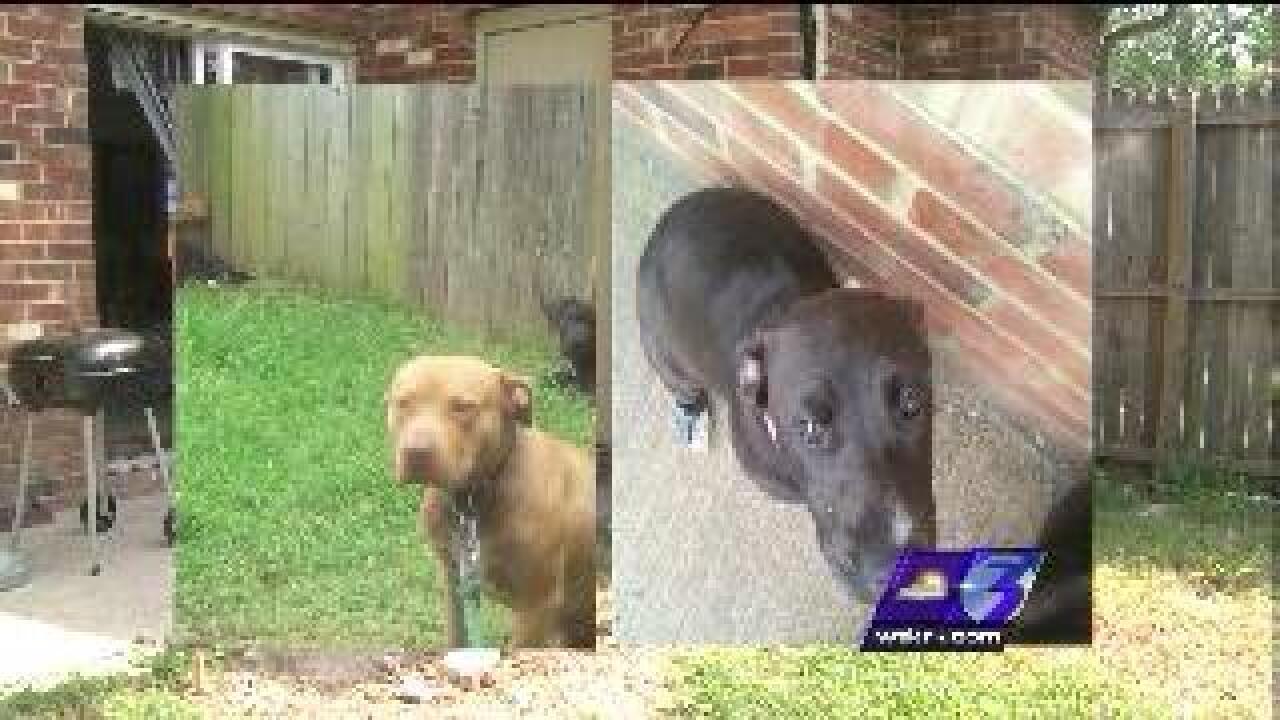 Newport News, Va.- A Newport News man was charged after his two dogs were found outside dead. Officials say they died from a heat stroke.

Delmonte Crawford left his two pit bulls outside for a few hours on July 5th, something he says he does every day.

“I treat my animals just like my kids. I would have never harmed them,” Crawford said.

“I got a bottle of water and all I could do what sit down knowing that something really happened to my animals,” he added.

He says the dogs were tied to a doorknob while he went out, just like every other day.

NewsChannel 3 asked Crawford if he thought leaving his dogs outside on a summer day was questionable.

He responded with,” I don’t believe that it’s questionable. It was only for a few hours. I had guests in the house checking on them. It didn’t concern me because I knew the dogs were fine. They have shade, they had adequate food and water."

Crawford says he thinks someone came in through the fence, walked over to where the dogs were tied up, hit them over the head and killed them.

“I think someone came in and saw the dogs they maybe were like I don`t know, afraid of the dogs, upset, and they just beat them to death,” he added.

He told us he came back to the dogs lying in a pool of blood, but didn’t see any marks on them, just a “look” on their lifeless faces.

“He had a real aggressive look on his face when I had looked at him. His face had a real mean demeanor like someone tried to do something to him,” Crawford said.

But police say the only person who did anything to the dogs is Crawford.

“I do not believe I made a mistake. My dogs are normally outside. This has never happened before."