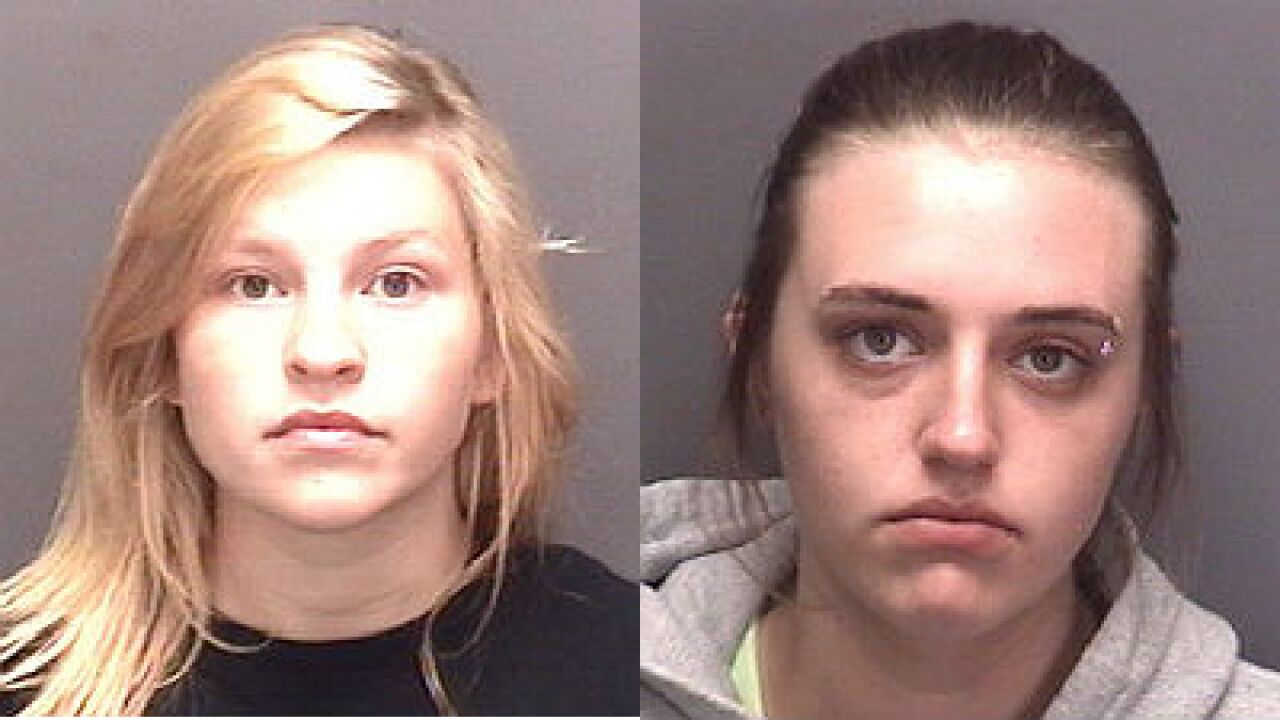 Police say the two were recorded on surveillance cameras using a stolen credit card for purchases at various locations while pushing toddlers in shopping carts.