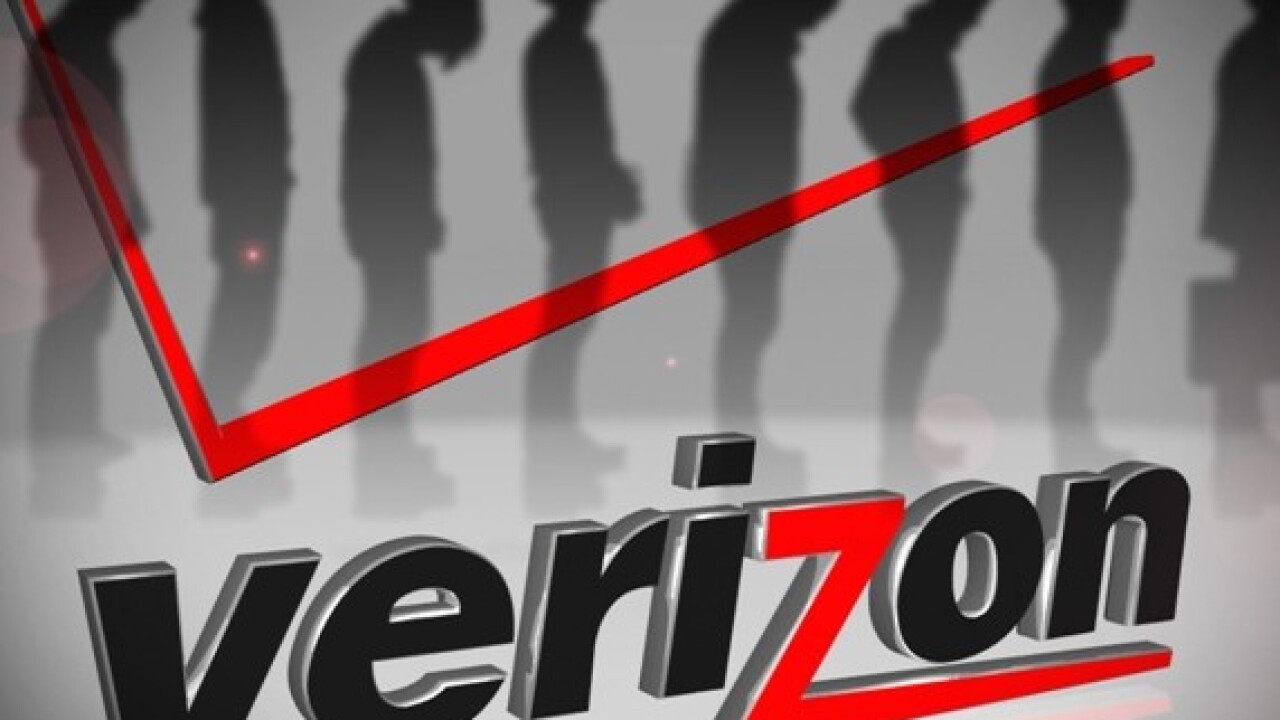 (CNN) — The widespread collection of some Americans’ phone records, revealed in an an explosive new report, is nothing new, the head of the Senate Intelligence Committee said Thursday.

“As far as I know, this is the exact three-month renewal of what has been the case for the past seven years,” said Sen. Dianne Feinstein, D-California. “This renewal is carried out by the FISA court under the business records section of the Patriot Act. Therefore it is lawful. It has been briefed to Congress.”

Rep. Mike Rogers, chairman of the House Intelligence Committee, said the program was used in the last few years to stop a terrorist attack in the United States. He gave no details on the attack, but said the program operates under rigorous judicial and congressional oversight.

Sen. Barbara Mikulski, head of the Appropriations Committee, called Thursday for a closed-door briefing of the entire Senate.

When she read the news Thursday morning, “It was like, oh, God, not one more thing … where we’re trying to protect America and then it looks like we’re spying on America,” she said at a hearing with Attorney General Eric Holder on Thursday.

She asked Holder to give a classified briefing to the Appropriations Committee, and he agreed.

The revelation began with the the U.K.-based “Guardian” Newspaper, which published a top-secret Foreign Intelligence Surveillance Act court order requiring the communications giant Verizon to turn over records on a daily basis.

The four-page order, which The Guardian published on its website Wednesday, demands the “originating and terminating” telephone numbers as well as the location, time and duration of the calls — and absolute secrecy.

The Guardian said the order involves “millions of U.S. customers of Verizon.”

“The document shows for the first time that under the Obama administration the communication records of millions of U.S. citizens are being collected indiscriminately and in bulk — regardless of whether they are suspected of any wrongdoing,” the article says.

The court order allows both the FBI and NSA to obtain the records, which include domestic and foreign phone calls between April 25 and July 19.

Holder did not comment during his previously scheduled public hearing, saying he wanted to reserve comments for a classified briefing. He also would not answer a question as to whether the administration seized records from Congress or the courts — which could violate the separation of power.

‘No indication’ that the collection is limited to Verizon, activist group says

The Electronic Frontier Foundation, which fights to protect privacy, says the order published by The Guardian “gave the NSA a record of every Verizon customer’s call history — every call made, the location of the phone, the time of the call, the duration of the call, and other ‘identifying information’ for the phone and call” during the dates specified.

“There is no indication that this order to Verizon was unique or novel. It is very likely that business records orders like this exist for every major American telecommunication company, meaning that, if you make calls in the United States, the NSA has those records. And this has been going on for at least seven years, and probably longer.”

In 2006, it was revealed that the NSA was secretly collecting telephone records as part of an effort to root out potential terror plots.

Verizon denied the reports. “Verizon’s wireless and wireline companies did not provide to NSA customer records or call data, local or otherwise,” the company said at the time.

On Thursday, Verizon said it would not comment on The Guardian report.

But in a note to employees, Vice President Randy Milch emphasized that the order published by the newspaper would compel the company to respond and forbid its revealing the order’s existence, and it says the company would not provide the contents of communication “or the name, address, or financial information of a subscriber or customer.”

“Verizon continually takes steps to safeguard its customers’ privacy,” he wrote. “Nevertheless, the law authorizes the federal courts to order a company to provide information in certain circumstances, and if Verizon were to receive such an order, we would be required to comply.

A senior official in the Obama administration defended the idea of such an order early Thursday.

Without acknowledging whether the order exists, the administration official emphasized that such an order would not include collection of “the content of any communications or the name of any subscriber. It relates exclusively to metadata, such as a telephone number or the length of a call.”

“Information of the sort described in the Guardian article has been a critical tool in protecting the nation from terrorist threats to the United States, as it allows counterterrorism personnel to discover whether known or suspected terrorists have been in contact with other persons who may be engaged in terrorist activities, particularly people located inside the United States,” the unnamed official said in a written statement to media.

The official also insisted that the Foreign Intelligence Surveillance Act authorizes intelligence collection. Activities “are subject to strict controls and procedures under oversight of the Department of Justice, the Office of the Director of National Intelligence and the FISA Court, to ensure that they comply with the Constitution and laws of the United States and appropriately protect privacy and civil liberties.”

But former Vice President Al Gore summed up the feelings of many when he wrote on Twitter: “Is it just me, or is secret blanket surveillance obscenely outrageous?”

Sen. Mark Udall, D-Colorado, who serves on the Senate Intelligence Committee, issued a statement saying, “While I cannot corroborate the details of this particular report, this sort of widescale surveillance should concern all of us and is the kind of government overreach I’ve said Americans would find shocking.”

“We believe most Americans would be stunned to learn the details of how these secret court opinions have interpreted section 215 of the Patriot Act,” which deals with “business records,” they wrote.

“As we see it, there is now a significant gap between what most Americans think the law allows and what the government secretly claims the law allows. This is a problem, because it is impossible to have an informed public debate about what the law should say when the public doesn’t know what its government thinks the law says.”

But Feinstein praised the order. “Terrorists will come after us if they can and the only thing that we have to deter this is good intelligence to understand that a plot has been hatched and to get there before they get to us,” she said.

And Sen. Saxby Chambliss, the Intelligence Committee’s ranking Republican, added that the system “has proved meritorious because we have gathered significant information on bad guys and only on bad guys over the years.”

Senator: U.S. finding out ‘who the hell’ terrorists are calling

And Republican Sen. Lindsey Graham, who serves on the Appropriations Committee, made a forceful statement in favor of the order.

“I’m a Verizon customer,” he told Holder at the hearing. “It doesn’t bother me one bit for the National Security Administration to have my phone number.” Authorities, he said, are trying to track terrorists and “who the hell they’re calling.”

“If my number pops up on some terrorist’s phone, I’m confident that the FISA court is not going to allow my phone calls to be monitored by my government unless you and others can prove to them that I’m up to terrorist activity through a probable-cause standard.”

“This was created by the Congress, and if we’ve made mistakes and we’ve gotten outside the lane then we’re going to get inside the lane. But the consequence of taking these tools away from the American people through their government would be catastrophic.”

“If a phone number comes up being connected to someone of suspicion, then (investigators) can go back and look at all of the numbers that phone number called or was called by, how long the calls were, what location the calls were made from, that type of information,” he said on CNN’s “Starting Point.”

“It’s not that someone or some group of analysts can sit there and monitor 50 million phone calls going through the computers. But it would create the ability to go back and see if you could connect phone calls.”

For example, he said, it could allow investigators to go back and look at phone records of Boston bombing suspect Tamerlan Tsarnaev. Normally, phone companies would not maintain those records for long due to storage capacity, Fuentes said. With such an order, the records will be maintained by the NSA and “held for future investigations.”

In order to collect the information, the government has to demonstrate that it’s “relevant” to an international terrorism investigation, according to Jimmy Gurule, a former U.S. official who served as assistant attorney general and undersecretary for enforcement at the Treasury Department.

“The question is how the phone data of tens of millions of Americans is ‘relevant’ to a terrorism investigation. This is clearly an overreach by the NSA and an apparent rubber stamp by the FISA court,” added Gurule, currently a professor at the University of Notre Dame.

The American Civil Liberties Union called for an immediate end to the order and a congressional investigation.

“It’s a program in which some untold number of innocent people have been put under the constant surveillance of government agents,” said Jameel Jaffer, the ACLU’s deputy legal director.

“It is beyond Orwellian, and it provides further evidence of the extent to which basic democratic rights are being surrendered in secret to the demands of unaccountable intelligence agencies.”

And the Center for Constitutional Rights said in a statement, “As far as we know, this order from the FISA court is the broadest surveillance order to ever have been issued: it requires no level of suspicion and applies to all Verizon subscribers anywhere in the U.S.”

The news about the Verizon order comes as the Obama administration is under fire following revelations that the Justice Department seized two months of telephone records of a number of Associated Press reporters and editors, saying the requests were part of an investigation into the leak of classified information.

Justice officials haven’t specified the leak that triggered the investigation, but the AP has said it believes the investigation focuses on its account of a foiled plot to bomb a U.S. airliner in May 2012.