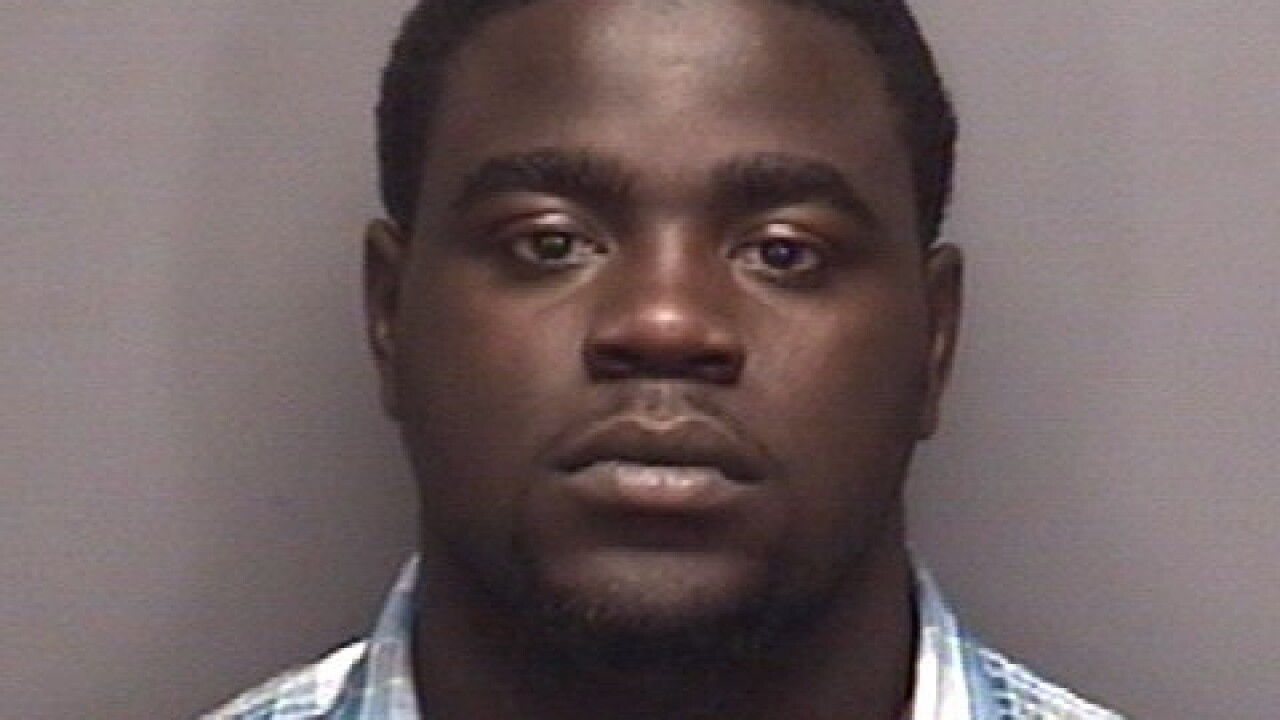 Suffolk, Va.- A 20-year-old student was arrested in connection to a bomb threat made at King's Fork High School yesterday.

This happened at around 1:00 p.m. when the threat was found written on the wall in the boys' restroom according to police.

Abdul Dshawn Dixon is in the 11th grade at the high school. He was arrested and charged with threat to bomb which is a class 5 felony.

"Based on what I know, I didn't think he would be this kind of guy-pretty happy, pretty funny, always joking in class,” said Kyshaun Merchant, a senior at King’s Fork High School. “You know that's pretty much how I knew him."

Tuesday’s threat marks at least eight bomb threats at Suffolk schools in recent weeks. Whether Dixon is involved in any others, authorities aren't saying.

"It’s scaring me," says Tabitha Payton, a senior at King's Fork High School. "I don't even want to attend school because of what might happen or may not happen."

Dixon is no stranger to spending time behind bars. According to court records, last year he pleaded guilty to burglary, served three months of a year sentence and is still on probation.

Students hope with Dixon behind bars now, the threats will stop.

"You can't stop everybody but you can put the fear in someone's mind, which I hope this does," Merchant says.

Dixon was charged with threat to bomb, which is a class 5 felony. All other bomb threats are still under investigation.