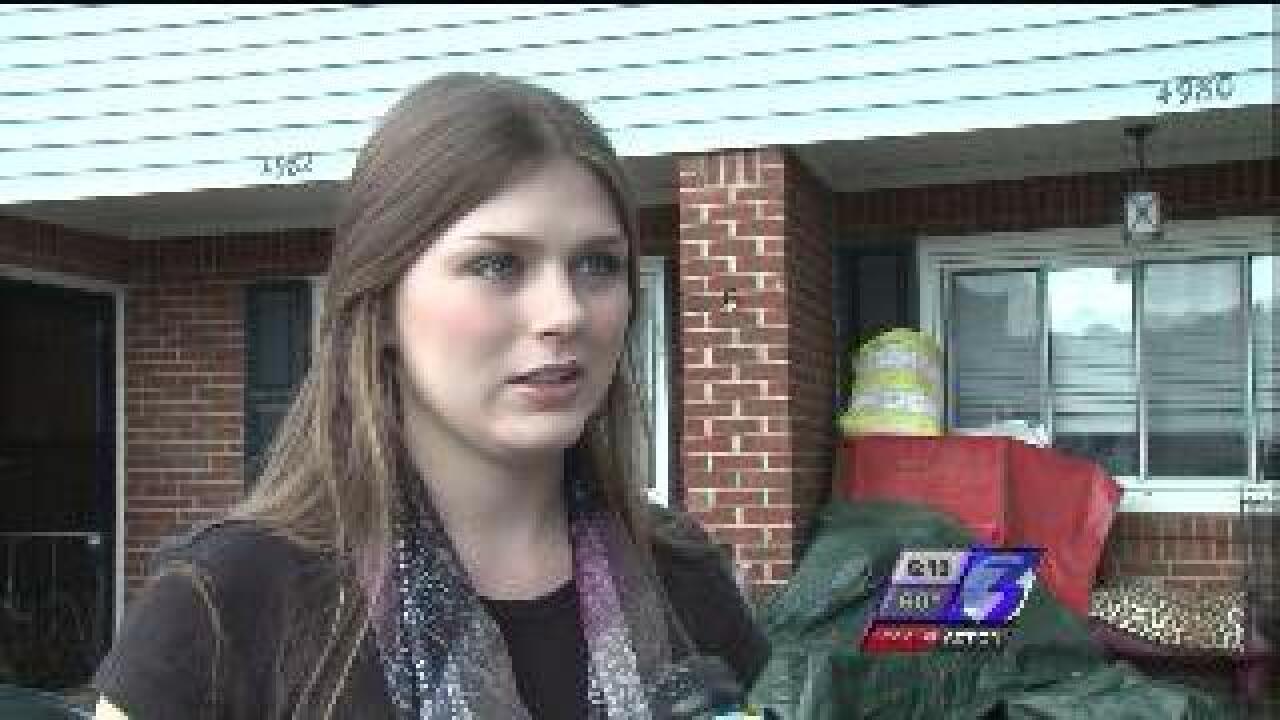 She's now facing a challenge and needs you to take action for her.

Normally you'll find Mariah Smith spending her evenings, along with her mother, handing out blankets, clothes and lunches to the homeless.

Lately though, that's been a problem says Mariah. "It's heartbreaking, it honestly breaks my heart knowing that we can't get to the people who need to be helped." Her adoptive  mother Moira Askew agrees. "We get calls everyday from people needing blankets, wanting us to come out telling us what their needs are. We make sure we get it for them and now we can't get it to them and so it's a huge problem."

Mariah started the charity Blankets for the Homeless a year and half ago. She is so passionate about caring for the homeless in part because 19 years ago, she was homeless.

She was abandoned as baby and later adopted. Now in college, this crusader for the homeless is desperate to save her charity. "It just created a bad situation for what we're doing and it's definitely a setback for us."

The setback is the van they rely on to drive around Virginia Beach passing out blankets, clothes and food  to the homeless.

It starts up fine, but once they're on the road, it's just not reliable. And it has become a safety issue, some of the areas they venture into are not considered that safe.

Part of the problem is they just had to repair the brakes on Mariah's car plus she had to have all four tires replaced. The total bill was over $1,000.  Mom says money is tight for them right now as they also deal with the cost of college; Mariah's wrapping up her first year at TCC.

"Tuition is a huge issue and so we just had to do that and she's going in the summer as well so yes, the finances. We've hit a brick wall on that right now. What we're praying for is someone to come forward maybe a car dealership, or someone who has a vehicle repair place who says I want to keep Blankets for the Homeless on the road."

If you can help email me at kurt.williams@wtkr.com

Take action for teen dedicated to helping the homeless

Take action to help teen “Stuff the Bus” for the homeless