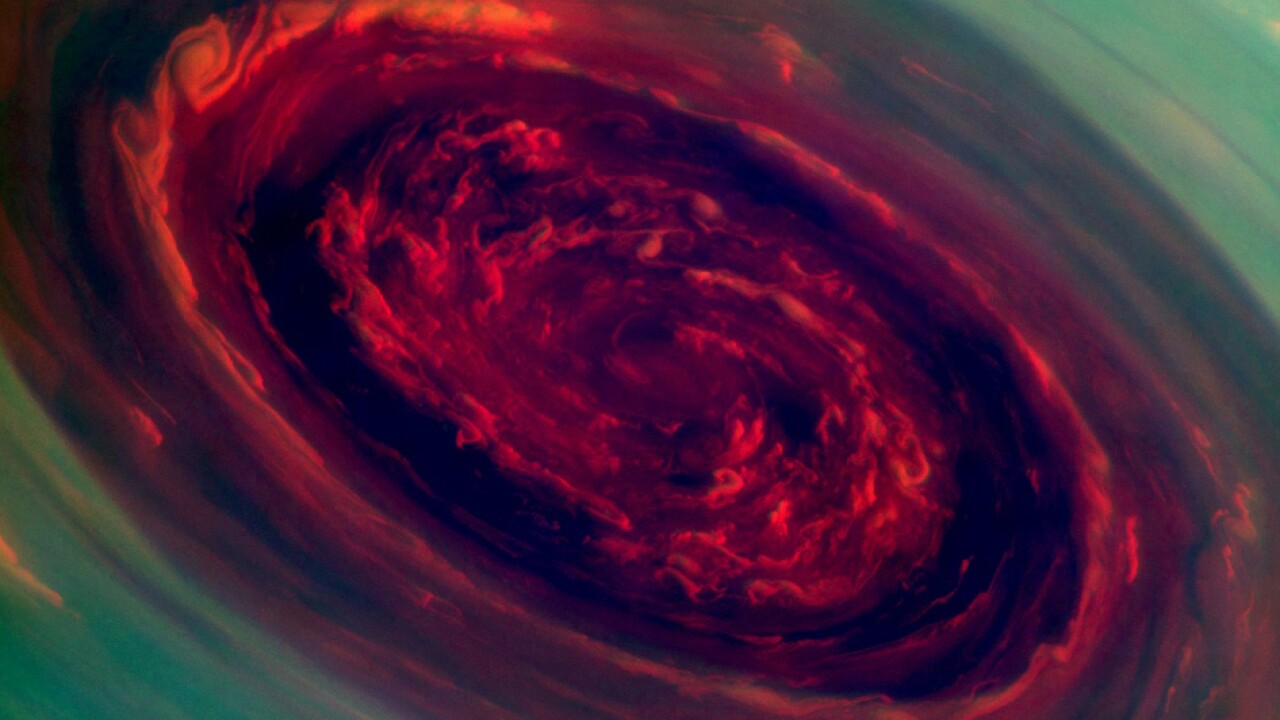 This hurricane is over 1,200 miles across, has winds of 330 mph, has been spinning for years, and is leaving scientists still searching for answers. NASA’s Cassini spacecraft has provided scientists the first close-up, visible-light views of a massive hurricane spinning around Saturn’s north pole.

This system has an eye about 20 times larger than the average hurricane eye on Earth. The hurricane swirls inside a large, mysterious, six-sided weather pattern known as the hexagon. “We did a double take when we saw this vortex because it looks so much like a hurricane on Earth,” said Andrew Ingersoll, a Cassini imaging team member at the California Institute of Technology in Pasadena.

An Earth hurricane and the Saturn “north polar vortex” both have a central eye with very few clouds. They both have high clouds forming an eye wall, other high clouds spiraling around the eye, and a counter-clockwise spin in the northern hemisphere.

A major difference between the hurricanes is the size and speed.  The Saturn system is much bigger and spins surprisingly fast. At Saturn, the wind in the eye wall blows more than four times faster than hurricane-force winds on Earth. Unlike Earth hurricanes, the Saturn hurricane is locked onto the planet’s north pole.