Chaotic Saturday night at the Oceanfront; 3 shootings, 3 stabbings, and 3 robberies 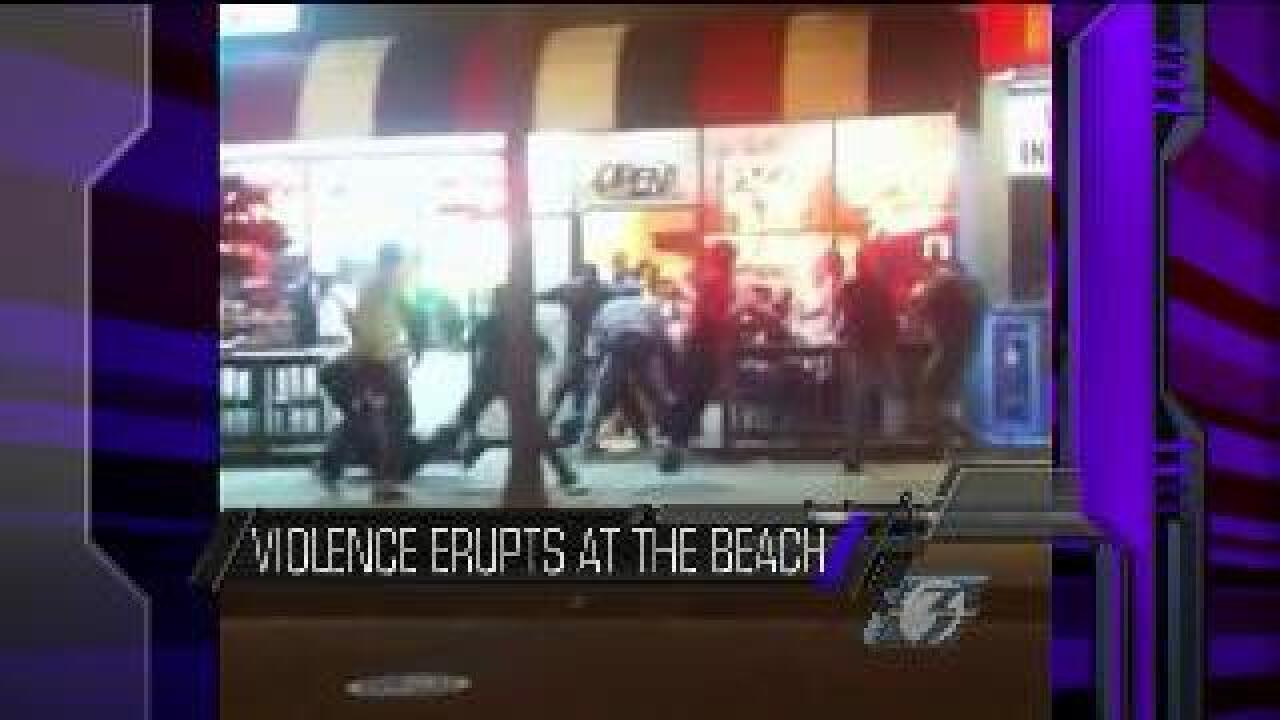 The oceanfront was especially crowded this weekend.  Thousands of people were there for College Beach Weekend.

Police say at 11:23pm, shots were fired and a man was shot in the leg/hip area of his body. His injuries were non-life threatening, and police say he was uncooperative with investigators.

Another man was sitting in his car at 2:58am in the 300 block of 33rd Street when he heard a loud noise, saw that his window was shattered, then realized he had been shot in the chest, police say. His injuries were non-life threatening.

Two people were arguing at 3:13am at 27th and Atlantic. Police say one person hit the other person in the face with a gun. The gun discharged wounding the victim in the face.This person's injuries were non-life threatening as well.

Police are continuing to investigate each shooting, however, the victims were only able to give police limited descriptions of the suspects so investigators have little to go on, according to police.

Police are also continuing to investigate the three stabbings that happened.

A man was walking near Dairy Queen at 11:57pm when he stabbed in the back and neck area, police say.  His injuries were non-life threatening.

Later at 12:25am, two people were arguing in the 2600 block of Atlantic Avenue when, according to police, a man was struck in the face resulting in a laceration. Police have classified this case as a Simple Assault.

Police say there was another verbal altercation at 1:26am in the 2500 block of Atlantic that resulted in a man being cut on his arm, and a woman being hit with a bottle.

Police are investigating the robberies that occurred as well, and are saying they have little to go on in those cases too.

At 11:23pm, a man says he was robbed at 21st and Pacific near the McDonald's. He was approached by several people, according to police, and then pulled out a gun which dropped to the ground and broke apart. Police say the people who approached the man assaulted him, and took the pieces of his gun. Police have classified this incident as a Simple Assault and Larceny.

Another person was robbed of their phone at 2:15am in the 300 block of 17th St. That person was not injured.

Police say there was another robbery at 2:56 am in the 3100 block of Atlantic Avenue, but have not released the details of that incident.

In another incident, a man had just parked his car at 3:05am at 22nd and Atlantic and was sitting inside his vehicle. Police say that is when armed suspects got into his car and demanded property. The man was not injured.

Police say the oceanfront was extremely crowded with people and vehicular traffic Saturday night. At one point, 264 at Parks Avenue was blocked for approximately three hours and traffic was diverted down 17th Street, 31st Street, and General Booth Boulevard.

The investigations into these incidents are on-going and WTKR NewsChannel 3 will update you with more information as it become available from police.

Here is a statement from the Facebook Page of Mayor Will Sessoms:

"For all those who have been posting on Facebook, or inquiring about my thoughts pertaining to the weekend, I appreciate the concern and the questions.

The events that transpired Saturday evening into early Sunday morning at the Virginia Beach Oceanfront should in no way, shape or form be compared to Greekfest 1989. The disruption at the Oceanfront was just that -- a disruption. The police were fully engaged and did an admirable job of not allowing the situation to escalate. I am proud that our law enforcement officers readily maintained the safety of the public, and I want to assure the citizens of this fine city that all is safe and sound.

I also want people to know that our police officers, as well as City officials, including myself, were keeping an eye on the situation at the Oceanfront. I myself spent some time down there late Friday night into Saturday morning.

Again, thank you for your questions, thoughts and concerns."