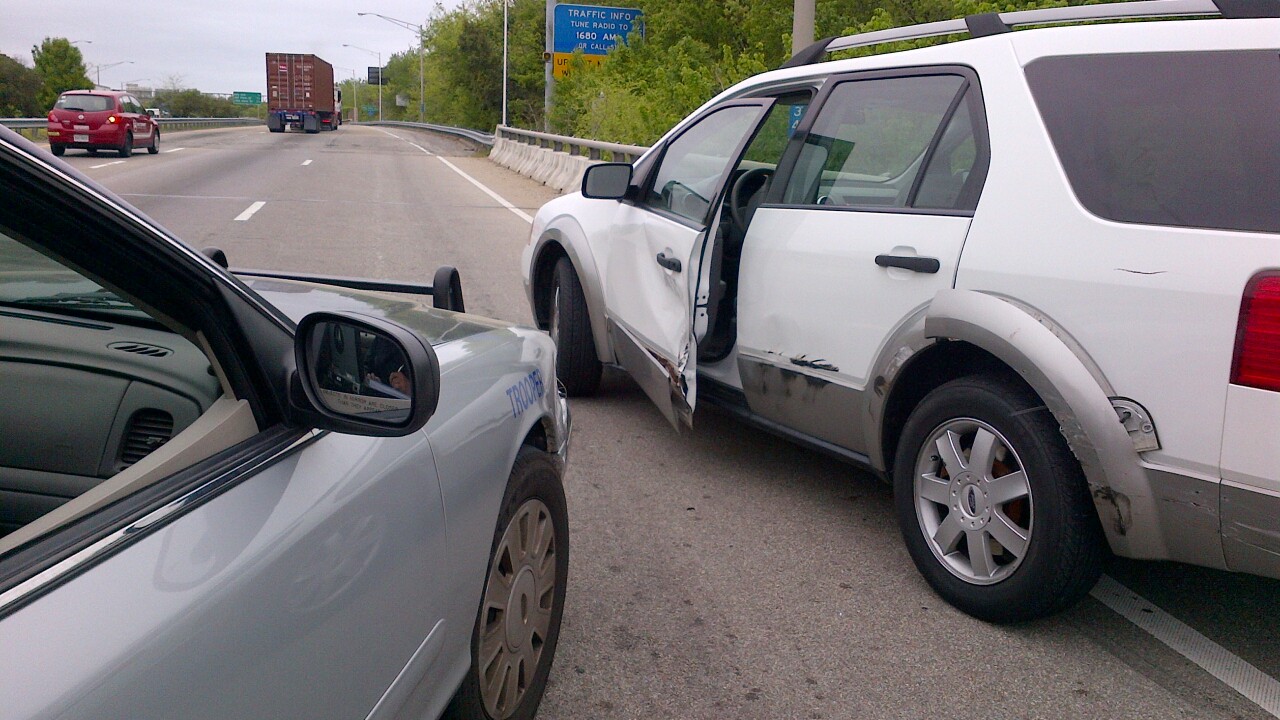 According to the Virginia State Police, Khalif Baucom was driving a Ford SUV at a high rate of speed when he drove past a trooper conducting stationary radar at Battlefield Boulevard.

When the trooper attempted to pull the SUV over, Baucom exceeded at a high rate of speed down I-64 into the HOV system.

Baucom exited the HOV lanes at Granby Street, striking two marked state units. Baucom then jumped out of the moving vehicle and jumped over the Mason Creek Bridge.

He landed in the creek and traveled across Granby Street on foot before he was apprehended.

Baucom suffered minor injuries from the jump and was transported to a local hospital.

No troopers were injured.