Bin Laden’s son-in-law captured and brought to the U.S. 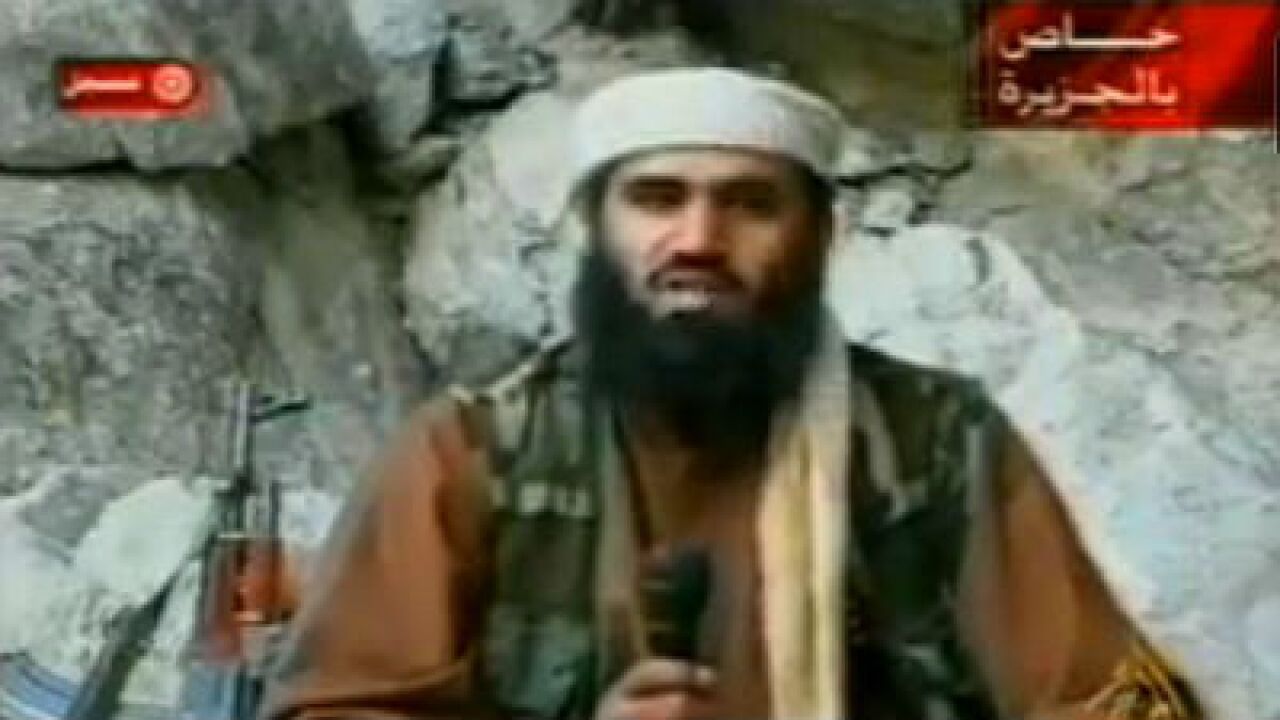 (CNN) – Osama bin Laden’s son-in-law, who has served as an al Qaeda spokesman, was captured and has been brought to the United States, two administration officials and a federal law enforcement official said Thursday.

Sulaiman Abu Ghaith is being held in New York, and will appear in court Friday to face federal charges, the law enforcement official said.

A sealed indictment lays out charges against him, the administration officials said.

Abu Ghaith was captured within the past week in Jordan, according to a spokesman for U.S. Rep. Peter King of New York.

Congress was notified when Ghaith was taken into U.S. custody, the administration officials said.

The U.S. Treasury Department has described Abu Ghaith as “the official spokesman of al Qaeda since his appointment to that position after the attacks of September 11, 2001.”

He appeared in videos as “the mouthpiece of bin Laden,” the department said.

Turkish newspaper Hurriyet reported that Abu Ghaith was seized in Ankara “after a tipoff” from the CIA, and was held for 33 days. A Turkish court decided to release him because he had not committed a crime in Turkey. He was considered “stateless” because Kuwait had stripped him of his nationality after he appeared in videos supporting the 9/11 attacks, the report said.

Abu Ghaith entered Turkey illegally from Iran, so he could be deported to Iran or another country, the report said. After Iran did not accept him, Turkey decided to send him to Kuwait through Jordan. The CIA captured Abu Ghaith when he was passing from Jordan into Kuwait, the newspaper said.

The U.S. government did not immediately confirm the report.

Abu Ghaith was a high school teacher and preacher at a mosque in Kuwait, the U.S. Treasury says on its website. “He fought in Afghanistan, accused the U.S. government of killing children in Iraq through U.N. sanctions, and joined Muslim guerillas fighting in Bosnia-Herzegovina in the summer of 1994.”

He was later banned from his mosque for using his sermons to attack the government.

Before September 11, 2001, “his mission was to recruit elements for training in bin Laden’s camps in Afghanistan.”

The U.S. 9/11 Commission said Abu Ghaith “reportedly” supported the idea of a major operation directly against the United States in 2001.

Bin Laden, leader of the terrorist al Qaeda network that staged the 9/11attacks on the United States, was killed in a U.S. Navy SEAL raid in Pakistan in 2011.