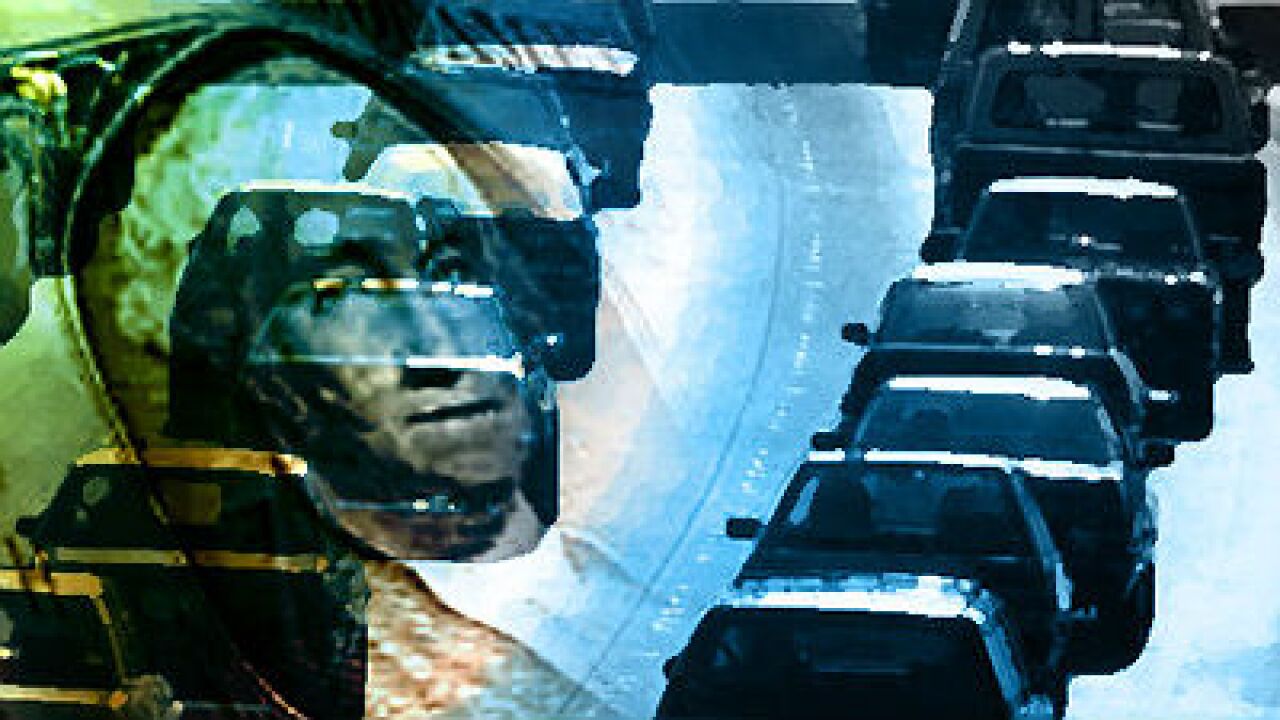 In a 25-15 vote, the Virginia Senate has approved a landmark transportation bill that eliminates the state gas tax, but raises the state sales tax.

The bill now heads to the governor’s office where Governor Bob McDonnell is expected to give final approval.

The bill, which sets a framework for how the state will fund future transportation projects, does not add tolls to Interstate 95 and eliminates the state gas tax.

Governor McDonnell issued the following statement about the bill:

“This is a historic day in Virginia. We have worked together across party lines to find common ground and pass the first sustainable long-term transportation funding plan in 27 years. There is a ‘Virginia Way’ of cooperation and problem solving, and we saw it work again today in Richmond.

“Most Virginians and Americans are tired of the politics of dysfunction and inaction that we see in Washington. They prefer cooperation and results. They want elected officials to advocate for their principles and then find ways to work together to get things done and improve their daily lives. We do that in Richmond. For several decades now transportation loomed as an issue that seemingly could not be solved. Lines were drawn and debates droned on as motorists sat in traffic. Today we have shown a path forward, a path past the old political arguments and endless posturing that threatens the economic prosperity and competitiveness of our state and nation.

“Every year, Virginians have been paying a hidden transportation tax. The Texas Transportation Institute found that our failure to approve new transportation funding, and the resulting congestion, cost every motorist in Northern Virginia $1,400 a year; every driver in Virginia Beach $877 a year; and every commuter in Richmond $581 a year. For nearly three decades, Virginians have paid a high price for our inaction on transportation. Their commutes have gotten longer as political positions got more and more rigid and unyielding. And that is a tax in and of itself. With this bill, gas prices will be reduced, and we will reduce our historic reliance on the gas tax which is in a long-term decline. Today we have stated unequivocally that transportation is a core function of government, by moving $200 million in future general fund dollars, and another $200 million from anticipated changes to federal law, to transportation. And we will allow Northern Virginia and Hampton Roads the resources they have long requested to address their pressing, local transportation needs. Through tax reform, general fund dedication, and economic growth, we will build a 21st century transportation network.

“Over the past three years, we have cut spending, audited and reformed VDOT, authorized new bonds, used surpluses, issued new public-private partnerships for toll roads, created the Virginia Transportation Infrastructure Bank, and dedicated two-thirds of all undesignated surplus funds to transportation. We have used every tool provided by law to leverage scarce dollars. Yet those actions were not sufficient to meet the mobility, economic development, and quality of life needs of the people of Virginia. Today, we fixed the problem.

“This is a compromise bill. It had to be. Neither party controls Richmond outright. The House is Republican, the Senate is split 20-20, and the Lieutenant Governor cannot vote on transportation funding. On an issue like transportation funding, regional differences and needs are just as important as partisan affiliation. If we were ever going to fix this problem, and improve our citizens’ quality of life, a compromise had to be fashioned.

“Virginia’s economy depends upon a modern transportation system. Without good roads, rail, transit and bridges we cannot attract the new businesses that will create the good-paying jobs our citizens need and deserve. A continued failure to dramatically improve transportation would leave the Commonwealth less competitive economically, shrink our tax base and endanger our well-earned reputation as the best state in the nation in which to do business. In fact, just last year CNBC dropped Virginia to third in its well-recognized annual ranking of ‘Best States for Business’, in large part because of our repeated inability to properly fund transportation. We plummeted from 10th to 33rd in the specific category of ‘Transportation and Infrastructure.’ That is unacceptable. I ran and was blessed to be elected on a pledge to make Virginia a jobs-magnet, and do everything I could to help our state attract more employers so our citizens could get the good jobs they need and deserve. This transportation plan helps us do that. Conservatives believe we must grow our economy by allowing the private sector to thrive and create. We believe in paying as you go and in not running up high levels of debt. That is how you create new revenue. But that can’t happen if we don’t provide private-sector job creators with the infrastructure they must have to be successful.

“This vote is an important moment for Virginia’s economy, Virginians quality of life, and our political system. We have demonstrated that in Richmond we cut the rhetoric and we get results for the people. We have found ways to move from sound bites to solutions. We have passed, on a bipartisan basis, the first major new sustainable transportation funding and reform bill in Virginia in 27 years. I thank the over 60 percent of legislators in each chamber who voted for this bill and I thank Secretary of Transportation Sean Connaughton and his team and the many individuals and groups all across Virginia who have advocated tirelessly for this legislation from business to labor, and local government to technology. Specifically I would like to thank Lieutenant Governor Bill Bolling, Speaker Bill Howell, Majority Leader Tommy Norment, Majority Leader Kirk Cox, Delegate Chris Jones and all of the conferees. With this vote, we have made Virginia more economically competitive, improved our business climate, helped the private sector to create more jobs in the years ahead, and helped families spend more time together and less time in traffic. I look forward to receiving the bill in the days ahead, and, as with every piece of legislation we receive, conducting a thorough policy and legal review of the legislation for any amendments that may be appropriate.”