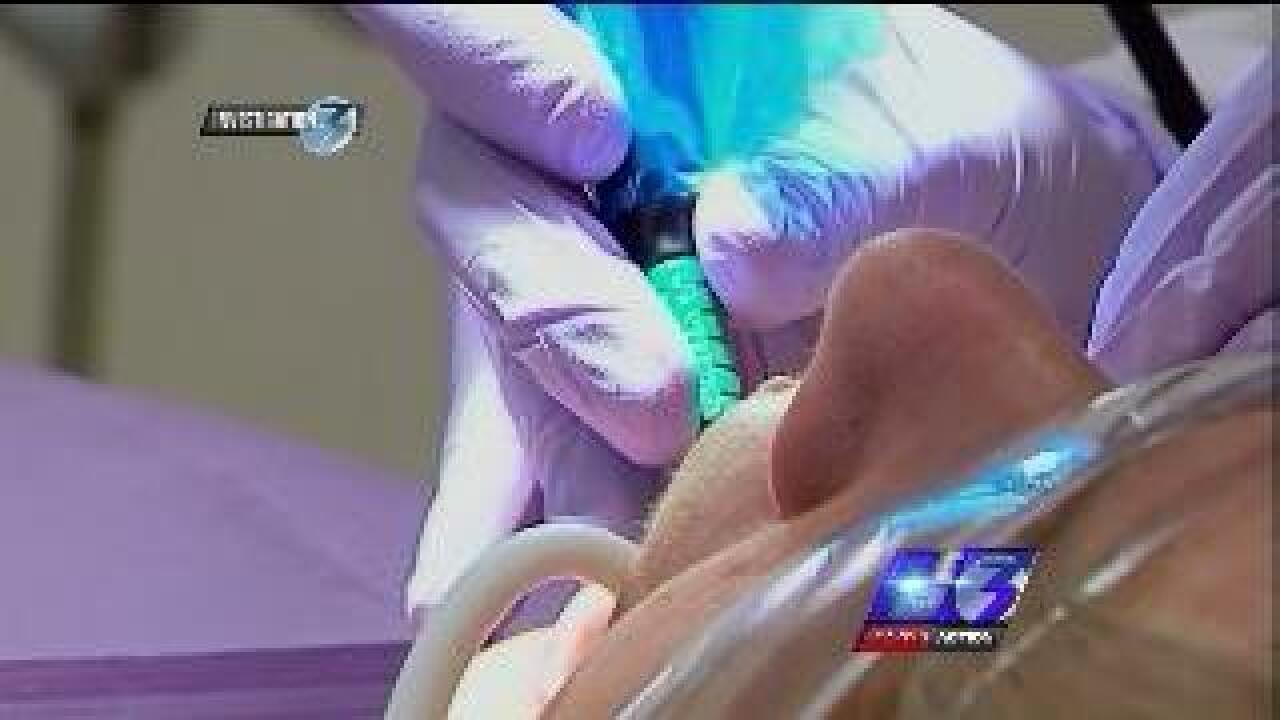 Sitting in a dentist's chair can be a nerve-racking experience.  You're at the mercy of their skill and expertise.

It may be unsettling to learn that a NewsChannel 3 Investigation found that the Virginia Board of Dentistry licensed dentists who have done time for "distributing cocaine," performed "unnecessary and excessive procedures," committed "health care fraud,"  or "heated a dental probe with a cigarette lighter."

The Board reviews complaints about dentists and concerns about any criminal activity.  They decide if the dentists are reprimanded, keep or lose their licenses.

"The intent of licensure is to say that this person has met the minimal education standards and passed the clinical exams that say they are minimally competent to practice dentistry," said Reen.

Board of Dentistry records show the Board has reprimanded dozens of dentists over the years.

In the last 10 years, the Board revoked six licenses, but chose to reinstate some of those licenses after a  state mandated waiting period for license renewal.

Roy Shelburne of Jonesville, Virginia had his license revoked after a federal court found him guilty of health care fraud in 2008. The Board reinstated his license on an indefinite probation status in 2011.

The Board revoked Virginia Beach dentist Donald Kern`s license after he pleaded guilty to distributing cocaine in 1988.  Six years later in 1994, the Board renewed his license.

Robert M. Block of Florida lost his Virginia license after the Board found that he "performed unnecessary root canals" and "violently slammed a patient's head back in a chair" during treatment between 2000 and 2003.  He now has an active license in the Commonwealth as of 2009.

"Clearly [the Board] is not protecting the citizens of Virginia," said Rosemary Rogers, a former patient of Chesapeake/Virginia Beach dentist Derrick Broadaway who was reprimanded after performing a bad root canal on her in 2009.  "It's absolutely ridiculous".

Click here to read our full coverage on the Broadaway Investigation.

A NewsChannel 3 investigation revealed Broadaway has a 15-year history of disciplinary actions with the Board, “incomplete extractions of teeth,” “drilling too deep into a tooth” causing the patient to have to have a root canal” and billing a patient’s insurance for work he did not do.

Over the years, the Board has fined Broadaway $42,000, suspended him from practicing for 60 days last summer, banned him from root canals for at least two years, and made him get more dental training.  However, the Board has never revoked his license, even though he meets one of several state qualifications for revocation.

"I don't understand.  Does somebody have to die before they revoke his license?" asked Rogers.

"We are here to protect the public, that is our focus, but we have to do it responsibly with respect to the licensee`s rights," said Reen. "The most important thing they can do is check the credentials of any health professional before going to them."

To check a dentist's records, head to the Virginia Board of Dentistry's website.

Once there, click license look up on the left side of the page.