Out with the iron, in with the cat: Monopoly fans choose a new token 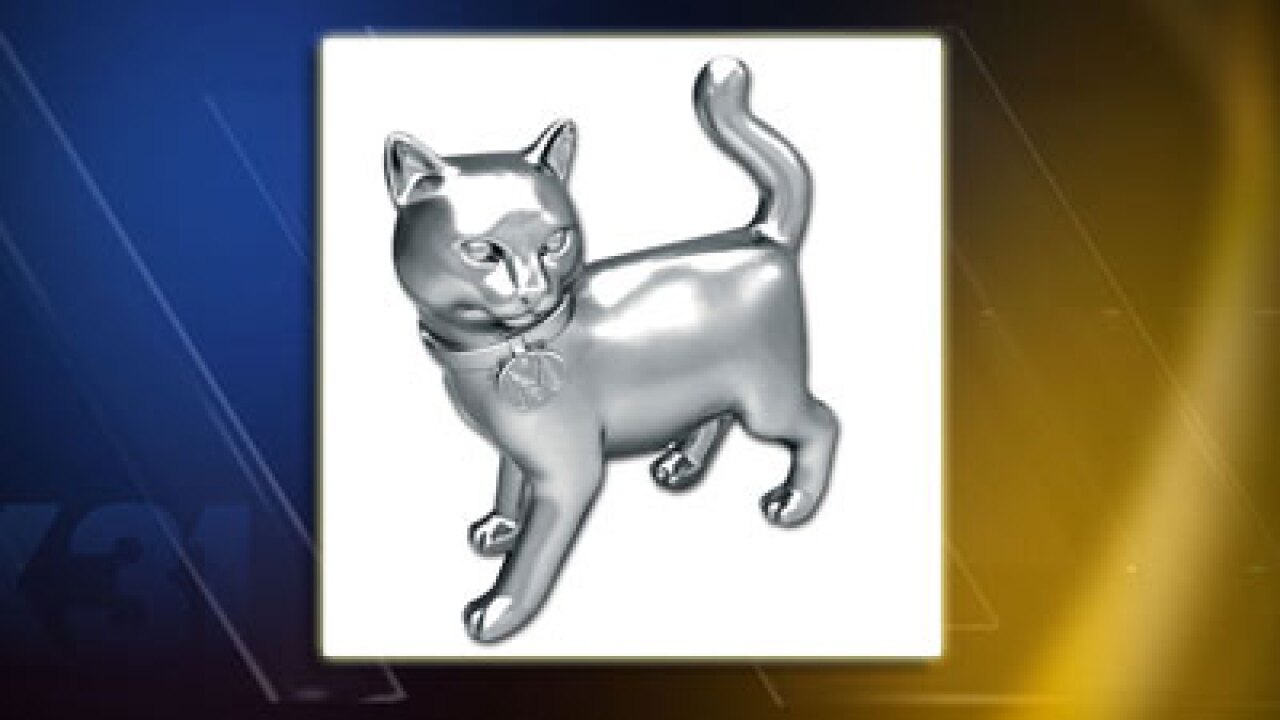 (CNN) —The iron is out and the cat is in when it comes to Hasbro’s latest update to its iconic Monopoly board game, the company announced Wednesday.

The company invited Monopoly fans to vote on which of its icons would be dropped in favor of a new one “that’s more representative of today’s Monopoly players,” Eric Nyman, senior vice president for Hasbro Gaming, said at the start of the campaign last month.

The boot, iron and wheelbarrow drew the least support from fans, while the Scottie dog received the most support.

“What? The cat? I demand a recount!!!,” Facebook user Dillon Lane posted on the Monopoly page.

“Yay, down with ironing and hooray for kittens!,” she posted on the Monopoly page.

More than 10 million people clicked the “like” button on the Facebook voting page for the token change.

The new token is expected to make its debut in mid- to late 2013. Until then, fans can still buy games with the old tokens.

Before the announcement, many were seriously sweating the outcome.

“I will never be able to buy another monopoly game again without the SHOE! I always get the shoe!” said Jennifer Simonson-Wehrle.

“IRON FOR LIFE!!!” said a post from Sarah Jane Stevens.

But Ali Muzaffar Khan had no love for the iron.

“Scrap the IRON,” he said, sporting a smiley face.

The wheelbarrow was taking its lumps too.

“The wheelbarrow ALWAYS tips over,” said Kristin Kramer. “That one could stand to be replaced.”