Speeding in Virginia Beach could land you in the slammer 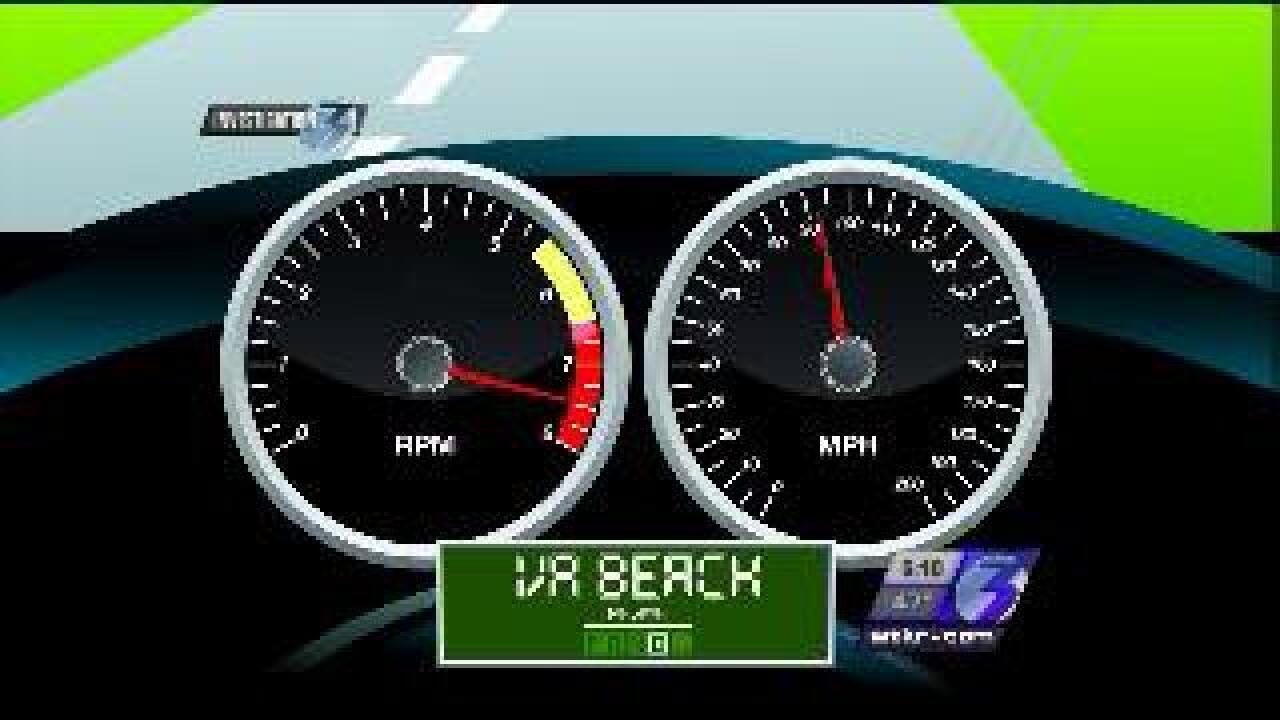 Virginia Beach, Va. - A sailor told the judge he is deploying to Spain. The judge ordered him to jail first.

A Chesapeake paramedic caught at 85 miles an hour was also ordered to jail.

And in front of her tearful father, a woman named Casey found she's getting locked up.

"They couldn`t believe it," another said. "Nobody thought I was going to jail, but it happened."

So what crime put these people in handcuffs? All of them were caught speeding.

"Does the person doing 80 or 90 aggravate me? I think he aggravates every person on the road," Woolard said.

In Virginia Beach, the area's fastest drivers are facing the toughest judges, where high speeds almost certainly guarantee at least a weekend in the slammer.

"Even with no prior record, you`re probably looking at a weekend in jail," Woolard said.

No court keeps track of speeders and their jail sentences. So NewsChannel 3 reviewed thousands of speeding tickets in seven cities, looking for the worst of the worst. The research revealed Virginia Beach drivers race the fastest, mainly on I-264. They go to jail the most often.

For this story, we're not talking about 10 over the limit, or even 20 over. We're talking about drivers who race by you on the intestate so fast you say, "That guy ought to be in jail."

Beach judges agree. But in other cities, those drivers get breaks.

We looked at drivers caught at 90 miles an hour or more.

In Chesapeake, when drivers are caught between 90 and 95, only 8% go to jail.

In Portsmouth, we found only a handful of high-end speeding tickets, and no one went to jail.

In Norfolk, fewer than two of 10 speeders got locked up.

In Newport News, it was about the same story.

But in Virginia Beach, 73% percent of these high-speeders, 7 of every 10, go straight to jail including Casey Davis.

"I was in criminal court before, and I didn't go to jail," Davis said. "But I am in traffic court going to jail. That`s a little weird."

Woolard says I-264 has turned into a race track, and it's got to stop. The judge says, and state numbers agree, that Virginia Beach is near the top of a terrible list, the most traffic deaths in the state. Speeding is often to blame.

"They don't even know what havoc they've wreaked on the roads," he said.

Davis had not a single ticket on her record when a trooper clocked her at nearly 100.

In court, Woolard told her: "...can`t go but so far when you get to this point."

Her sentence was two weekends in jail.

"I`m not looking forward to it at all, but sitting and crying about it isn't going to do anything for me," she later told NewsChannel 3. "It`s just going to make the situation worse. I might as well own up to it, be an adult about it, and get it over with."

Patrick Jones was caught at 107.

Judge Pamela Hutchens told him, "You were going almost twice the speed limit. That`s unacceptable. There needs to be an acknowledgment on your part how dangerous this activity is."

Michael Todd, a Chesapeake paramedic and National Guardsman, was caught at 85. Hutchens reviewed his driving record.

"Let me see how many times you've had blue lights in the rear-view mirror," she said. "Eight. This is your ninth time."

He received ten days in jail.  It was a decision that clearly surprised him. He told her he had to first make arrangements with his job.

"You didn't come in here today prepared to possibly be unavailable?" she asked.

So what happens when drivers go even faster? At 96 and above in all cities - especially Virginia Beach - jail is nearly guaranteed. But despite Virginia Beach`s get-tough attitude, the state-trooper docket is packed with high speeders. To the judges, that`s a sign they are still not getting through.

"I`m not sure we`re being successful yet," Woolard said. "I'm not seeing any reduction. And the answer to that is, or the question is, do we need to be even a little tougher?"